And it sure does take a great deal of confidence to intentionally expose your undies as an outfit accessory of sorts. Perhaps this is why A-listers are usually the early adopters of certain risqué trends.

Last year, model Hailey Bieber caught our attention and admiration when she walked the pink Met Gala carpet in an Alexandra Wang gown. Hailey's Alexandra Wang Met Gala 2019 gown was "work at the front and party at the back" - a long-sleeved turtleneck with an exposed back and "Wang" embellished on the thong - gave us a look that I would describe as elegance with an edge. Hailey Rhode Bieber is seen arriving to the 2019 Met Gala Celebrating Camp: Notes on Fashion at The Metropolitan Museum of Art on May 6, 2019 in New York City. (Photo by Gilbert Carrasquillo/GC Images)

To give us another memorable look from the last Met Gala of the decade, was Lupita Nyong'o who wore a Versace dress to the afterparty. The Versace chain created this exposed thong illusion at her lower back much like Beyoncé's British Vogue December 2020 look. (Swipe to see the stunner)

Teasing a peek at one's intimate accessories has long been a part of the game of risqué fashion, and when we all embraced the "underwear as outerwear" movement circa 2016, a gap for reimaginations of the past was opened. I guess that's why exposed thongs are the new old way to show off some cleavage.

So as no stranger to provocative accoutrements, Bey has created a stir with her latest showstopper - an Agent Provocateur crystal thong demurely positioned atop her derrière, popping against her red custom gown by CFDA award-winning designer Christopher John Rogers. This makes for just one of her stellar looks for the British Vogue December 2020 she is the cover star of.

?????? When the legends call, you answer. Dripping in contoured, bias-cut, 4-ply silk crepe and 10 yards of satin faced silk organza, Beyonce´ Giselle Knowles-Carter in a custom #ChristopherJohnRogers evening frock in Crawfish for the December 2020 issue of British Vogue, styled by the icon @edward_enninful, and captured by the brilliant @internetbby. Thank you to my team for turning this extravaganza out in record time! ??????

This editorial was styled by the publication's Editor-in-Chief, Edward Enninful, and shot by 21-year-old Kennedi Carter - the youngest photographer to ever shoot a Vogue cover. Once again, Edward makes a historical move - this time, with Bey's help.

While we're talking history, let's take a backside look at other stars who've made a statement by dotting their "i's" and crossing their T-strings on red carpets.

Actress Gillian Anderson sported this ballsy trend in 2001 at the Vanity Fair Oscar after party. Halle Berry also played peek-a-boo on the 2000 MTV Movie Awards red carpet, while the 'bad girls' of the noughties era - Britney Spears, Christina Aguilera and Paris Hilton - all dabbled in the exposed thong trend on more than one occasion. 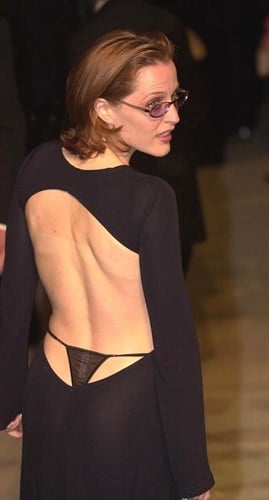 It became a regular occurrence to see the spaghetti strap equivalent of underwear peeking out of the low rise jeans and skirts of 2000s fashion enthusiasts and TV stars.

Perhaps these somewhat risqué gowns have eased us into a less conservative gaze that can now allow us to embrace the return of this daring game of peek-a-boo that has since been cemented on red carpets by a few A-listers and reality TV stars of this era.

In 2017 - also at the Met Gala (like Hailey and Lupita) - Kendall Jenner gave us a reupholstered La Perla version of Rose McGowan's 1998 MTV VMA's "sheer fringe dress that fully exposed her black thong". 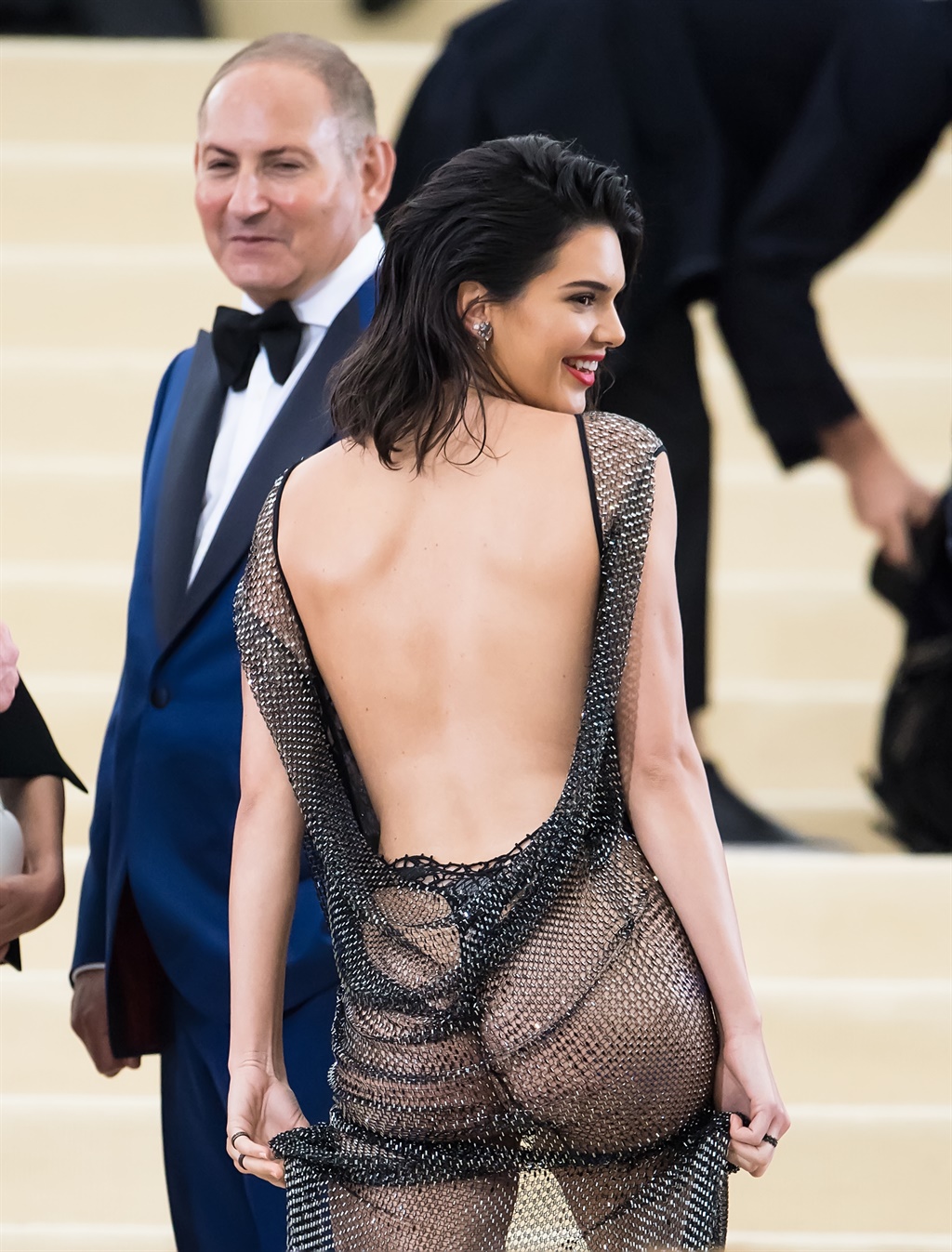 In 2018, People Magazine spotted J.Lo on set for a music video in tweed trousers and a matching high-cut thong, and it really wasn't as jarring as a concept as it sounds.

So we think this "dare if you will" trend will also soon hit local streets too in an unexpected high fashion kind of way.

And for one last look at this phenomenal image...

We live in a world where facts and fiction get blurred
In times of uncertainty you need journalism you can trust. For 14 free days, you can have access to a world of in-depth analyses, investigative journalism, top opinions and a range of features. Journalism strengthens democracy. Invest in the future today. Thereafter you will be billed R75 per month. You can cancel anytime and if you cancel within 14 days you won't be billed.
Subscribe to News24
Related Links
Can I just dress naked in peace, please?
Telfar, Pyer Moss, Christopher John Rogers claim CFDA Awards - a win for the black fashion community
Rihanna makes history as she fronts the May issue of British Vogue in a durag
Next on Life
These BET Awards looks remind us why risqué will never be out of style