In a previous W24 article about career crushes I mentioned that Tracee Ellis Ross may not be my career crush, but she is without a doubt my role model. In that article I didn't unpack why this is so, but I think her 47th birthday is reason enough to do so now.

Tracee Ellis Ross is not only the daughter of the iconic singer Diana Ross, but she is an icon in her own right, embodying a kind of success and contentment many black woman aspire to.

When I grow up I want to be Tracee Ellis Ross. I quite literally have to be.

Aside from being an uncontested style maven thanks to what she calls "no pressure glamour", the multi-hyphenate Hollywood star has her politics in the right place, her heart beating in solidarity with important social justice movements, she's confidence and gravitas personified and there's something undeniably admirable about her brand of black girl joy.

Perhaps what's particularly admirable about it is the fact that often, black women of a mature age are expected to carry a story of past burdens/trauma around with them everywhere they go - to every interview, in at least three paragraphs of a cover story or over a red carpet vox-pop.

This is not to diminish the stories of the women who tell them - rightfully so - nor to imply that this award-winning actress doesn't speak on substantive issues happening in the world over (she does), but rather to highlight how refreshing it is to see a black woman living her truth unapologetically, while always remaining aware of her privileges. And that truth is happiness and wealth. Yes, even without any romantic attachment to a man despite the societal expectations the media imposes on successful women like herself and Rihanna.

In her InStyle cover story for the November 2018 issue, Tracee mused on how "fascinating" it is to be 45 (at the time of shoot) with no husband, 2.4 children and a white picket fence, expressing that she's "happily single" and "not at home crying about it".

These are very big and personal questions that aren’t anyone’s business but that somehow, like the right to choose, become fodder for public conversation. Some of the ability to reflect on what I really want comes from pushing up against a society that shames me for not having the expected trappings. I’m very pleased with my existence these days. Have I had to learn to make friends with loneliness? Yes. I think if I were in a relationship, it would be the same," she added.

And it was at that moment, in my mere twenties, that I too, started to make friends with the idea that I may also one day have a Tracee Ellis Ross life in all its single, stylish glory!

So in celebration of her 47th birthday (29 October), we take a look at some of her most memorable pink (and a touch of purple) ensembles:

At the POPSUGAR X ABC "Embrace Your Ish" Event at Goya Studios on September 17, 2019. 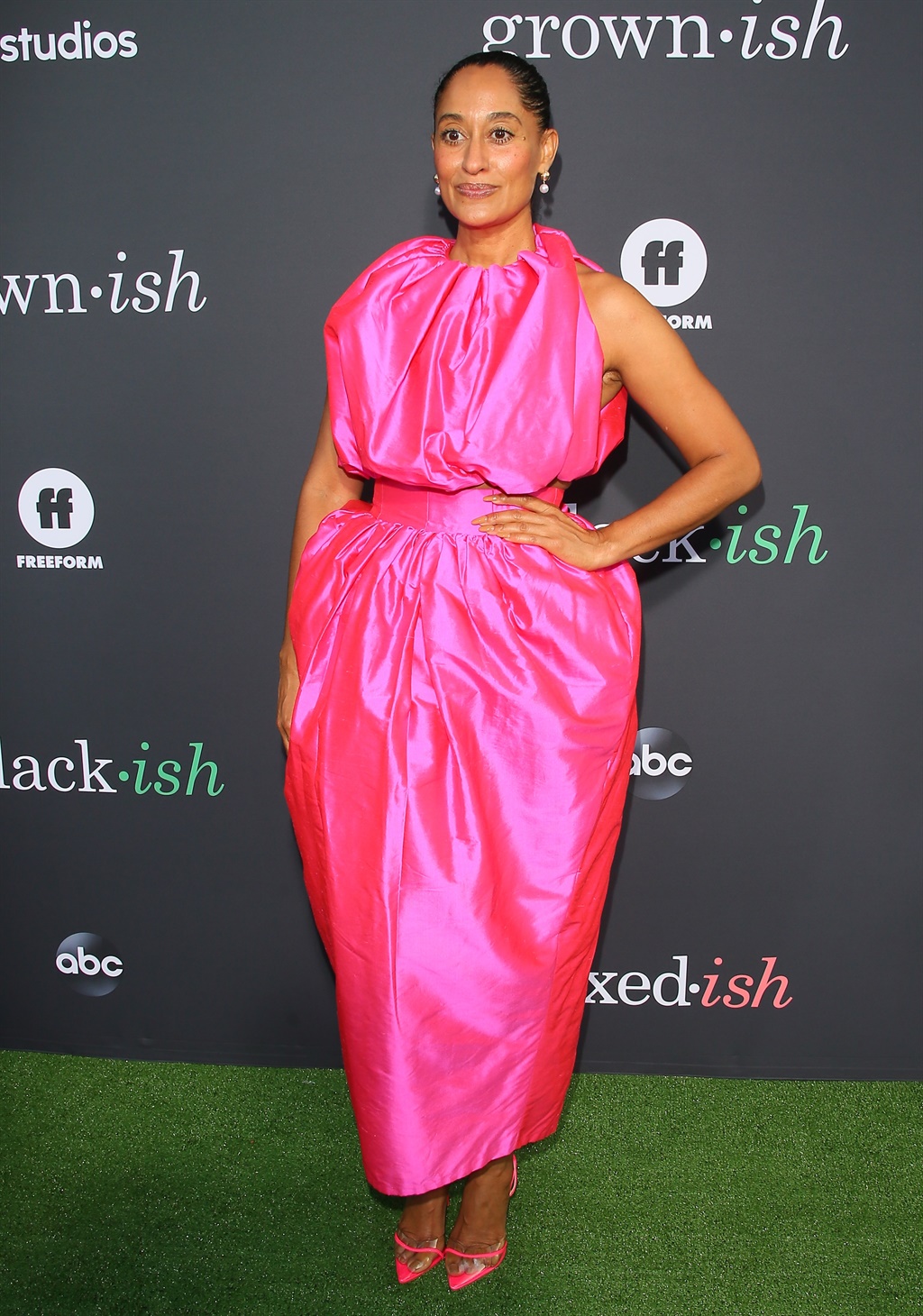 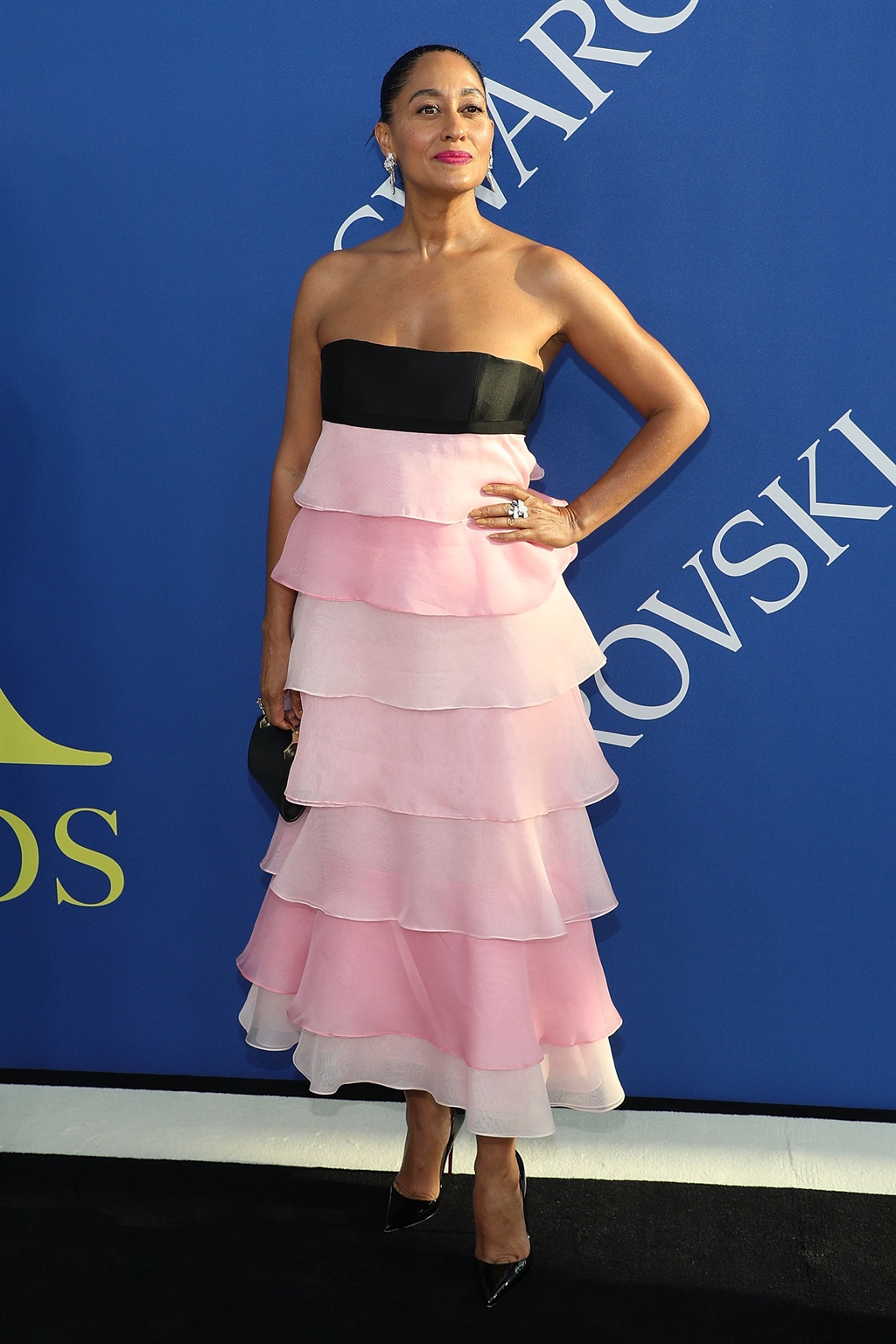 At the FYC event for ABC's "Blackish" at Walt Disney Studios on April 28, 2018 in Burbank, California. We live in a world where facts and fiction get blurred
In times of uncertainty you need journalism you can trust. For 14 free days, you can have access to a world of in-depth analyses, investigative journalism, top opinions and a range of features. Journalism strengthens democracy. Invest in the future today. Thereafter you will be billed R75 per month. You can cancel anytime and if you cancel within 14 days you won't be billed.
Subscribe to News24
Related Links
Tracee Ellis Ross launches a hair care line adding to the list of inclusive beauty brands we love
14-year-old Marsai Martin is Hollywood's next big thing and she has the style to go with it
Appreciating Diana Ross' golden years of supreme bedazzled gowns and voluminous coats on her 75th...
Next on Life
These BET Awards looks remind us why risqué will never be out of style