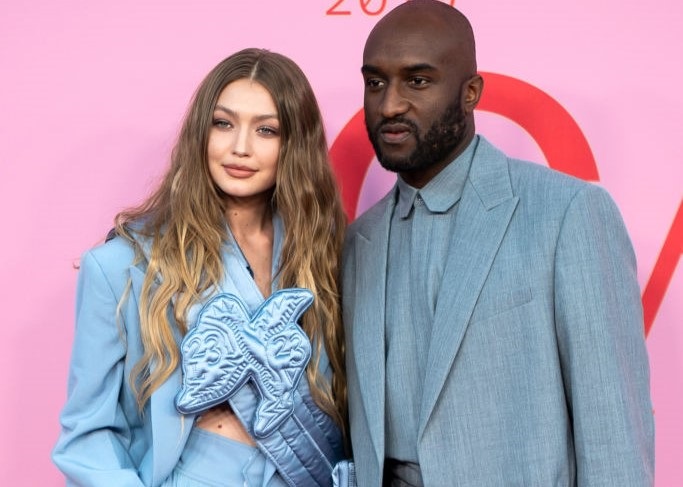 Off-White founder and Louis Vuitton creative director Virgil Abloh has made a lasting impact in the lives of many. Gigi and Bella Hadid were among those people and became his muses on the runway. The two models would be seen ever so often with him on red-carpets and at social events.

Virgil recently passed on after he struggled with cancer after being diagnosed in 2019. A heartbroken Gigi shared a heartfelt message after the loss of her friend.

"His kindness and energetic generosity left a lasting impression on every life he touched— he made everyone feel seen and special. He will be deeply missed, cherished, and celebrated by me and all the people and industries that have been lucky enough to work around & know the true supernova behind this man," she wrote.

Gigi added that Virgil would forever be adored and magical.

"You will continue to inspire me every day, V. I feel blessed and honored by every moment. Rest easy, my friend. You are so loved. You were the difference. As we always said," Gigi continued.

Bella was also one of the celebrity models who was frequently spotted with Virgil. She says the fashion maverick broke boundaries and made everything his own. "You shared your love infinitely. The way your brain worked was beyond anything , and the way you did every single thing in life for your family, friends, and for the better," Bella says.

She continued to say he was someone to everyone, which was the magic power he held.

"He made every person he came across feel special in whatever way he possibly could. Even when the world felt sad, he brought laughter and colour, and beauty. The way he made a positive impact on anything he touched, and always pushed for his culture/the world is the reason why he was an angel on earth and one to so many. The most beautiful warrior soul. I can't believe this," Bella wrote.

Virgil was laid to rest in Chicago on 7 December.

We live in a world where facts and fiction get blurred
In times of uncertainty you need journalism you can trust. For only R75 per month, you have access to a world of in-depth analyses, investigative journalism, top opinions and a range of features. Journalism strengthens democracy. Invest in the future today.
Subscribe to News24
Next on W24
Classy and effortlessly chic looks to celebrate 100 years of Chanel N°5