The 76th Annual Golden Globe Awards kicked off this year's awards season on Sunday 6 January at the the Beverly Hilton Hotel.

Hosted by Killing Eve lead actress Sandra Oh and US actor Andy Samberg, this year's ceremony had a more light-hearted and colourful energy about it. This is in contrast to 2018's necessary and poignant #MeToo movement that saw many stars showing up to the red carpet in black.

Last night, award winners including Lady Gaga, Regina King and Sandra Oh all made sure they don't go unnoticed on the red carpet, giving us these statement gowns worthy of their own standing ovations:

Did Lady Gaga pay homage to Judy Garland's 1954 A Star Is Born ball gown or was it pure coincidence that she opted for a very similar 'shallow blue' custom Valentino Couture gown? We think it may have been the former and she absolutely knocked it out the park and stole the red carpet.

Judy Garland - A Star Is Born (1954) | Lady Gaga tonight at the #GoldenGlobes pic.twitter.com/4DcYw2aMfW 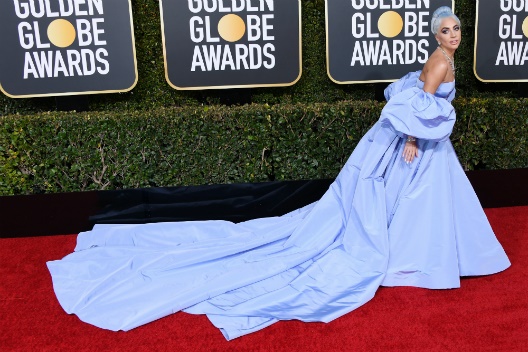 Regina King appeared on the red carpet in this stunning Alberta Ferretti dress to pick up her award for Best Supporting Actress (If Beale Street Could Talk) award. Danai in red Rodarte, Lupita in Calvin Klein and Janelle in a gold fantasy tweed Chanel dress all make for the ultimate picture of melanin perfection. One of Oh's many head-turning outfits included this white carpet-grazing Versace gown. Kiki's first 2019 red carpet appearance in this blush pink custom Dior gown has now put her on everyone's radar as the star to watch this year after her breakout performance in If Beale Street Could Talk. Remarkable actress Octavia Spencer is an image of absolute class in this black number. Award-winning actress Rosamund Pike has an affinity for well-tailored cut-out dresses, and this time she completed her Givenchy Haute Couture look with an embellished jacket. Will she ever age? Not in this lifetime. Halle Berry in Zuhair Murad. This looks like a red carpet friendship we could totally get on board with. Heidi wore a Monique Lhuillier gown. Former child star Dakota Fanning is always a showstopper on the red carpet. Last night she did not disappoint in Armani Privé. 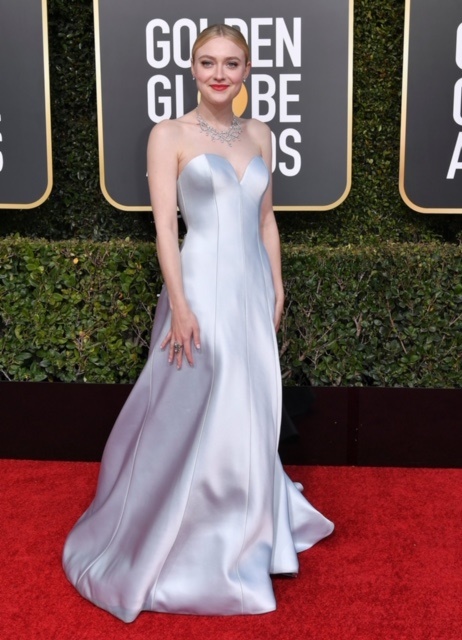 A blush pink gown reminiscent of Emmy's Phantom of the Opera days. Both these youthful A-listers donned Louis Vuitton on the red carpet. We live in a world where facts and fiction get blurred
In times of uncertainty you need journalism you can trust. For only R75 per month, you have access to a world of in-depth analyses, investigative journalism, top opinions and a range of features. Journalism strengthens democracy. Invest in the future today.
Subscribe to News24
Related Links
From the unconventional to the glamorous: memorable wedding dresses we loved in 2018
Meet the women behind duchesses Meghan Markle and Kate Middleton's signature styles
Beyoncé and Naomi Campbell prove they love these local designers as much as we do during their...
Next on W24
From ballgowns to risqué dresses: red carpet looks from The Fashion Awards 2021