Kardashian, her blonde hair in a tight bun, walked gingerly in the close-fitting dress as boyfriend and comedian Pete Davidson held her hand on the red carpet. Davidson chose a black suit and sunglasses.

The star of The Kardashians said she lost 16 pounds in three weeks so she could wear the iconic dress that Monroe sported in 1962.

"It was such a challenge," Kardashian said. "It was like a role. I was determined to fit this." Known for celebrities in over-the-top outfits, the Met Gala returned to its traditional date of the first Monday in May, just eight months after 2021's pandemic-delayed event in September.

The event, a fundraiser for New York's Metropolitan Museum of Art, has been dubbed the Oscars of the East Coast. This year's A-list guests were told to dress in "gilded glamour".

Blake Lively, a Met Gala co-chair along with her husband, actor Ryan Reynolds, arrived in a glittering bronze-coloured Versace dress influenced by New York's Grand Central Terminal, the Statue of Liberty and the Empire State Building.

Attendants removed a large bow and rearranged the gown's long train to reveal a turquoise and copper look, a switch that Lively said was an ode to the greenish patina that bronze buildings develop over time. Musician Lizzo wore a black dress with a gold-embroidered jacket and carried a gold flute that she played briefly on the red carpet. Billie Eilish appeared in a light green Gucci gown that she said was made with existing materials to be eco-friendly. 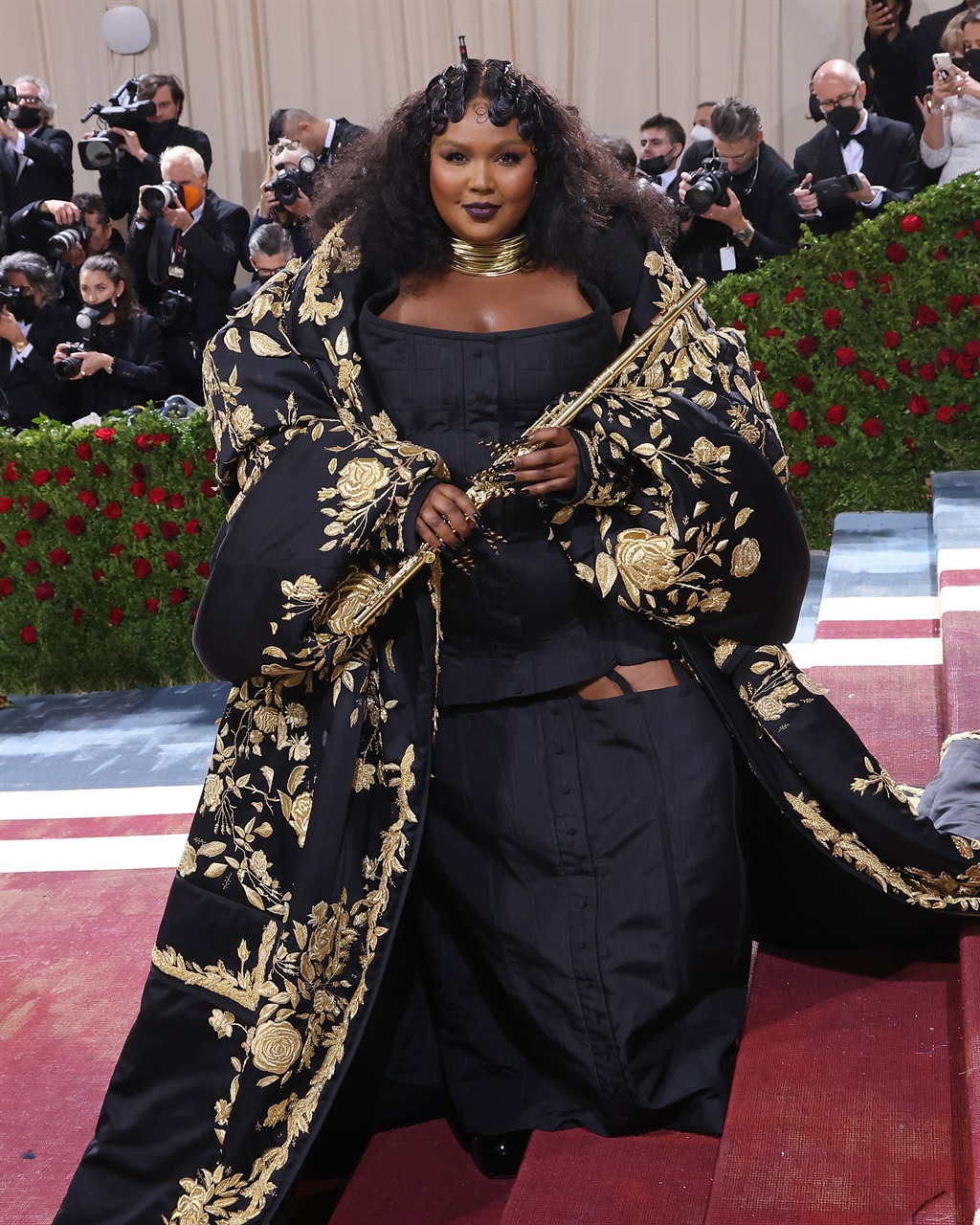 As usual, many celebrities seemed to ignore the night's theme. Model Gigi Hadid wore a red corseted jumpsuit with a large puffy coat. Singer Gwen Stefani stood out in a full-skirted neon-yellow gown. The invitation-only Met Gala marks the opening of the annual fashion exhibition at the museum's Costume Institute. This year's exhibit, "In America: An Anthology of Fashion", caps a two-part exhibition and focuses on the history of American dress.

Former presidential candidate Hillary Clinton said she was attending for the first time in 20 years to celebrate the American spirit. Her burgundy gown featured subtle embroidery of the names of 60 famous American women including abolitionist Harriet Tubman and Madeleine Albright, the late secretary of state.

New York City Mayor Eric Adams wore a tuxedo jacket with symbols of New York's subway system and "End Gun Violence" written on the back. He noted the economic struggles that many people experienced during the opulent Gilded Age of the late 1800s and early 1900s.

"Although we had some great inventions and some great architecture ... it was also a dark period," he said.

Gabrielle Union wore a silver Versace gown inspired by Diahann Carroll. A red rose on the front symbolised blood spilt by people of colour who helped build America, she said.

Actor and musician Janelle Monae donned a black Ralph Lauren gown with a silver- and black-striped hood that she described as "the gilded age of the future".

We live in a world where facts and fiction get blurred
In times of uncertainty you need journalism you can trust. For 14 free days, you can have access to a world of in-depth analyses, investigative journalism, top opinions and a range of features. Journalism strengthens democracy. Invest in the future today. Thereafter you will be billed R75 per month. You can cancel anytime and if you cancel within 14 days you won't be billed.
Subscribe to News24
Next on W24
WATCH | The Met Gala is back. Here's how Billie Eilish channeled Marilyn Monroe in 2021