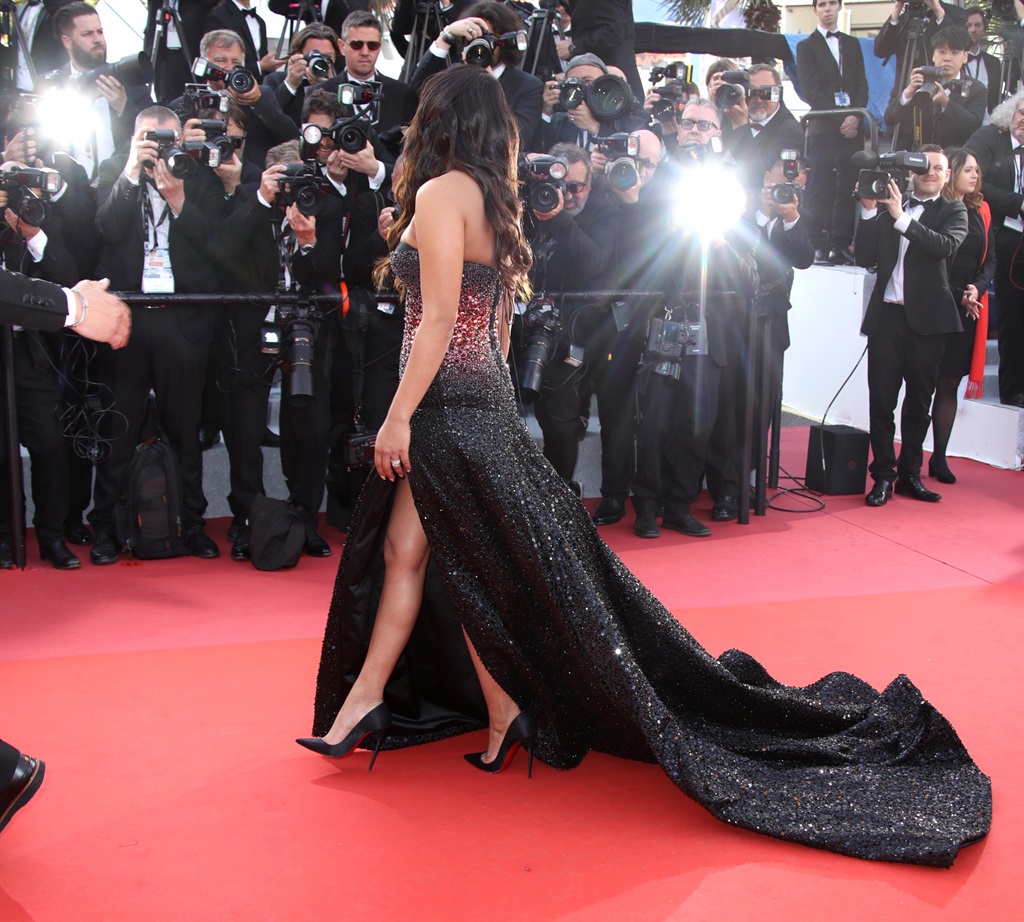 Priyanka Chopra attends the screening of Rocketman during the 72nd annual Cannes Film Festival on May 16, 2019 in Cannes, France. (Photo by Mike Marsland/ WireImage/ Getty Images

The Baywatch star was silently "freaking out" as she attended the Rocketman Premiere because her dress zipper had broken just moments before hitting the red carpet.

Priyanka shared the funny story of her wardrobe malfunction on Instagram, along with various photos of the gown in question.

She shared: “I may look chill on the outside here, but little did everyone know I had just been freaking out on the inside, the delicate zipper to this vintage @Roberto_Cavalli dress broke as they were zipping it up minutes before I had to leave for the red carpet at Cannes last year. The solution? My amazing team had to sew me into the dress on the way in the five-minute car ride!”

Priyanka promised more behind the scenes stories like this in her upcoming memoir, unfinished, which is set for release on the 9th of February. We live in a world where facts and fiction get blurred
In times of uncertainty you need journalism you can trust. For only R75 per month, you have access to a world of in-depth analyses, investigative journalism, top opinions and a range of features. Journalism strengthens democracy. Invest in the future today.
Subscribe to News24
Related Links
Lupita Nyong'o's red carpet tip that you can try for yourself
How the red carpet became fashion’s calendar highlight - second to actual fashion events
Rihanna reveals fears about iconic yellow Met Gala gown - 'I felt like I'm doing too much'
Next on W24
Fendi enlists Christy Turlington, Kate Moss, Naomi Campbell and more top names for Paris Fashion Week