The fashion industry's most prolific and iconic role player has died at age 85 in Paris.

Karl Lagerfeld's legacy was characterised by the paradox of monochrome attire worn throughout his colourful years, a silver mane but golden ideas and dark sunglasses that never dimmed the light on his extraordinary vision.

He was born on 10 September 1933 in Germany (although he never confirmed this date) as Karl Lagerfeldt, but he dropped the "t" for commercial reasons during the fledgling years of his career - also probably because he would never be caught in one.

“Luxury is the ease of a t-shirt in a very expensive dress.”

And after seven decades of an unrivaled seat on fashion's throne as a designer, creative director and overall voice of authority for the likes of Chanel, Fendi, Tommy Hilfiger and later his namesake luxury label, this legend now finally rests. Now the industry and Chanel, as we know it, have been left with a gaping hole.

MUST READ: Here's how people around the world are paying tribute to him

When the designer was too fatigued to take a bow at his Chanel show at Paris Fashion Week only a month ago, the world was a little heart-sore, hardly expecting that he would take his final bow so soon after, despite his age. 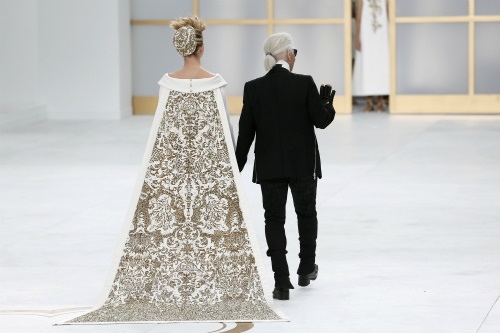 If anyone ever doubted the importance of fashion and its significance in the world, they need only refer to Karl's definition of it;

"Whatever it is, good or bad, it influences fashion. You can see that in fashion quicker than in any other thing going on. Fashion is something that reflects our lives and times with the shortest release, because, cars, design and architecture take years to realise.”

However, there were times when some of Karl's wit and pearls of wisdom were received as more outlandish and offensive rather than revolutionary.

Of course, this was a man who could be quite cavalier and irreverent at times, but harmless nonethless. For example, his 2018 Numéro interview did leave many a mouth agape with Karls' remark about Azzedine Alaïa being one of the most memorable quotes from it;

"... all he did was make ballet slippers for menopausal fashion victims."

Still, he created the sartorial standards we abide by now (even unknowingly). Think of the little black dress - everybody has one. One of Karl's most widely reiterated quotes is about the LBD.

One is never over-dressed or underdressed with a Little Black Dress.

When this German giant made an LBD, he would give it to us in all cuts, lengths and fabrics:

Here, a model walks the runway in a sheer little black dress at the Silvia Venturini Fendi and Karl Lagerfeld show during Milan Fashion Week Fall/Winter 2017/18. And below, two earlier variations of the LBD from the '80s. 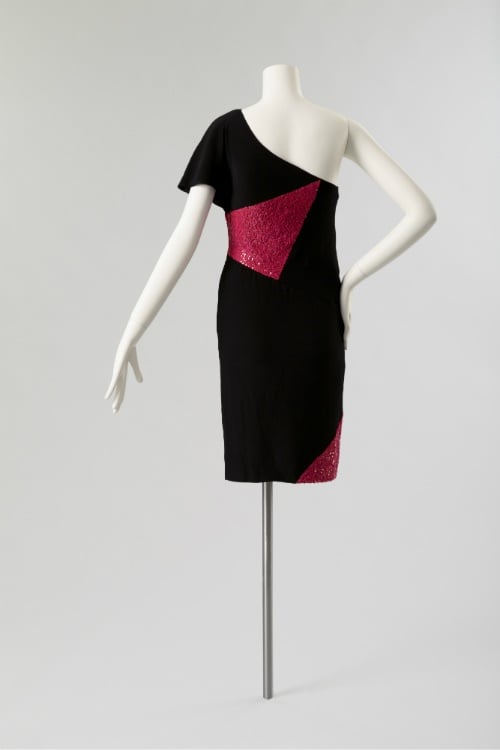 For his 1985 Spring/Summer collection. Karl Lagerfeld's status as an industry king all started with a design competition in Paris that he submitted a series of sketches and fabric samples to at age 16.

READ MORE: All eyes are on Chanel's new creative director Virginie Viard, the woman who takes over from Karl Lagerfeld

We take a look at some of Karl Lagerfeld's work through the decades and how it shaped our perceptions of fashion and beauty:

“What I like about photographs is that they capture a moment that’s gone forever, impossible to reproduce.”

And one such moment is this image of Karl at work during his first year at Chanel in 1984. “To design is to breathe, so if I can’t breathe, I’m in trouble”

He vowed to never retire - a man of his word - declaring that for him, to design is to breathe. Here, the inimitable designer is captured in his element in 1979. “People who do a job that claims to be creative have to be alone to recharge their batteries. You can’t live 24 hours a day in the spotlight and remain creative. For people like me, solitude is a victory.”

This 1974 Vogue portrait of Karl is perhaps the most apt visual representation of his happy solitude. Perhaps even more fitting is the fact that it was taken for Vogue - a publication that would go on to laud him for decades to follow. With Vogue Editor-in-Chief Anna Wintour, who has been in this position almost as long as KL was at Chanel. “I like to reinvent myself — it’s part of my job.”

Although, his style never strayed from its blueprint, there are subtle tweaks to be observed over the decades. Karl adored the women and muses he worked with, having a hand in how their reinvented themselves, which in turn allowed them to tap into their beauty and confidence. The Lagerfeld look we knew for the latter part of his career. Plus, an iconic image from his iconic legacy that he leaves behind at Chanel.

It is with deep sadness that the House of CHANEL announces the passing of Karl Lagerfeld, the Creative Director for the CHANEL Fashion House since 1983. An extraordinary creative individual, Karl Lagerfeld reinvented the brand’s codes created by Gabrielle Chanel: the CHANEL jacket and suit, the little black dress, the precious tweeds, the two-tone shoes, the quilted handbags, the pearls and costume jewelry. Regarding Gabrielle Chanel, he said, “My job is not to do what she did, but what she would have done. The good thing about Chanel is it is an idea you can adapt to many things.” A prolific creative mind with endless imagination, Karl Lagerfeld explored many artistic horizons, including photography and short films. The House of CHANEL benefited from his talent for all the branding campaigns related to Fashion since 1987. Finally, one cannot refer to Karl Lagerfeld without mentioning his innate sense of repartee and self-mockery. Alain Wertheimer, CEO of CHANEL, said: “Thanks to his creative genius, generosity and exceptional intuition, Karl Lagerfeld was ahead of his time, which widely contributed to the House of CHANEL’s success throughout the world. Today, not only have I lost a friend, but we have all lost an extraordinary creative mind to whom I gave carte blanche in the early 1980s to reinvent the brand.” Bruno Pavlovsky, President of Fashion at CHANEL, said: “Fashion show after fashion show, collection after collection, Karl Lagerfeld left his mark on the legend of Gabrielle Chanel and the history of the House of CHANEL. He steadfastly promoted the talent and expertise of CHANEL’s ateliers and Métiers d’Art, allowing this exceptional know-how to shine throughout the world. The greatest tribute we can pay today is to continue to follow the path he traced by – to quote Karl – ‘continuing to embrace the present and invent the future’.” Virginie Viard, Director of CHANEL’s Fashion Creation Studio and Karl Lagerfeld’s closest collaborator for more than 30 years, has been entrusted by Alain Wertheimer with the creative work for the collections, so that the legacy of Gabrielle Chanel and Karl Lagerfeld can live on.

One article cannot sufficiently encapsulate how Karl Lagerfeld's life was one of the greatest gifts to an industry that has had its fabrics stained by so much controversy. In the face of it all he managed to snip through and present masterpiece after masterpiece, living by this simple philosophy.

There is no secret to life. The only secret is work. Get your act together, and also, perhaps, have a decent life. Don’t drink. Don’t smoke. Don’t take drugs. All that helps. A final bow. A standing ovation for the beauty he opened our eyes to.

We live in a world where facts and fiction get blurred
In times of uncertainty you need journalism you can trust. For 14 free days, you can have access to a world of in-depth analyses, investigative journalism, top opinions and a range of features. Journalism strengthens democracy. Invest in the future today. Thereafter you will be billed R75 per month. You can cancel anytime and if you cancel within 14 days you won't be billed.
Subscribe to News24
Related Links
18 times Hervé Léger's signature bandage dress had us wrapped around his little finger
8 of Giambattista Valli's most jaw-dropping red carpet creations
What '90s Naomi Campbell and 2013 Rihanna have in common
Next on Life
These BET Awards looks remind us why risqué will never be out of style