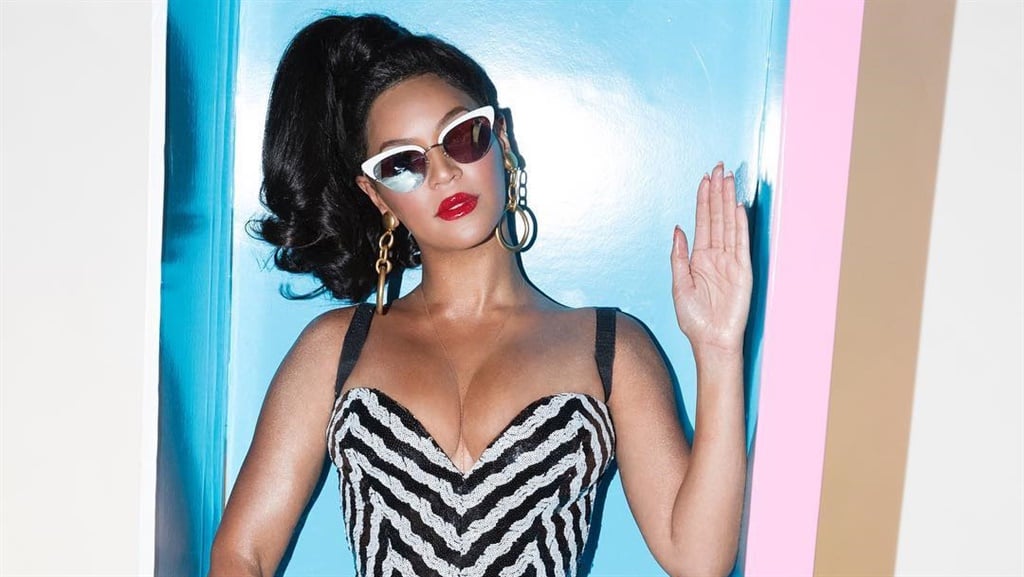 For this list, we’re looking at all our favorite costumes that famous faces have worn over the years, from Cardi B as Cruella de Vil to Beyoncé as Barbie.

Actress Christen Bell famously voiced the character of Anna in the animated movie Frozen and yet she somehow ended up as Anna's sister Elsa for Halloween. Twice. One of Kristen's daughter's was dressing up herself as Elsa for Halloween and wanted her mom to wear a matching costume.

As her Instagram caption for the image she wrote, "When your daughter demands you both be Elsa for Halloween you grin and forken bear it [sic]."

The costume itself isn't a spectacular one but the look on the actress' face says it all.

Cardi B as Cruella de Vil

Rapper Cardi B demands attention anywhere she goes, so it should come as no surprise that she went all out with her costume when she attended the Dress to be free Halloween party at House of Yes in 2017. She dressed up as one of the most famous and fabulous movie villains of all time, Cruella de Vil from 101 Dalmatians.

The fact that a live dalmatian was part of the costume was just the icing on the cake. Let's just hope no real animals were hurt in the makings of this look.

Kim Kardashian West and Jonathan Cheban as Sonny and Cher

Kim Kardashian is known for taking herself pretty seriously, seeing her in anything other than her typical curve hugging ensembles is always a treat.

She didn't exactly go out on a limb when she dressed up for Casamigos Halloween party in LA in 2017, sporting a 70s look of singer Cher with her long-time friend Jonathan Cheban accompanying her in a Sonny costume. Kim and Jonathan may not quite go down in history as a duo as memorable as Sonny and Cher but, hey, they can sure try.

Sophie Turner and Joe Jonas as Morticia and Gomez Addams

Sophie Turner and Joe Jonas clearly have a good sense of humour when it comes to their Halloween costumes with Joe dressing as his wife's Game of Thrones character Sansa Stark one year. But even better was when they pulled off an epic couples' costume, dressing as Morticia and Gomez Addams from The Addams Family in 2018.

The pair looked absolutely spot on in their outfits, managing to look both glamorous and spooky at the same time. Makeup artist Dusky Starks helped Sophie achieve the perfect ghostly glow as well as Morticia's signature's winged eye look.

Sometimes a celebrity delivers a costume that we feel like they were just made for, and this is one great example.

In 2016 the Knowles-Carter family went all out dressing as the most famous doll in history. Queen Bey went as vintage Barbie, complete with a box while her hubby Jay Z dressed as his own version of Ken.

She wore a black and white chevron pattern body suit and when she came out of the box she donned an electric pink furry coat to complete the look. Seriously, what more could we ask for.

Things were a little more hopeful in 2016 near the end of the U.S. election campaign when it looked like the country might just have its first-ever female president. In the midst of all the excitement, singer Katy Perry attended Kate Hudson's annual Halloween Party dressed as Democratic presidential candidate Hilary Clinton.

And while the pop star is known for her sultry outfits, she went for full authenticity with this look - prosthetic, pant suit and all. She had a friend accompany her as Bill and her beau Orlando Bloom went as an exaggerated Donald Trump.

Heidi Klum is the undisputed queen of Halloween and for her 19th annual Halloween party in 2018 she went all out. Sure, her Jessica Rabbit look from 2015 was impressive but our favourite costume she's ever done has to be when she fully committed to Princess Fiona from the Shrek franchise.

The normally gorgeous model didn't retain any of her good looks when she painted herself green and transformed her body to that of a hefty ogress. The prosthetics used are definitely movie quality, making the star totally unrecognisable.

In 2015, for Live's best Halloween show ever on Live with Kelly and Michael, the co-hosts decided to take on a topical and hilarious pop culture reference for their joint costume. They impersonated Katy and her memorable backup dancer Left Shark from the Superbowl half time show.

Left Shark gained notoriety when during a performance of Teenage Dream, the dancer in the costume seemed incapable of keeping up with the routine throughout the song and leaving TV audiences bewildered. Kelly putting Michael in the costume as a lackey was just too funny.

Who are your favourite celeb Halloween costumes of all time? Let us know here.