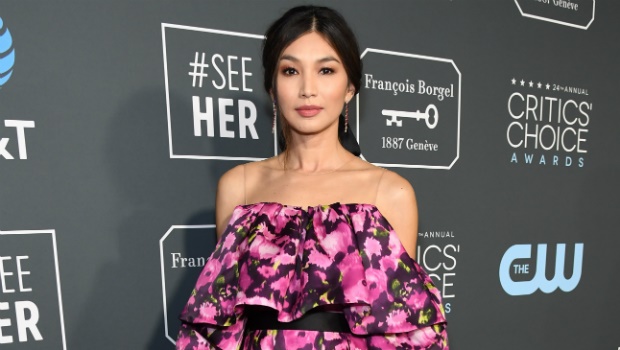 The 2019 awards season is officially in full-swing, as last night we marveled at fairy tale dresses on the second major red carpet, the annual Critics’ Choice Awards.

Barker Hanger in Santa Monica was a star studded venue draped in designer fabrics all along the red carpet.

One of last night's eventful turns included the shared award for best actress - Glenn Close and Lady Gaga both took home the award as it seems the critics couldn't make up their minds.

All may not have walked away with awards, but they gave us a stellar fashion show.

The black panther star dazzled in a gorgeous embellished Jenny Packham dress and complemented the look with Gismondi 1754 jewelry.

Laura Harrier does it again in monochrome Louis Vuitton gown. This time in white.

Chrissy Teigen in Maison Yeya. We love the complementing ice detail on her waist, clutch and earrings.

Kiki showed up in an embellished Versace gown paired with Casadei heels. It's another red carpet win for this box office star.

Viola Davis looked spectacular in an asymmetrical gold gown, as she also debuted a new hairdo.

Charlize Theron brought glamour to the awards show in a metallic Givenchy dress.

We live in a world where facts and fiction get blurred
In times of uncertainty you need journalism you can trust. For only R75 per month, you have access to a world of in-depth analyses, investigative journalism, top opinions and a range of features. Journalism strengthens democracy. Invest in the future today.
Subscribe to News24
Related Links
Our favourite moments from the notorious Golden Globes VIP elevator
Lady Gaga, Janelle Monáe and Kiki Layne create a stir on the 76th Annual Golden Globe Awards...
Supermodels and fashion icons wowed in tassels, sequins and silk on the 2018 British Fashion...
Next on W24
Still effortlessly stylish at 100: An ode to fashion icon Iris Apfel whose style has clocked a century