Who are the rich young royals turning Instagram into a 24/7 red carpet event? 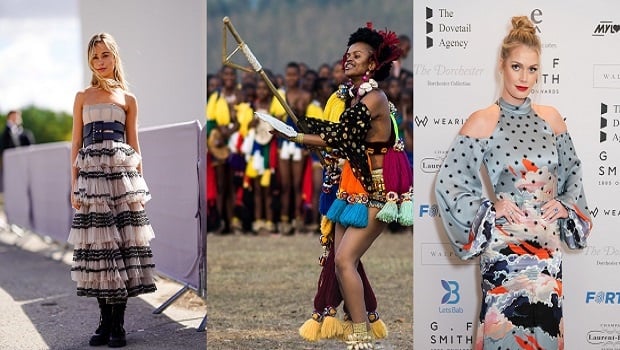 Who doesn't love a Royal?

They're fascinating because they're much like us except they've been given birthright access to riches and relative fame.

Fashion is not always in their blood so it's great to see the younger set especially, literally take up their coat of arms and give us some serious Insta envy.

Check out these three from around the world.

Estimated worth: Not available but King Mswati III is said to be worth R2 billion, according to Richest.

According to Wikipedia, Sikhanyiso is the eldest daughter of King Mswati III. It was reported in City Press last year that she might marry and 300 cows were part of lobola negotiations.

The aspiring actress and rapper is a fan of the long gown and waist-length braids or cornrows, her personal stye is a mix of furs, floor-length silky gowns and a bold lip.

Woke up at 7am, had an EARLY morning run, was blessed by His Majesty along with the entire cabinet at Ludzidzini Royal Residence, was sworn in at the PM's office and immediately went to inspect the Ministry of ICT (MICT) and met the PS, US, and Executive Directors of the various departments in the portfolio. And work begins! #to2022andbeyond

Then my beloved mothers came to appreciate and together we... #ShiselweniReedDance #umhlanga2018 #KingdomofEswatini #Eswatini #Africa #Africancultures

Estimated worth: Her father Charles Spencer is Princess Diana's brother and according to Business Insider was worth around R18 million in 2015.

Diana's niece, the model is a lover of jewel tones and floral prints and patterns.

?????? Thank you for having me @tatlermagazine & @richarddennen - especially with this goddess on my lap @helenachristensen ???? #Repost @tatlermagazine ··· Resplendent in Dolce & Gabbana ‘Alta Moda’ Lady Kitty Spencer and supermodel Helena Christensen are our December issue cover stars - on newsstands Thursday 1st November. Photographed by @ellenvonunwerth and styled by Tatler’s new fashion director @sophiepera

The Lexus Ball raised an incredible $1.7m for #Telethon this year ??? Thank you @sc_artistry & @laurenradici for getting me ready for such a special night and for all the events over Telethon weekend ??

I am very grateful to have such kind and talented friends. Thank you my dearest Domenico and @stefanogabbana for the most phenomenal hand-painted Alta Moda @dolcegabbana dress. Thank you @bulgariofficial for the most exquisite jewellery. I am very lucky to be part of your family. Thank you to the most special, wonderful man @philiptreacy for creating such an elegant headpiece. I'm in awe of all of your craftsmanship and creativity. I am truly appreciative for all of the time and effort that went into my outfit for such a happy, special day yesterday.

Estimated worth: The established model who can rake in R14 million a year from modelling, according to TheTalkO and other sources.

The 36th in line to the throne (things might have changed since the birth of Meghan and Harry's little one) is said to be a designer's dream. You can see why in her Insta posts. Her father is George Windsor Earl of St Andrews.

She's definitely a fan of the frock.

Harper’s Bazaar @bazaaruk - a night celebrating inspiring and empowering women all making a difference in the world, and making their voices heard . A reminder to all girls that they have the capability to do the same ???? @michaelkors

We live in a world where facts and fiction get blurred
In times of uncertainty you need journalism you can trust. For only R75 per month, you have access to a world of in-depth analyses, investigative journalism, top opinions and a range of features. Journalism strengthens democracy. Invest in the future today.
Subscribe to News24
Related Links
The women from the Royal family have broken a few style rules and we love them even more for it
ALL the dresses and coats that have sold out because Meghan Markle wore them
Here’s how much each member of the Royal family is worth – and what Meghan and Harry's baby could...
Next on W24
From ballgowns to risqué dresses: red carpet looks from The Fashion Awards 2021