André Leon Talley dreamed of a life ‘in the pages of Vogue, where bad things never happened’ Every time we see a “fashion moment”, we use the words of André Leon Talley, from his description of Galliano’s 1994 Japonisme show.

Talley, who died yesterday age 73, was a flamboyant, over-the-top figure from the fashion industry, inclined to snobbery and rather overbearing. He had a longstanding love of French culture and the cross-fertilisation of fashion, art, poetry and life.

Most prominently, he worked at Condé Nast for four decades, where, as creative director and editor-at-large of Vogue, he shaped the way we understand and talk about fashion. 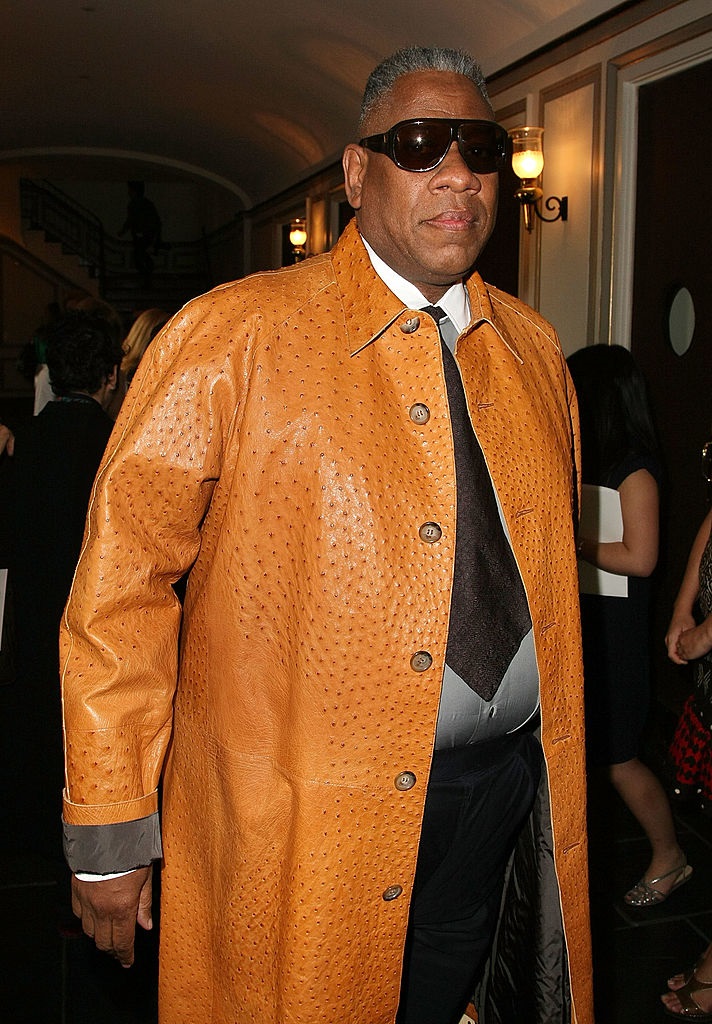 Born in Washington in 1948, Talley was raised by his modest grandmother in segregated North Carolina and graduated high school in 1966. Slight and bookish, he dreamed of:

Living a life like the ones I saw in the pages of Vogue, where bad things never happened.

A regular church-goer, he later said that particular ritual was akin to going to a royal court. The bright women’s clothes and careful accessories seen there were filed away mentally.

Talley went to college at the historically black university, North Carolina Central University, before completing his masters at Brown University, Rhode Island – the first in his family to attend an Ivy League School.

At Brown he wrote his thesis on black models in the poetry of Charles Baudelaire, a figure who upheld fashion as the epitome of modernity. 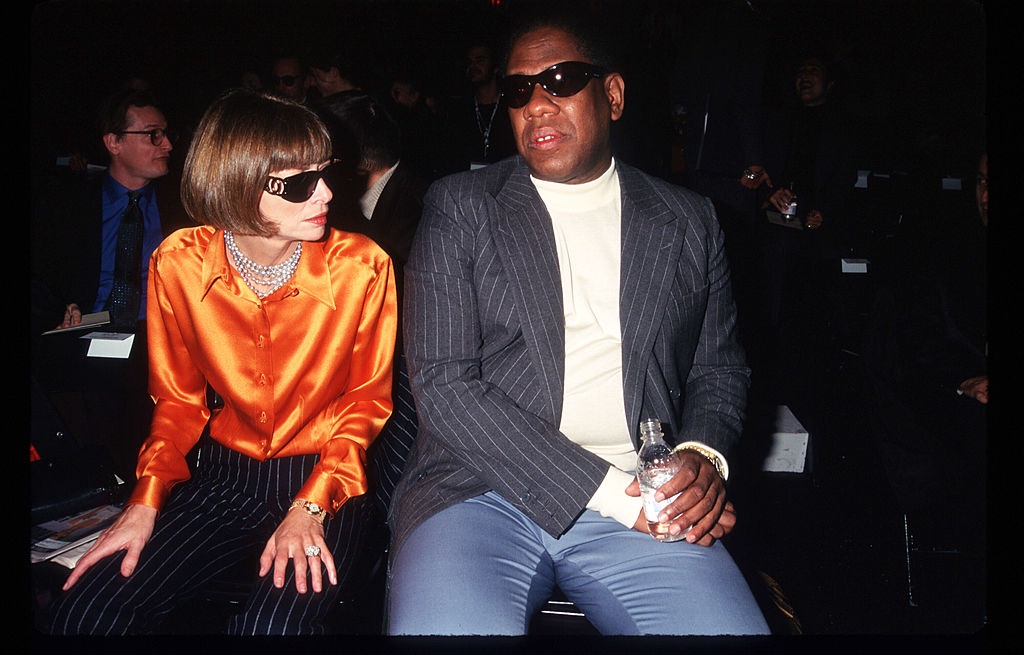 Talley’s first fashion job was as an assistant with Diana Vreeland at the Metropolitan Museum of Art.

The “fashion empress”, as he called her, had been fired as editor of American Vogue (1963-1971) for her over-literary imagination and costly fashion shoots. In her second life as a curator in the Costume Institute at the Met, she pioneered a theatrical approach to fashion exhibitions in which dress was connected to epic themes.

She was the perfect mentor for Talley and suffused his imagination with stories of refined luxury, fashion figures from past and present, and the sweep of world culture. In the 1970s and 1980s, American fashion magazines were performing important work in recovering older stylistic histories and fashion narratives.

Talley rose to cover the Paris fashion shows for Women’s Wear Daily and Vogue, becoming the first African-American man to work at this level, and began wearing bespoke suits after the Duke of Windsor.

For Women’s Wear Daily, in addition to writing Talley began to style photographs. He was skilled at capturing the languid sensuality of 1970s fashion, but his eye was not always appreciated.

In France, his closeness to the fashion aristocracy of Yves Saint Laurent and Betty Catroux caused jealousy. Talley was intimidated by rumours suggesting he was only popular because he slept with people as a black man; he was called “Queen Kong” by some.

Andre Leon Talley's 1996 Vanity Fair spread "Scarlett in the Hood" - He reimagined Gone with the Wind where black ppl were the wealthy + white designers were their maids.

READ MORE | Fashion icon: Jackie Kennedy's pink suit from the day her husband got assassinated will be locked away for 100 years, and may never be available for public viewing

In 1978, his report on the Yves Saint Laurent Broadway collection saw Vreeland write it was the best report on fashion she had read: “a masterpiece of description”.

Talley had a talent for a very close reading of fashion. Not simply how it looked, but where it came, how it resonated, and what wider worlds it might allude to.

To Talley, Vogue was about more than fashion. In his time, as in Vreeland’s, “it became also a literary world”. He was one of the first to mix couture with inexpensive clothes in fashion shoots, styling Chanel couture with the model’s jeans in a Helmut Newton spread for Vogue. For Vanity Fair’s 1996 Gone with the Wind shoot, shot by Karl Lagerfeld, Talley swapped out black for white. Naomi Campbell became Scarlett O’Hara as the first supermodel, being nasty to her servant, a pretty white boy. The fashion designer Gianfranco Ferré played a black maid. British designer John Galliano was another housemaid, and shoe designer Manolo Blahnik played the gardener.

The background and decorations were authentic antiques from Lagerfeld’s fine collection, creating a visual narrative that surprised readers used to spreads more aligned with advertising and marketing.

Falling out of fashion

Talley faced unhappy times in recent years. He found himself spurned by Anna Wintour at the Met Ball, when his regular commentary was replaced by that of an influencer.

“I had suddenly become too old, too overweight and too uncool” he wrote in his 2020 memoir, The Chiffon Trenches.

The book covered many difficult phases of his life. He recounted childhood sexual abuse, reflected on what it was like to be the only black man in the echelons of high fashion, and his sadness with “falling out of fashion” with many. He was evicted from a home in which he believed he had an arrangement to inhabit. He wrote of his disappointment with both Lagerfeld and Anna Wintour. Nonetheless, he pushed back at the idea that Wintour was reactionary, saying she “crashed the glass ceiling” when she made him the first African American man to be named as creative director of Vogue in 1988.

In recent decades, Talley embraced his size, appearing on the red carpet in caftans and capes by designers including Lagerfeld for Chanel and Tom Ford. Talley encouraged freedom in dressing with a degree of care and self-reflection. As he remarked:

There’s not necessarily a certain way one must dress. One must dress well according to how you see yourself in society.