Tshepo Mohala wears the "We, the People" limited edition tee. Image supplied on behalf of Woolworths.

Woolworths has collaborated with local fashion visionary, Tshepo Mohlala, to create a limited-edition tee that sparks pride in the South African Constitution – lauded as one of the best in the world. Looking back at history, the changemakers of the world have long used t-shirts to spread messages that matter. Emblazoned on our collection of gender-neutral tees, “We, The People” seeks to encourage the passionate people of our nation to band together and build our collective future with power, positivity and resolve. 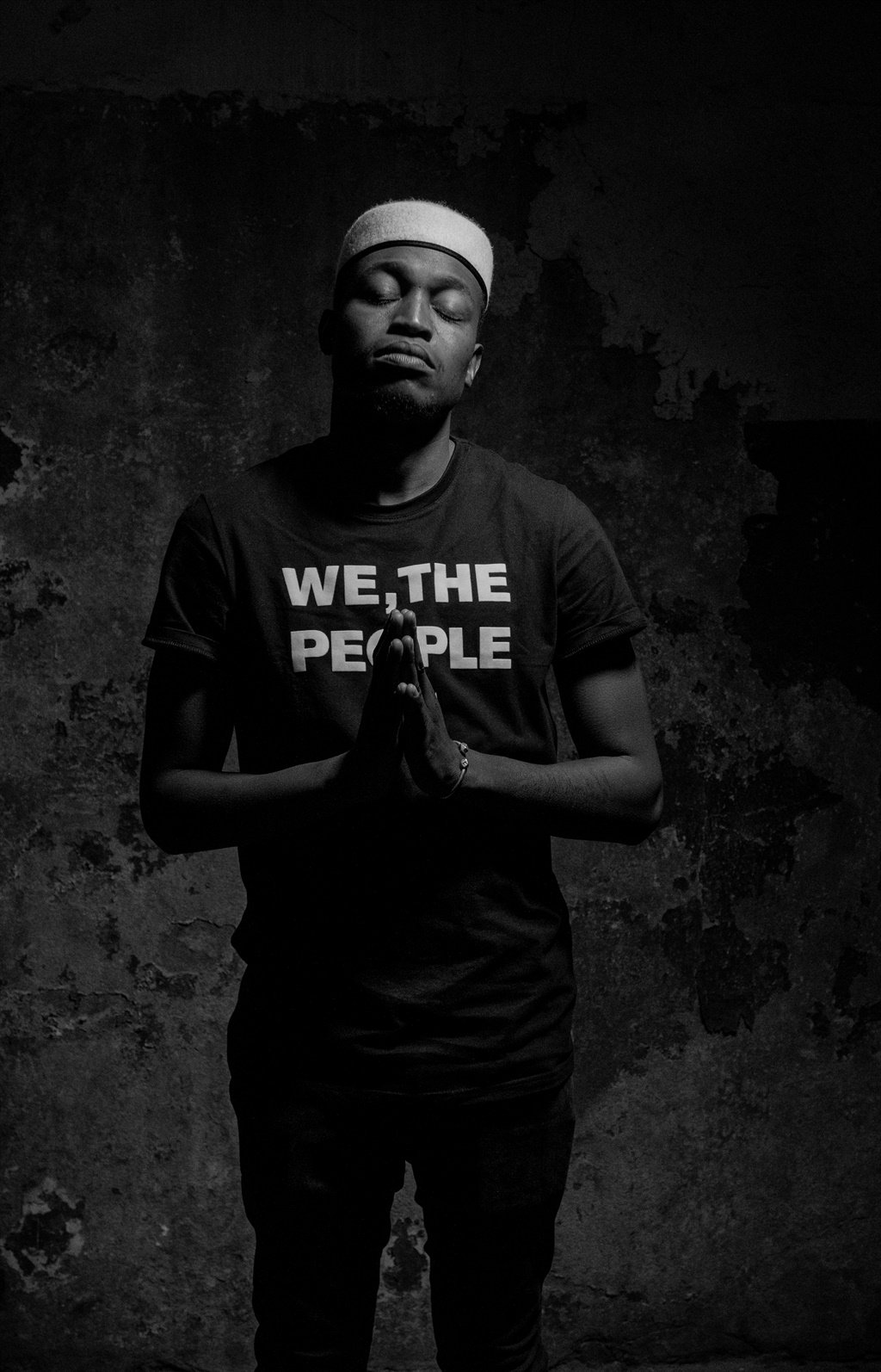 Collaboration in fashion has become a key player for heightened brand awareness and success. It can even be said that - now more than ever - by means of merging differing tastes, it's an essential catalyst for growth given that it's a move that attracts a market that might have otherwise not had an appetite for one of the brands involved. A successful fashion collaboration can also serve as an ideal intersection where different LSM groups meet, especially in a country like ours where access to luxury and high-end offerings is often limited.

This collaboration is therefore a testament that a marriage between two seemingly unlikely parties has the ability to convert even the most stubborn of naysayers. Woolworths; a widely appreciated family store and perhaps still aspirational for the average South African on a minimum average wage so much so that a faction of the black middle class considers shopping there a bragging right - in collaboration with Tshepo Jeans; a black-owned premier label which was (at first) met with disdainful thumbs on Twitter in 2015 because well... consumers who wish to own duds with French and Italian men's names emboldened on them felt 'iffy' about wearing Tshepo's name.

But the surge of young black designers earning major campaigns, collaborations, and international awards now means taking pride in wearing African names is becoming less of an anomaly as mindsets change, especially in the current "buy black" climate. The resounding positive response to a 'first look' post at the limited edition tees is further proof of this:

Head of Brand Communications for Woolworths Fashion, Shaheda Sayed, says, “We see this collaboration as a step in the right direction for the future of fashion, and a precedent for what is still to come for us. At Woolworths, we have a long history of supporting young designers, and we take great pride in amplifying the important message that Tshepo has to share with the nation. The voices and works of local creatives are more important than ever, and we’re prioritising supporting their businesses.” The idea for “We, The People” came about in a moment of inspiration for Tshepo and his fellow creatives while they were at an event at Constitution Hill. The event featured a reading of the preamble of the South African Constitution, signed in 1996 by President Mandela. It stirred in them a sense of national pride and purpose – so much so that they set out to share it with others.“We, the people of South Africa,” begins the preamble, “Recognise the injustices of our past; Honour those who suffered for justice and freedom in our land; Respect those who have worked to build and develop our country; and believe that South Africa belongs to all who live in it, united in our diversity.”

“The people who drafted this preamble , says Tshepo’s team, “had the foresight to raise these values and ideas during a turning point in our country’s history, and the preamble is just as relevant today as it was then.”

“In order to survive the current moment, and to continue the creative transformation of our country, we are reminded by the Constitution that it is We, the People who are the real history makers We hopethat this collaboration will spark a movement within our youth to continue to use the Constitution as a road map to change,” says Cheryl Carolus, Chairperson of the Constitution Hill Trust. Tshepo, who shot to fame with the success of his homegrown denim brand, Tshepo Jeans, believes that “your favourite pair of jeans isn’t on your legs, it’s in your head.” The We, The People tee embodies this very philosophy. It celebrates the idea that fashion is profoundly personal, and our connections to the garments that we love run deeper than simply aesthetics. What we each choose to wear is a reflection of our culture, our dreams, and our active participation in our own creative expression.

The tees are a selection of accessible, in-vogue shapes, perfect for the modern mode. Working closely with Tshepo, and finding great synergy in their aligned values, Woolworths believes that these tees will do more than express a love of fashion – they’re a call to action, inspiring us to care more about ourselves, one another and the nation we’re building together.

In support of local fashion, 2020 units of the limited edition We, The People tee will be available at selected Woolworths stores nationwide, and has been available for order on www.woolworths.co.za as of 20 August 2020 at the affordable price of R249. A percentage of each purchase will go towards a Covid-19 relief fund that assists in food security for vulnerable communities.

We live in a world where facts and fiction get blurred
In times of uncertainty you need journalism you can trust. For 14 free days, you can have access to a world of in-depth analyses, investigative journalism, top opinions and a range of features. Journalism strengthens democracy. Invest in the future today. Thereafter you will be billed R75 per month. You can cancel anytime and if you cancel within 14 days you won't be billed.
Subscribe to News24
Related Links
SA designers including Laduma, Mmuso Maxwell contribute R1 Billion to GDP, according to new study
A quick look at the 6 black designers nominated for the 2020 CFDA Fashion Awards
Country Road partners with Aboriginal Art fair, adding to list of fashion brands rallying for good
Next on Life
Some of my best outfits cost R100 or less - Here's how I make the most of thrifting