Nomzamo in items from the Puma Shandu collection. (Image supplied on behalf of Puma)

Hardly a week after the global premiere of Coming 2 America on Amazon Prime Video, Nomzamo Mbatha has secured another landmine career deal with a debut Puma Collection - Shandu.

There was the Fenty x Puma moment that ushered in an edgy era of athleisure, and then there was Beyoncé's Adidas Ivy Park internet-breaking drops, and now we welcome Puma x Nomzamo Shandu to this hat-trick of black women with their names on streetwear/sportswear collections.

This makes the KZN-born star the first African Puma muse to co-create a collection with the German brand.

It was only a matter of time; as actress and human rights activist, Nomzamo Mbatha, has been a long-time Puma ambassador alongside the likes of Cara Delevingne, Selena Gomez, Winnie Harlow, and more recently; Dua Lipa.

This collection is a defining moment of my career. Image supplied on behalf of Puma

And with athleisure and fitspo trends experiencing their highest demand in fashion's history, the moment couldn't be riper to introduce new collections into the market.

The Shandu collection is said to be "an ode to the tribe into which she was born in KwaMashu; her grandmother Mildred; and every girl who never thought her life would matter."

This collection of footwear, apparel and accessories for women was reportedly designed around Nomzamo’s "lifestyle of intense travel, activism and the African summer." “Like me, this collection is African through and through,” says the actress.

“It is an ode to the very family and clan that I come from. My grandmother has always pushed me to open my eyes to the world and known that each of my dreams is attainable. She taught me how to stay humble but sassy, and how to love and accept myself, how to remain true to who I am, and most importantly, where I come from.

"That’s exactly why this collection couldn’t have been called anything other than Shandu. It is a tribute to my family and clan, and a thank you to them for helping me break barriers.”

READ MORE: 5 minutes with Glorinah Khutso Mabaso - the Pretoria designer with her stamp on a Trenery collection

“I want women to feel empowered and sexy. This collection is a defining moment of my career. When you put these pieces on, wear them with pride because for the first time PUMA - as a global sports brand - has collaborated with a young black woman from Africa to create a collection," Nomzamo says.

"When you touch the garment and read the tag – my name is there. To have dreamed of so many things and now see them be realised is a combination of hard work, determination, resilience, a little luck and a lot of preparation," she continues in what we imagine is a beaming smile. Image supplied on behalf of Puma

The first Shandu drop in March features soft, sorbet colourways that are in line with the season's fashion zeitgeist of optimism.

A digital African-inspired print is incorporated throughout the easy-to-throw-on items including a bomber jacket (R2 499) and the collection's standout item - a jumpsuit (R2 299). Nomzamo’s favourite two pieces are also included in this debut drop, as well as the affordable Starlet Sandal (R449). Nomzamo is also taking part in Puma’s new She Moves Us campaign - led by global pop superstar Dua Lipa - which calls on women to inspire one another and take control of and change the global narrative.

This Shandu collection sees our local media darling following in the loaded footsteps of Rihanna.

In 2014, Puma announced Rihanna as the creative director of womenswear collections, and after its 2015 release, the Fenty x Puma Creeper was voted 'shoe of the year' by Footwear News.

In September 2016, the 'Work' hitmaker then celebrated her debut full Fenty x Puma collection which had showcased on the runway at New York Fashion Week earlier that year.

The collection was characterised by goth-chic streetwear — reminiscent of Rihanna's own ever-evolving style at the time — with athletic silhouettes, sheer motifs and lace-up accents in a black-and-white colour scheme. Rihanna and a model walk the runway during the FENTY x PUMA by Rihanna show as a part of Fall 2016 New York Fashion Week at 23 Wall Street on February 12, 2016 in New York City. (Photo by Antonio de Moraes Barros Filho/FilmMagic) The fashion and beauty entrepreneur has since hung up her Puma boots after confirming that the Spring 2018 Fenty by Puma collection she showed in New York "marked her final collaborative collection with Puma," Snobette reported. 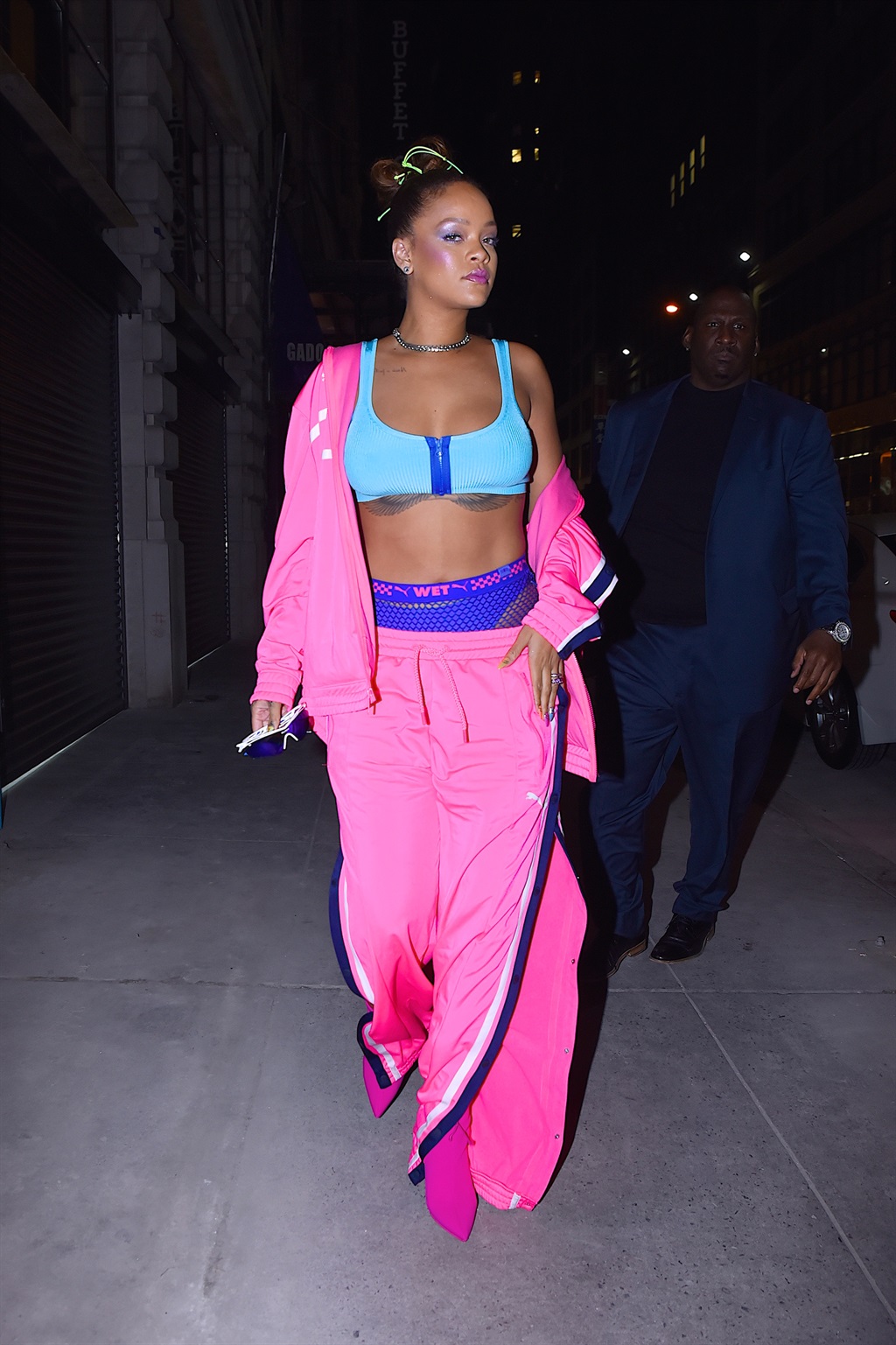 Rihanna attends the after party for the Fenty x Puma Spring 2018 on September 10, 2017 in New York City. (Photo by Robert Kamau/GC Images)

“New York is where the story of Fenty Puma began and for my final collection with them it was not even something to think twice about,” the Fenty founder said.

Fenty x Puma may no longer be presenting anything new, but the cultural impact of Rihanna's heydays with Puma is still widely felt, present, and witnessed. And if anything, it has created an opportunity for the next black woman to take on the reigns - from Barbados to KwaMashu.

Additional information and images provided on behalf of Puma