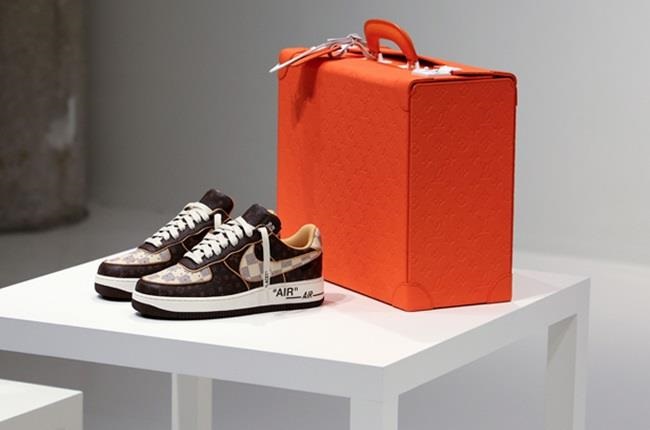 A collection of Nike/Louis Vuitton sneakers designed by Virgil Abloh have sold for a record-breaking $25 million (around R376 million) at auction, more than eight times the original auction estimate of $3 million (R45 million).

Virgil, who died in November at the age of 41, was the creative director for the collection. The designer also helped set up the auction of the 200 pairs of shoes before his passing.

According to Sky News, auction house Sotheby's said the sale set several new benchmarks, which include the highest known public record for the most valuable sneaker/fashion auction ever to take place.

"Today's record-breaking auction, which saw unparalleled global participation, is a testament to Virgil Abloh's legacy as one of the most visionary artists and designers of his generation whose widespread influence and impact is still palpable," Charles F Stewart, Sotheby's chief executive, said in a statement shared by the publication.

"Sotheby's is honoured to have been a partner with Louis Vuitton and Nike in this special sale, which is now among the most successful charitable auctions ever staged at Sotheby's."

The proceeds from the auction will benefit The Virgil Abloh Post-Modern Scholarship Fund for Black, African-American and students of African descent in the fashion industry.

Do you have a story to share with us? Let us know here.

We live in a world where facts and fiction get blurred
In times of uncertainty you need journalism you can trust. For 14 free days, you can have access to a world of in-depth analyses, investigative journalism, top opinions and a range of features. Journalism strengthens democracy. Invest in the future today. Thereafter you will be billed R75 per month. You can cancel anytime and if you cancel within 14 days you won't be billed.
Subscribe to News24
Next on Life
Some of my best outfits cost R100 or less - Here's how I make the most of thrifting