Collection showcases have taken us on quite a ride since front rows have been facing extinction.

During this time, we've seen a miniature haute couture collection by Dior; Anifa M presented an industry-pivoting virtual 3D showcase; Pier Paolo Piccioli and Nick Knight had models suspended in the air for their Valentino couture digital showcase; Loewe had to cancel their show this month and documented their collection in newspaper format instead; and more recently, Balmain shot its fashion film at the Air France Industries hangars.

So who's next on fashion's virtual hall of fame?

But here, we're focusing more on the details for the sole purpose of feeding hungry eyes.

So without further ado, this is the story behind the French maison's Women's Fall/Winter 2021 collection:

There’s no need to venture far to create the impression of traveling. It’s enough to reach far back… to the Golden Age, or Age of Enlightenment, eras that forged the essence of our civilisation.

Everything is expressed so purely in Greco-Roman antiquity, the acme of an aesthetic whose primacy is uncontested. More than a journey, Louis Vuitton embarks on an odyssey with a Fall-Winter 2021 collection that incorporates fabulous drawings by Fornasetti, the delicate, fanciful engravings of an enduring era. His imaginative strokes explore, illustrate and impart style. It’s also a story of conquest — of body, heart and mind — in which humankind takes centre stage, in all its functional elegance, intellectual dominance, and earthly seduction. The astonishment of age-old principles endures and continues to guide us, such as contrapposto, a stance that first appeared in the 6th century BC and lent statues a dynamic allure, which countless couture poses have reprised since and still denotes a certain stylistic tension in fashion.

And now we go inside and up close the runway for a look at what Louis Vuitton is lauded for - handbags:

Creative Director, Nicolas Ghesquière, explored "different representations of femininity" through mythology as an overarching theme of this collection.

Of the 45 looks showcased, 26 had an accompanying handbag, and these are the 12 we're writing home about.

All images shot by Giovanni Gianonni supplied by Louis Vuitton 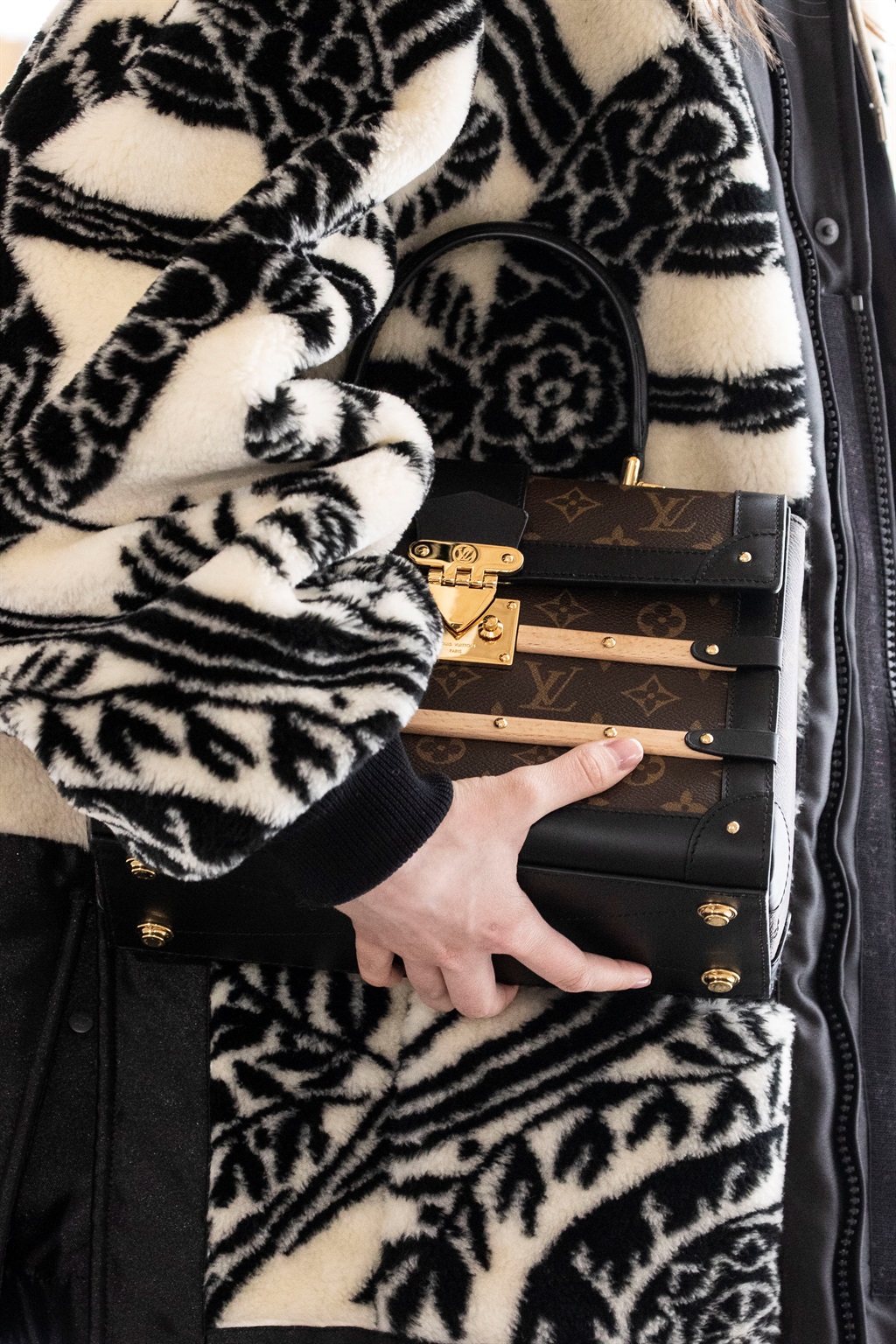 We live in a world where facts and fiction get blurred
In times of uncertainty you need journalism you can trust. For only R75 per month, you have access to a world of in-depth analyses, investigative journalism, top opinions and a range of features. Journalism strengthens democracy. Invest in the future today.
Subscribe to News24
Next on W24
Billy Porter admits wearing a dress to the Oscars was a business decision