Models for the Balmain show shot at the Air France Industries hangars at Paris-Charles de Gaulle. (Images supplied on behalf of Air France)

The need for innovation in a Covid era has pushed the fashion industry to learn how to flex muscles they weren't exercising previously.

In March 2020, a health crisis threatened the biggest fashion calendar events. Still, Paris Fashion Week streets saw sprinklings of attendees rigged out in masks – both medical and homemade – as well as purses full of hand sanitiser. At some shows, models even walked the runway in masks.

And then the world came to a complete halt.

During this time, I wrote about how big fashion houses need to reconsider their ailing model in a (one day) post-Covid world, writing the following;

"By its very definition, fashion establishes a relationship with time, and being behind the clock would compromise its purpose (the inception of trends). As a time-dependent industry, how do you dictate relevance when the arms of your delicate timepiece suddenly stop?

"... what fashion should have been considering, is the old saying that 'a broken clock is correct at least twice a day' – as it was with the six-month cycle that presents Spring/Summer and Autumn/Winter collections, respectively. All the other peripheral mid-season extras – pulchritudinous as they may be – have contributed to a mild fatigue."

For more thoughts on this, you can read the article below.

But for now, we're acknowledging one of the luxury fashion houses who have indeed adapted and innovated since fashion weeks adopted fashion films as a way of showcasing collections.

At a time when traveling around the world for delights such as sitting front row at a fashion show is still somewhat taboo, Balmain fused fashion and aviation to present its 2021-2022 Fall/Winter collection film at Paris Fashion Week.

What distinguished this show from its fashion peers was the fact that it was shot in the Air France Industries hangars at Paris-Charles de Gaulle. 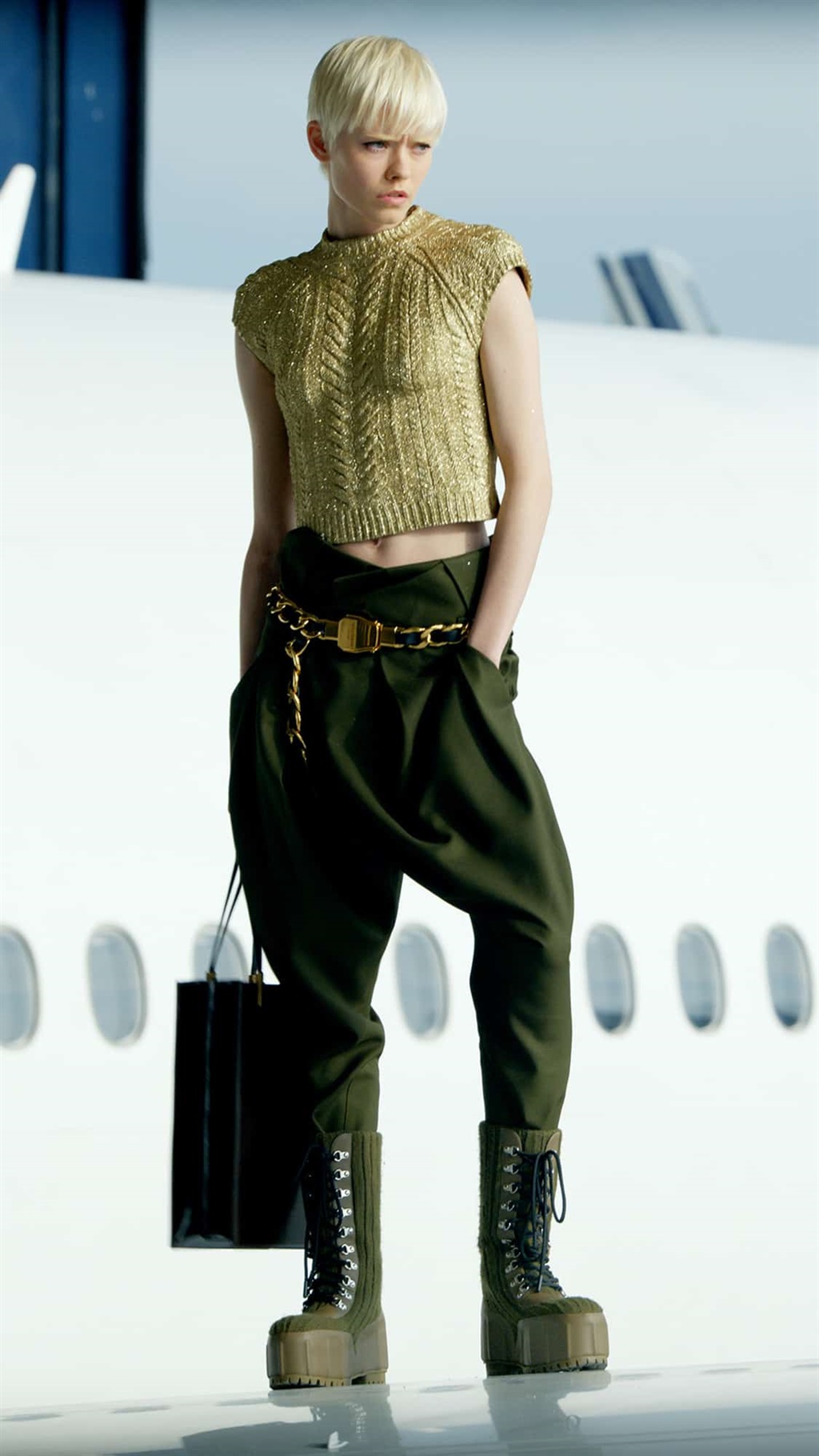 Images supplied on behalf of Air France and Balmain

The models strutted along the wing of a Boeing 777-300, on the tarmac around an Airbus A350 and also in front of the Air France maintenance division’s imposing infrastructure, in line with the strictest safety rules.

The scenes succeed one another in a creation that - now more than ever - inspires a strong desire to travel. Images supplied on behalf of Air France and Balmain

This film shooting also reportedly "highlights the Air France team's diverse expertise" and the team reveals that this was a "unique opportunity to present the new creations of one of the finest French haute couture designers [Olivier Rousteing]." In a nod to the fashion house’s heritage, the event was a modern take on Pierre Balmain and his models’ trips on board Air France.

As an ambassador of the art of French-style travel, Air France has since its beginnings valued the prestigious French fashion houses.

And so the company shares it's proud to have found an "original way to open its doors to the Balmain fashion house to showcase French creation worldwide."

Watch the film below: