Rihanna, Bella Hadid and Kylie Jenner - just a few of the celebrities who are all about the 'no pants' trend Rihanna, Bella Hadid and Kylie Jenner all love the no pants trend

Riri looked amazing in a long sleeved gold coat worn as a dress at the launch of her new Stunna Lip Paint in Dubai. Here she is at Stance for the Clara Lionel Foundation. Rihanna wears a black, off-the-shoulder, puffy sleeved top to the Fenty Beauty launch in Paris in 2017. The reality TV star in a pink double-breasted long-sleeve Marina Moscone jacket at the Grand Opening Of Sugar Factory At Hard Rock Hotel. Kourtney seen wearing some of Kanye West’s merch before the launch of his video Famous in 2016. The model has also been seen in this trend a few times. Here she is on the streets of New York wearing a very 90s inspired jacket with a belt. At the 2018 Turner Upfront at One Penn Plaza in a blazer dress and pointy black heels. Here she attends the premiere for TBS's 'Drop The Mic' and 'The Joker's Wild' at The Highlight Room in a blue, double breasted number with some polka dot detail. The model goes to a party during Paris Fashion Week in lingerie and no pants. Here Bella is seen in New York wearing a grey blazer with a belt. 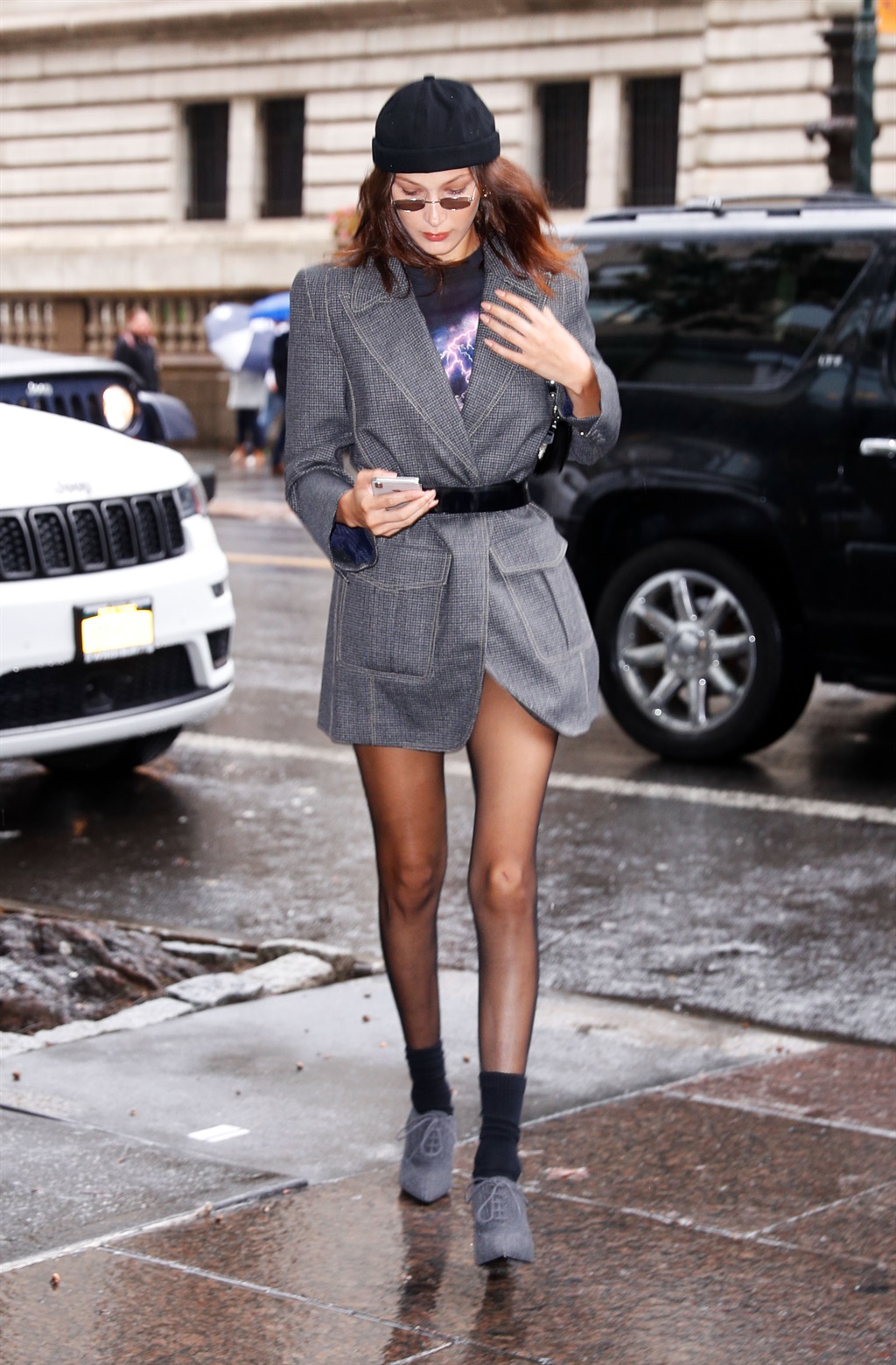 Bella wears an oversized tee and blazer with ankle boots. Kim also wore an oversized jacket and shirt in 2016. Joan wears a suit jacket to the 2017 MTV Music Awards. Spotted out and about in LA in this white mini dress. Wearing a leather mini dress to the Set It Up screening. The unofficial queen of Instagram and selfies wore this belted blazer to the 2018 VMAs. Here Kylie made the trend her own by wearing a sheer skirt in 2015. Here she is spotted out in LA on a night out wearing an oversized t shirt and thigh high boots. What do you think of the trend? Chat to us here.

Sign up to W24's newsletters so you don't miss out on any of our hot stories and giveaways. And visit our Instagram page for more style inspiration.

We live in a world where facts and fiction get blurred
In times of uncertainty you need journalism you can trust. For 14 free days, you can have access to a world of in-depth analyses, investigative journalism, top opinions and a range of features. Journalism strengthens democracy. Invest in the future today. Thereafter you will be billed R75 per month. You can cancel anytime and if you cancel within 14 days you won't be billed.
Subscribe to News24
Related Links
Milan Fashion Week had models with three breasts and other crazy things we’ve seen on the runway
PICS: Fashion looks to try for the DStv Delicious Festival this weekend
TREND REPORT: It takes more than one bag
Next on W24
Brands are leaning on ‘recycled’ clothes to meet sustainability goals. But how are they made?