Kari Walbert is a self-confessed shoe addict and she has collected over 500 pairs of world's quirkiest shoes worth more than R600 000. Kari Walbert / Caters News/ Magazine Features

Kari Walbert (44) has dedicated an entire room to store her exclusive shoes that she calls 'art pieces.' Her shoes are all quirky, elaborately designed in bright colours with sequins, glitter, feathers and furs.

The heels depict famous cartoon characters such as Beauty and the Beast, the famous Darth Vader character from the Star Wars franchise, Ariel from Little Mermaid and Hello Kitty. Kari, a teacher, says, "My motto is 'life is too short to wear boring shoes.' I feel like most of these shoes are art and express who I am. I view my shoes as a sort of collection of art pieces. I like the challenge of putting together an outfit around the shoes I've picked out for the day. The quirkier, the better." Kari says she always had a weakness for fun shoes, but her obsession grew in 2012 after she bought a really unique pair of shoes with gold unicorn heels. Since then, she has collected over 500 pairs of shoes. "I've always been a fan of shoes. When I was in high school, it was Dr Marten's, Converse and Vans. As I've gotten older, it has turned to heels and boots. Over the years, I just developed a tendency to gravitate toward the quirkier pairs," Kari says. READ MORE | A trip back in time and a nostalgic peek at the iconic clog, just as comeback season demands

Kari has branded shoes from Dr Martens, Converse, and Jeffrey Campbell to Betsey Johnson and Fluevog to Manolo Blahnik, Dior, and Louboutin.

"I have everything from sneakers, flip flops, sandals, boots, platforms, stilettos, wedges and more. The majority of my quirkier shoes are from Irregular Choice, a UK brand," says Kari. "I like to keep all my shoes in their boxes-most of the boxes are really beautiful, and they are much easier to stack and store that way."

Kari says she loves shoes that draw people's attention. She is often stopped by people and asked about the shoes and where she has got them from.

Her eccentric shoes have even made her famous and earned her the name of 'the teacher with the shoes'. She says, "I like shoes that people are going to notice and comment on. I'm a teacher, and I'm known by most students as the teacher with the shoes. They even make a point to stop by my classroom to see what shoes I'm wearing for the day." READ MORE | REVIEW | To everyone who’s ever loved a pair of Crocs: What was it that did it for you?

Kari says she is now trying to control her fixation as she confesses she has zero control over her obsession. "I usually buy when there are new releases, so two to three pairs per month. If I see a pair I fancy, I usually just buy them on the spot. I have zero self-control when it comes to shoes," says Kari.

"I've been trying to make an effort to slow down as I am running out of room to store them, as you would imagine." 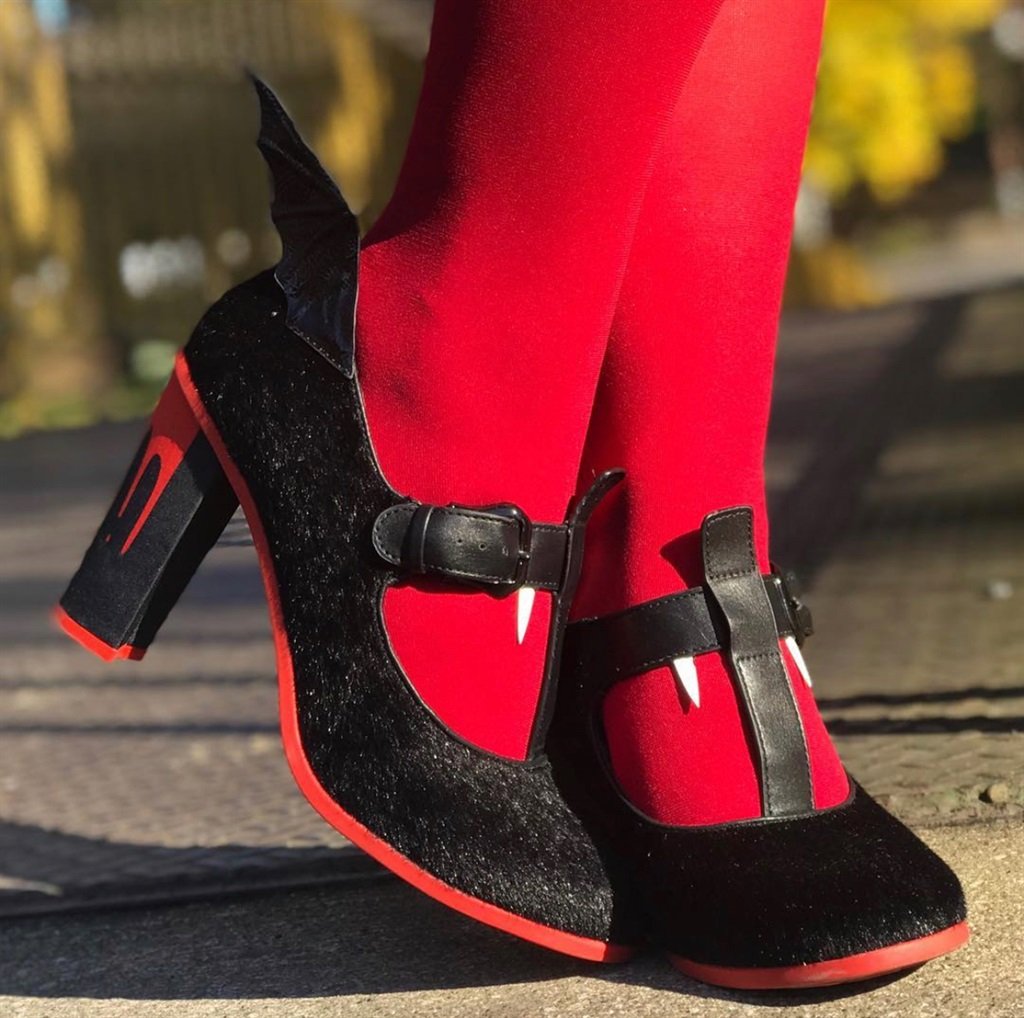 Do you own any interesting shoes? Tell us here.

We live in a world where facts and fiction get blurred
In times of uncertainty you need journalism you can trust. For only R75 per month, you have access to a world of in-depth analyses, investigative journalism, top opinions and a range of features. Journalism strengthens democracy. Invest in the future today.
Subscribe to News24
Next on W24
A trip back in time and a nostalgic peek at the iconic clog, just as comeback season demands