Dutch trend forecaster Li Edelkoort’s books, made through her Paris-based consulting company Trend Union, are a compilation of photos, inspirational images and colour swathes that brands all over the world use to shape what they produce.

Edelkoort’s ideas filter into the clothes, colours and décor items we find in shops. She’s one of those illustrious people who pretty much decides what you’re going to find fashionable.

For instance, decades ago, Edelkoort told people “pink is going to become big”. People disagreed, saying “no way, pink is for babies”. But lo and behold, pink became the it colour of the ages, with “millennial pink” popping up in every young Instagrammer’s closet or photostream. People got used to seeing pink in womenswear. Then Edelkoort said pink would become hot in menswear. Again people scoffed. Now the suave man in a dusty pink jacket is the height of cool.

What you’ll be wearing

“I decided to go deeper into the women’s psyche to find out what is happening to us women,” she says. Edelkoort mentions that the past few years have seen a change in men: they’ve become more domestic, sensitive and feminist. This has left women a little puzzled as to where they fit in. Edelkoort has come up with various archetypes to describe women and predict where they’ll go in fashion.

The Mother Earth archetype will gravitate towards simple, easy, long dresses with flat shoes. The must-have shoe will look like the babouche – commonly worn by Muslim women.

“Mother Earth is down to earth and so we will be walking on flat shoes,” says Edelkoort.

“In terms of textiles, we’ll see earth dyeing and natural textiles like cotton and wool. Earthbound colours, light ‘new neutrals’ will be the palette. We will want to have roomier, simpler, easier clothes.”

The It dress will be a sack dress – sort of a shirt enlarged to the extreme – with a cloth belt in the same colour.

Interestingly, Edelkoort mentioned noses in her presentation. Referring to an image of a model with a pronounced Grecian nose she says: “If you were considering changing your nose – don’t. It’s superbeautiful to have a nose. Also to have a nose for business and the arts. If you modify your nose, you might lose that.”
Fringes, ribbons and loose ends will become trendy. Accessories, not just large earrings, but wearing several, including clip-ons, will become fashionable.

The Egyptian cat-like goddess Bastet is the inspiration for the haughty, flexible, female archetype.

“Diane von Fürstenberg is the most cat-like woman I’ve ever seen,” notes Edelkoort.

This archetype dresses elegantly, with high necklines. “New green” – something between avocado and wasabi – will be a popular colour for her.

All across the archetypes, pleating, draping, folding and length are important.

Persephone, the queen of the underworld in Greek mythology, is the most current archetype: the young woman obsessed with Instagram.

“But she’s also a bit sad because she doesn’t really know where to go in life. She’s always searching for something, hunting for the prince, or searching for a sugar daddy. She’s maybe the most vulnerable, suffering from new male archetypes, because there’s no longer this man.”

She’s a collector of bijouterie and shoes, and likes delicate fabrics in soft, transparent colours, such as pinks and violets.

“Because she spends half her time in the underworld, there’s also a sort of naughty, dark side to her, so her style is also a bit punky.”

“Craft chic – the use of embroidery, knitting and appliqués – will continue being trendy.” What you'll be exercising in

South Africa has long been a style inspiration to the world (take Black Panther), so it should come as no surprise that Edelkoort’s activewear book was inspired by a visit to the Kruger National Park.

“We decided to make a new book inspired by the idea of taking activewear on safari,” says Edelkoort’s Trend Union colleague Philip Fimmano.

“What’s really amazing about looking at safari inspirations is that each of the animals is in a way archetypes of different activities in sport and they’re also arranged in different family groups – which are kind of like social trends.”

Activewear in 2019 will feature the rounded, robust shapes of hippo, the distressed texture of rhino skin and, of course, the always trendy leopard spot.

Impalas, giraffes, lions, wildebeest, monkeys and snakes all feature in the book.

“Impalas come in herds, so it’s more of a mass market trend for basics and casual wear. Of course they have beautiful neutral colours in different shades that are very inspirational.”

Elephants are a key animal and their family structure, as well as their wrinkled, blue-grey skin, was another source of inspiration.

“Elephants are about volume and folds. They’re social, intelligent beings and raise their young in very endearing ways. They’re interesting for things like knitwear and beautiful blue-grey colour ranges, including green and khaki with a little bit of blue in it. This idea of returning to utility, almost like in the 90s, here with much more volume, including button details and all types of anoraks and scarves you can wrap around, almost like a trunk. What’s interesting is to think of the ears of the elephant as details that can flap, or for new ways of doing shirt-inspired gowns.” Socially, politically and environmentally, the world has become a scary place. For this reason, the idea of the home as a sanctuary has become even more important. Edelkoort decided to call her décor trend book for 2019 The Spiritual Home.

“We’re living in such dire times, with so much stress and so many terrible things like terrorism. Even though the US economy is doing well, people don’t feel like it is, and they’re not buying as frenetically as they used to.”

Due to the emergence of darker food in kitchens, Edelkoort predicts that rooms that are light – toilets, kitchens and bathrooms – will become dark and vice versa.

She predicts that showers will no longer be restricted to cubicles and that open bathrooms will feature a shower head with no partition. 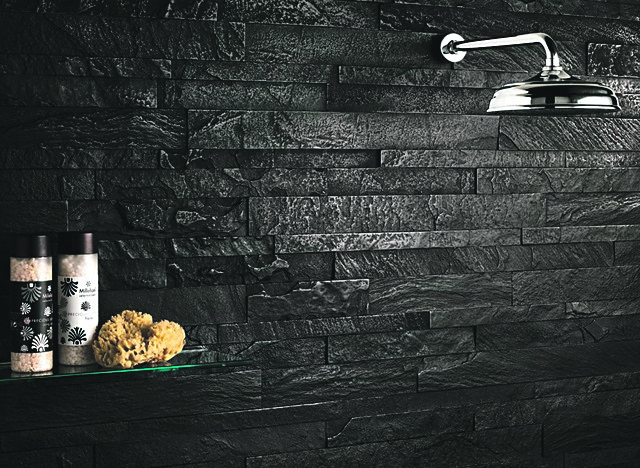 Seating arrangements will change. Instead of a massive lounge suite that takes up half the room, minimalistic settees with small end tables will become trendy.

“The idea is that you use every nook in a space – private or public – to make seating arrangements. We are moving to smaller items that we can then arrange in different ways.”

A surprising colour trend will be lighter coloured velvets.

“We think of velvet being in dark colours – but it’s actually so fresh when it’s light. Especially when it’s cotton velvet.” A CRAFTY WAY OF FIGHTING BACK

Edelkoort is a strong proponent of the importance of handmade crafts. She has a non-profit organisation called Heartwear, which promotes the survival of artisans in developing economies.

“The only people I’ve felt look good at airports are people with an item of folklore on them – like a kaftan, vest or a scarf. It looks best because it’s the most unique, the most personal, the most colourful and it has the human hand in its expression.”

Edelkoort believes that work made by the human hand is going to be erased from this planet by artificial intelligence.

“The fashion industry is the first industry that’s going to be hit, but not the only one.”

Edelkoort paints a rather dystopian future, where machines will take over jobs.

“We will have a society where babies are born without a future.

“There will be no sense in educating them, because there won’t be jobs for them. This is why I think that crafts are going to become vital – it will be a way of fighting back. Either handmade or mechanical made, at least made with people still present.”

We live in a world where facts and fiction get blurred
In times of uncertainty you need journalism you can trust. For 14 free days, you can have access to a world of in-depth analyses, investigative journalism, top opinions and a range of features. Journalism strengthens democracy. Invest in the future today. Thereafter you will be billed R75 per month. You can cancel anytime and if you cancel within 14 days you won't be billed.
Subscribe to News24
Next on W24
Ponchos are back! Here's how to style this re-emerging trend

Get the newsletter
Voting Booth
Do you think it's important to get married in this day and age?
Please select an option Oops! Something went wrong, please try again later.
Yes, it's important in order to create a family unit and for companionship
22% - 562 votes
Not at all. Being single is far more liberating
9% - 239 votes
There is no general answer to this, it's each to their own
49% - 1237 votes
Yes, society still frowns on unmarried people, especially women
1% - 37 votes
It depends on whether you are able to find a compatible partner
18% - 456 votes
Previous Results
Fashion
Ponchos are back! Here's how to style this re-emerging trend