It has been a glorious year of teen nostalgia - from Mean Girls Day celebrations on October 3 to Ariana Grande's Thank u, Next music video to Blake Lively's most recent Instagram post referencing her Gossip Girl character, Serena van der Woodsen.

We're here for all of it.

What I mean by impactful is that much like Mean Girls, Bring it On, Girlfriends, and even Keeping Up with the Kardashians, there are multiple references almost everyone can throw into conversation and it's understood without explanation. Sometimes this also means that there are iconic characters that even people who haven't watched know.

The fact that so many of us who are now in our 20s or 30s are rewatching GG on Netflix in marathon sessions at a time further solidifies this fact.

READ MORE: Blake Lively has worn a power suit for seven days in a row - and it's not by accident

In one of eight things listed by Odyssey that made GG so amazing is the glamour it served consistently episode after episode, season after season.

The parties, the gala dinners and runway shows all gave us a fascinating array of spangled gowns and red-bottomed stompers... even in broad daylight.

Sounds too over the top?

Well, to paraphrase Gossip Girl, "Some may call that [OTT], but on the Upper East Side, we call it Sunday afternoon tea."

So listen up, Upper East Siders, we heard Blair, Serena and co are all taking the designer-draped skeletons in their closet out for one last soireé this party season. And we're coming with.

This is what we think they might be wearing:

S often looked like she walked straight out of a glamorous old Hollywood film. Spotted: A flapper dress that's right up this 'It' girl's alley - a cinnamon mini cami fringe dress by VELVET at YDE, R1099 One of Queen B's most memorable gowns was one from Jenny Packham's Spring 2011 collection. Spotted: A dress that is just as delicious at Zara, R1399 Little J always loved her dresses dark and her eyeshadow even darker.

Spotted: A dress this Brooklyn bad girl would love at Zara, R899 A villain with great taste in earrings.

Spotted: Iridescent Miss Maxi Fern drop earrings for the girl who always has her ear on the ground for the latest scoop. Zando, R199 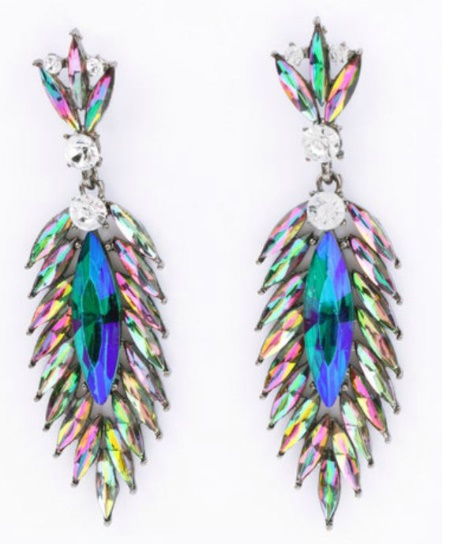 We live in a world where facts and fiction get blurred
In times of uncertainty you need journalism you can trust. For 14 free days, you can have access to a world of in-depth analyses, investigative journalism, top opinions and a range of features. Journalism strengthens democracy. Invest in the future today. Thereafter you will be billed R75 per month. You can cancel anytime and if you cancel within 14 days you won't be billed.
Subscribe to News24
Related Links
Beyoncé and Blake Lively are friends? Plus other unexpected celeb buddies
This Instagram account is airing out the beauty industry's dirty Estée Laundry one screenshot at...
Study finds that TV shows promoting the high life make us less empathetic towards poor people
Next on W24
Consumers still splurging on luxury items despite soaring prices