What ever happened to the ‘first black plus-sized model’? 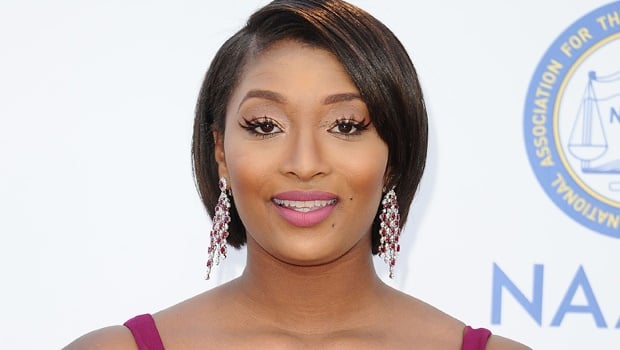 If you watched the third season of America’s Next Top Model, you’ll remember Toccara and her sexy confidence. Especially when she told the judges (and said it in this interview) that she wanted to be the world’s “first black plus-sized supermodel.”

You couldn’t help but root for her. Unfortunately, she was voted off before the end and got seventh place. But she had already cemetned her place as ANTM’s first plus-size model and her career post-show seemed to be taking off.

READ MORE: Modelling is more racially diverse than ever – but is this just a fleeting trend?

Then in 2008, photographer Steven Meisel decided to cast her in Vogue Italia’s iconic all black July 2008 issue. But not everyone was happy with the choice. Editor-in-chief Franca Sozzani had objections to a plus-sized model being used for the shoot, but Meisel stood by his decision and told the New York Times that “I wanted to say something about weight, and I’m never allowed to do that. I met Toccara and thought, she’s beautiful. What’s the deal with her? She’s great and she’s sexy.”

But since then Toccara has been, well, rather quiet.

Her website shows a subscription page for a lingerie line that’s supposedly coming soon and her Instagram has been mostly dead except for a post a few days ago calling for models to be cast in the New York area. Before that she hadn’t posted since September 2017 and hasn’t tweeted since August 2017.

READ MORE: Model who is cross-eyed breaks into the world of modelling - why she's not really 'different'

Which is a real shame because in the age of the body-positive movement, and at a time when representation is so important, we really need her.

Maybe Toccara was ahead of her time? Maybe she just didn’t have the right tools to launch her career? Either way, the world of plus-sized modelling has boomed over the past couple of years.

Ashley Graham is a household name by now and has basically become the face of the body-positivity movement. She’s launching swimwear lines, appearing in Vogue Italia in unretouched photos and owning Sports Illustrated editorial shoots.

READ MORE: Ashley Graham celebrates her cellulite in new campaign - and we are so here for it

In South Africa, Lesego Legobane, aka Thick Leeyonce, is also making a name for herself and has a sizeable following on Instagram where a lot of plus sized women are finding their calling. There's also beautiful women like Yoliswa, Imani and various others who are taking the plus sized world by storm.

One of my favourite things about Tocarra was that she was unashamedly confident about herself and her beauty. She was constantly shamed for being plus-sized on ANTM, but she pushed through. She was also so sassy on the show and said things like “you can shave my head bald and I’ll still walk around here like I’m a goddess” and when a stylist complained about her not being sample sized, she said “Everyone knows that I am the big girl. Everybody knows I’m a plus-size girl. Is it my fault that she had to work extra hard?”

We reached out to Toccara to ask her about her new endeavours and what she’s been up to recently, but did not receive comment before publication.

We live in a world where facts and fiction get blurred
In times of uncertainty you need journalism you can trust. For 14 free days, you can have access to a world of in-depth analyses, investigative journalism, top opinions and a range of features. Journalism strengthens democracy. Invest in the future today. Thereafter you will be billed R75 per month. You can cancel anytime and if you cancel within 14 days you won't be billed.
Subscribe to News24
Related Links
'Plus-size' model recreates Rihanna and other celeb red carpet looks - using food!
Plus size pole dancers and yoga instructors – we stand for women challenging body stereotypes
‘Clothing sizes in SA are ridiculous’ say W24 readers – and they’re not just women!
Next on W24
Brands are leaning on ‘recycled’ clothes to meet sustainability goals. But how are they made?