#BlackWomenAtWork: racism in the workplace is alive and well 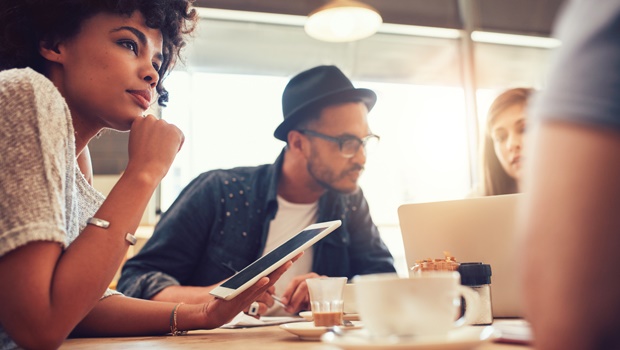 For as long as racism has been alive, black women have been policed about their image, their hair, their looks and their behaviour. Not just in social situations, but in the workplace too.

And, according to Huffington Post, black rights activist and speaker, Brittany Packnett has had enough. She started the #BlackWomenatWork hashtag in response to a segment on TV in which the delightful Bill O’Reilly proved just how racist he is when he completely dismissed Democrat and Congresswoman Maxine Walters in a response to Maxine’s criticism of Trump and his practices.

In the television segment, he said that he couldn’t hear a word she said because he was too preoccupied with her “James Brown wig.”

Because clearly her achievements don’t count for anything, right?

As if that’s not bad enough, White House Press Secretary Sean Spicer recently also rudely demanded that April Ryan, a black journalist, stop shaking her head in response to him answering questions and accused her of trying to cast the White House in a bad light after she asked about the US’s political ties to Russia. While he is known for sparring with journalists, what people were really upset about is the fact that by telling her to stop shaking her head, he was essentially policing her body language.

While this happened in the States, I remember an occasion in which one of our interns went for an interview and was asked if she was adopted because her English is “so good.”

As a woman of colour, I can understand why this hashtag was born. It’s a global problem.

Black women are silenced, denigrated and are constantly told to have several seats when they dare to speak out. Most importantly, people always assume they aren’t as qualified as their white counterparts.

#BlackWomenAtWork has become a hashtag allowing women of colour to share their experiences and the responses clearly show that the sexism and racism shown above is an everyday occurrence.

We’ve rounded up a few tweets below:

When their natural hair is called into question

When you’re mistaken for being the receptionist

Front desk: Are you the new receptionist?

It's why I always wear my badge. #BlackWomenAtWork

That moment when you’re mistaken for a criminal, even though it’s obvious you’re not

And here it is… the “surprise” that black people are eloquent

Being complimented for being so "articulate". I'm an English teacher, with 2 degrees in English #Blackwomenatwork #BlackTeacherAtWork

When your appearance gets more attention than your achievements

And your abilities get called into question

Job to me: are you sure this accurate?

When there’s just no in-between

Have you experienced any of the above-mentioned examples of discrimination at the office? Tell us about your experiences.

We live in a world where facts and fiction get blurred
In times of uncertainty you need journalism you can trust. For only R75 per month, you have access to a world of in-depth analyses, investigative journalism, top opinions and a range of features. Journalism strengthens democracy. Invest in the future today.
Subscribe to News24
Related Links
Hilarious Twitter parody account pokes fun at very real sexism in the workplace
Kim K’s Snapchat - a perfect example of how privilege blinds to the struggle of minimum wage workers
What it’s like being a minority in the workplace
Next on W24
More women in a STEM field leads people to label it as a ‘soft science,’ according to new research

Get the newsletter
Voting Booth
Have you ever purchased a fake luxury/designer item?
Please select an option Oops! Something went wrong, please try again later.
Yes, I believed it was authentic
7% - 430 votes
Yes, I didn't want to spend that much money on the original item
20% - 1264 votes
No, I always shop at reputable stores
13% - 811 votes
No, I don't wear designer clothing
60% - 3724 votes
Previous Results
Fashion
Paris Haute Couture Week Spring/Summer 22 kicks off on a glorious high