Thinking of working abroad? Here are the top 10 countries for women to pursue a career 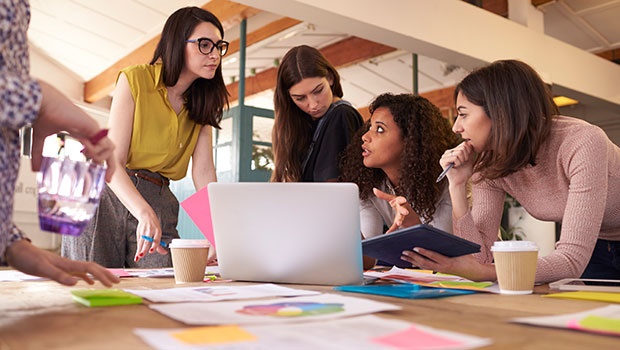 The results reveal significant insights into women citing above-average satisfaction with their career prospects but at the same time benefiting from a higher income than at home.

Have a look at the top 10 countries, in no particular order, according to the survey results.

Scroll down to the bottom of the article if you want a quick glance at the results. Georgina teaches literacy to young men training to become mechanics as part of the Into Work programme run by Action for children in conflict (AFCIC) in Thika, Kenya.

While the East African country has expats facing long work hours, three in five women working abroad in Kenya indicate that they are happy with their career opportunities.

READ MORE: 5 things that happen when you're a black woman in Thailand Doralissa Villaman,15, receives a flu vaccination from pediatrician Dr. Amanda Porro M.D. during a visit to the Miami Children's Hospital on January 7, 2015 in Coral Gables, Florida.

In the "land of opportunity" where independence is valued and the American dream is believed to be attainable, 64% of women surveyed revealed satisfaction with this factor.

However, at 52%, the women's satisfaction with job security is the second-lowest in the top 10 countries, with only Kenya having an even lower satisfaction level of 48% for this factor. Labour MP Dawn Butler, minister for Women and Equalities, in her constituency office with her staff on March 09, 2018 in London, England.

In the UK, expat occupations vary with many people working in education, healthcare, advertising, marketing, and PR, unlike the results for Myanmar and Cambodia which has education as the highest career choice.

The career prospects for expat women working in the UK are also rated a lot more positively at 67% than the average worldwide of 51%, the survey shows. Moira de Villiers interacts with children at My First Gym where she works as manager on August 15, 2016 in Christchurch, New Zealand.

Expats that have flocked to be with the Kiwis have mostly done so to improve their quality of life, according to the survey.

Interestingly at 34%, New Zealand has the highest share of women working only part-time abroad among these top 10 destinations. US Peace Corp Volunteer Alexa Ofori before a speech by first lady Michelle Obama on March 21, 2015 in Siem Reap, Cambodia.

At 82%, Cambodia has the highest percentage of female expats who are satisfied with their working hours. More than that, they work a little less per week than the global average.

The largest percentage of women works in education, followed by nonprofit, charity, and religious organisations. This Southeast Asian country topped the chart when it comes to career prospects and also has the most expat women working in education, with non-profit and religious organisations trailing behind — two professions that aren’t traditionally associated with fast-track careers. A farmer is seen during the harvest of the flower of Cempasuchil for distribution in markets in Xochimilco, Mexico.

Ranking second when it comes to satisfaction with career prospects among women working abroad, the results also show that in spite of this, women have to work pretty hard for their success: the average working week for a full-time job is 45 hours.

The good news: 60% of women state their household income after taxes is more than enough to cover their daily expenses.

The findings show that 69% of expat women working in Ireland are happy with their work-life balance. More than that, they work 41 hours in full-time positions, which is fewer than the worldwide average of 42.7 hours.

On the downside, your life as an expat can be a tad financially stressful, according to the women surveyed.

The nation comprising more than 30 islands in the Arabian Gulf, Bahrain features the highest share of women working full-time. However, at 40.9 hours per week, they also work significantly less than the global average of 42.7 hours.

More than 70% of women surveyed also said that they are content with their work-life balance, and 63% feel like they now earn a higher salary for a similar position in their home country.

In contrast to New Zealand, more than half of the expat women living in Kazakhstan moved there for work-related reasons. They also put in an average of 45 hours in a full-time job – more than the global average – which contributes to a work-life balance negatively.

On the flip side, career prospects and job security received favourable ratings. More than 50% of the expat women revealed that they believe they have improved their income compared to a similar job at home.

The next ten countries on the list include China, Luxembourg, Hong Kong, Canada, and Germany, among others, with South Africa ranked 46 on the list.

We live in a world where facts and fiction get blurred
In times of uncertainty you need journalism you can trust. For 14 free days, you can have access to a world of in-depth analyses, investigative journalism, top opinions and a range of features. Journalism strengthens democracy. Invest in the future today. Thereafter you will be billed R75 per month. You can cancel anytime and if you cancel within 14 days you won't be billed.
Subscribe to News24
Related Links
Manage Your Money Like a F*cking Grownup
This is how I make money as an influencer
4 important money questions you should never be afraid to ask
Next on W24
'I bought 10 cars in 4 years then lost them all and used taxis. But I'm rebuilding my business'