What good is a friend you can only party with, but not flourish with? 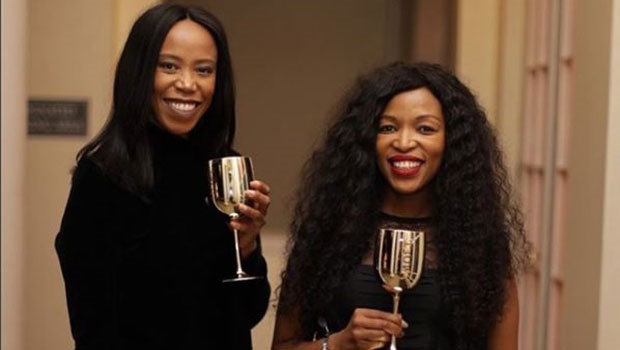 The last thing you probably want to do at the end of a busy work week is to take your work with you into the weekend, which is why a lot of people reserve those two magical days for socialising and unwinding. And it's totally warranted.

It's also totally understandable how some people prefer to keep their friendships and their careers separate - especially when you have work friends anyway.

Read more: To have work friendships or not?

But it's also in our best interests to see the value in friendshipping outside of 'drinks with the girls'. Even our fave rapper Cardi B said it; "(I) don't dance, (I) make money moves." Well she may mean that her moves make her money but we're interpreting it in a different way.

Of course, it's not always about money, but also about making something worthwhile out of what you believe in even if it's just a side hustle.

So why do we sometimes hold ourselves back by thinking we can't build something with friends just because she's an accountant and you're a photographer?

It's probably because series such as Sex & The City, Gossip Girl, Girls and canceled reality TV show The Simple Life are just a few examples of how awfully media has portrayed female friendship dynamics.

Yes, there were representations of love and support in these TV shows, but 85% of the time men/relationships were placed at the center of all their conversations with an underlying tone of jealousy.

Real life friendships can indeed be this fickle at times too, where you get instances where when one friend makes it in life before the other, it sometimes causes a rift. Or where you get friendships based entirely on gossip and toxic chats.

Luckily, solid and productive friendships outweigh the Gossip Girl-esque unions. So much so that there are several friendship duos, trios or even squads which have started started successful business or blogging ventures together.

Here are 5 such friendships worth noting:

Ladies! Have you gotten your tickets to @theothergirlsza Celebrate Other Girls pop up happening this Sunday? Make sure to do the right thing, it's going to be loads of FUN! Event link in bio. The Other Girls dressed by @32clothing Pic Cred @72_photography

The finale may have happened in November 2016, but the social impact of this pop-up brunch and day party movement is still one worth applauding. The WKND Social was the brainchild of Nandi Dlepu, Thithi Nteta, Tumi Mohale and Vuyiswa Mutshekwane - all women who either describe themselves as creatives or entrepreneurs (or both).

This squad venture ran successfully for four years in Johannesburg, drawing in a very diverse and locally star-studded crowd at every event.

How two bodies can effortlessly move in such unison with every click of the camera is a feat to be lauded.

You're probably familiar with their Instagram account that is so squeaky clean you may want to use hand sanitiser before scrolling (and definitely double tapping) through it.

And if you like what you see on their social media, the Prime Obsession store is located at the Newtown Junction Mall in Jozi.

Authoric is made up of friendship duo Jade Cupido and Ondela Mlandu, who are a graphic designer and journalist respectively. These Cape Town creatives felt the need to create a movement that would cater for the 18-35 year old age group, focusing solely on women.

They wanted to start something that would involve all their combined interests (travel, self-development, health/fitness, fashion and beauty).

Authoric looks forward to hosting seminars to assist with self-development, making partnerships with luxury brands, and to continue being part of a movement to stimulate other women they cross paths with.

Camilla has been in London for a couple of hours and we've already hit up SpaceNK... It's going to be an expensive week! #spacenk #spacenkapothecary #beautyshopping #ADUtakesLondon #?? #alldolledupsa

Camilla and Jules are lifelong friends who run one of the most well-known beauty blogs in South Africa. The Cape Town pair created All Dolled Up as an outlet for beauty enthusiasts to share ideas and talk all things hair and makeup.

They post written reviews on all the latest skin, hair and nail care products as well as video tutorials. And if you're a high-end cosmetics type of woman, who likes a good dose of Chanel, YSL and Sephora in her bag, they're your gals.

Boho Chic is a business that was started by two Rhodes University students in order to fund their university education. Nabeeha and Rue sell handmade crochet tops, swimwear, accessories and kiddies clothes.

They also post video tutorials on how to make crochet garments in order to empower fellow women of colour to create too.

As students they also understand that their peers don't have big budgets to splurge on clothes, so their prices are incredibly affordable. If you follow their social media pages, you might even be lucky enough to catch one of their giveaways.

We live in a world where facts and fiction get blurred
In times of uncertainty you need journalism you can trust. For only R75 per month, you have access to a world of in-depth analyses, investigative journalism, top opinions and a range of features. Journalism strengthens democracy. Invest in the future today.
Subscribe to News24
Related Links
The ultimate safety guide for your girls-only night out
To have work friendships or not?
Do all our guy friends secretly want to sleep with us?
Next on W24
Buyers get 15 minutes to stuff as many mannequins as they can into their cars for R1 000