Here are some of your worst experiences with landlords 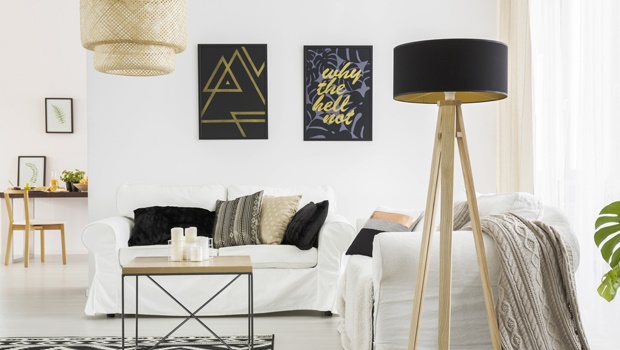 In a recent featured piece, we talked about things many people are afraid to ask their landlords. Questions that cropped up included queries relating to: settling water debts from previous tenants, withholding rent if a landlord is not doing his/her duty and return of deposits.

You can read the full write up of that here.

In light of this, we asked some of our readers to tell us about their worst landlord experiences, and the responses have been shocking. From being locked out of the flat, to not helping with maintenance, it’s clear that many battles have been (and still are being) fought.

(Side note: if you’re a landlord who has had trouble with your tenants, we’d also like to hear from you. Send us an email here.)

We highlight some responses we’ve received from unhappy readers:

My family has been renting a house for years. The house has been passed down generations.

Since the original owner passed her daughter took over the management of the rental properties and rent collection. And of course, each year the rent increases but no maintenance has ever been done on the house in more than 10 years.

About four years ago we started complaining about the balcony's wooden floor that basically rotted away due to bad weather, but each time we complain the owner threatens to increase the rent in order for them to maintain the property.

Our complaints fell on deaf ears and my mom was on the balcony when the floor gave in and basically fell through the floor, luckily she was able to hold onto something to keep her from falling one floor down. When we reported the broken floor we were told to get quotes to have the floor redone and given a “lesson” on how expensive it is to up keep the property.

My parents ended up having to pay to repair the floor and doctors bills.

My dad was previously retrenched and I work alone in the house to pay the rent and other bills.

The rental is fairly cheap compared to other properties, so the sad reality is we can’t afford to move out and we can’t afford for the landlord to maintain the property and increase the rental.

The landlord who went AWOL

In 2012 I moved into a house share into a cute property in the buzzing suburb of Morningside in Durban. We shared a three bedroom house (actually two bedrooms and a tiny loft) with two other ladies. This was my first stint of independence so it was exciting. The ladies and I became amazing friends.

But we left three years later with zero will to rent anywhere.

A few months into the lease, I realised that the loft was riddled with borer. We advised our landlord and he kept saying we needed to clean the property properly.

We were supposed to buy water and electricity tokens directly from him. He had advised that we give him two days notice for any purchases. He easily went onto seven days without returning our calls, texts or emails requesting power or water. Some days we had really run out and just had to do without.

I later found out that he was charging us double for these tokens.

The lease was in a company name and none of his "real details" were on the lease. The lease had also expired and we were on a month to month arrangement. This had not really bothered him as were excellent payers and didn't bother him for trivial repairs even though most of them were his responsibility.

After realising this we quickly tried to get our things in order and asked that we renew our lease. He didn't get back to us for days.

One Tuesday evening, we heard a banging on the gate but ignored it because we weren't expecting anyone. We were also conscious of our safety at that point.

Suddenly a lady who lives on the property but in a separate building came to knock on our door.

She tells us that the landlord had sent someone and we needed to speak to him. Very concerned, we asked what the reason for this was. Apparently this man had been sent by the landlord to renew our lease.

We were to trust this stranger with our private information and pay a renewal fee to him. We had not paid a fee when we moved in as it was not through an agency. I very calmly asked him to get the landlord to call us to arrange a proper meeting. He left without saying much. Several days later our landlord got his lawyer friend to call and threaten to kick us out because we had "refused" to sign his renewal lease.

We spoke to his lawyer about all our concerns and he immediately gave us notice. We accepted as we were at our wits end regarding a lot of things.

We paid for that month and started looking for alternative accommodation. During that week he refused to talk to us or send us any water and light tokens. We were out for almost 2 weeks. We couldn't get help from the companies that sell these as they only sell to registered buyers (owners of properties).

We left at the end of the month and he never returned our deposit.

READ MORE: You can have a stylish and eco-friendly home with these décor pieces

The landlord who gave notice without any explanation

My worst landlord is the one I had for almost six years. He just decided that he don't want us to stay there anymore without any explanation.

He gave us nine days to look for a new place.

A number of years ago, we rented a house while ours was being built.

It was for a six-month lease as that is all we needed, and I was heavily pregnant too. My daughter was born a few weeks after we moved in.

The owner had had the house on the market but because it hadn't sold. They figured that renting it out to us could at least earn them an income while waiting.

Problem was, the landlord thought she could just enter my home whenever she felt like during the day to show potential buyers around - without my consent - and without us being home.

Well, at least not until she was caught red handed - and I was at home - much to her surprise. It was totally awkward to say the least and that was the last time.

We never had any contact again until my lease was up.

The landlord whose son helped himself to their household contents

When I was doing my first year I couldn't stay at res because I had applied too late and had to rent at a commune.

Although the place was safe, the landlord would come into our rooms unannounced.

During the day when we were attending classes, her son and friends would come in, eat our groceries and even use our things. That was the final straw. I’m glad I moved out before the end of the 1st semester.