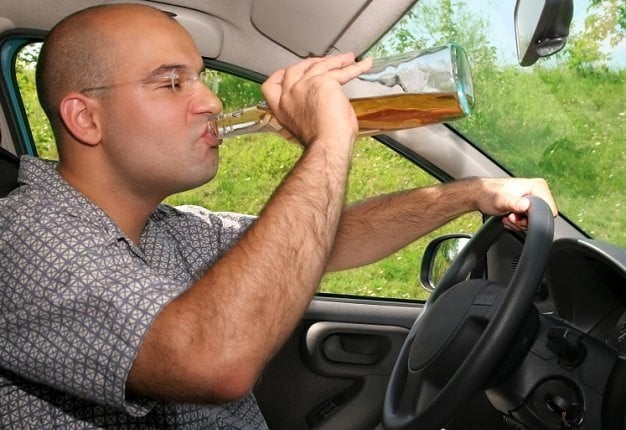 <b>DON’T DRINK AND DRIVE:</b> Drinking and driving is incredibly irresponsible and a conviction could see you lose your job as well as limit future employment prospects. <i>Image: SHUTTERSTOCK</i>
Here's a sobering thought as you head off to the office party - or other alcohol-fuelled celebrations - over the next few weeks. Drinking and driving could cost you your job.

Which means, possibly, your house, your children's education, that overseas holiday you and your spouse had been dreaming of - and, consequently, perhaps your spouse.

A UK survey has shown that almost a third of that island's population would have to give up their job if they lost their driving licence because they relied on a vehicle for their job.

The figures for South Africa might differ but the potential for a lost job is the same: drink, drive, get caught, big fine, lose licence.

Millions of workers risk losing their jobs or face difficulty getting work if they drink and drive over the holiday season, the UK government’s latest THINK! drinking and driving campaign has revealed in December 2013.

A third of respondents said not being able to drive limited their choice of job while 47% said their social lives had been affected because they were unable to visit family or friends.

People who drive as part of their job are particularly vulnerable but someone with a conviction could also be denied access to millions of jobs which involve criminal-record checks - professional drivers, teachers, care workers and jobs in banks and finance.

Any employer can ask to view criminal convictions and research shows that 75% of employers admit to that criminal records are considered during recruitment.

Automobile Association president Edmund King said: “Drink-drive convictions have dramatic and traumatic snowball effects. A third of people will lose their job and experience years of hiked insurance premiums. A snowball might melt away quickly whilst the effects of a driving ban last way beyond any winter thaw.

Head of Drink Driver Education Roger Singer said: “I help hundreds of drink drivers every year, and they all say the impact of their conviction is much more severe and far-reaching than they imagined.

“Everybody I meet has been given at least a 12-month driving ban. For many this meant instant dismissal from their job, for some it meant resigning because they couldn’t get to work. Many haven’t applied for future roles they want because of the conviction and have got stuck in careers they hate.”

What's the legal alcohol limit? What will happen if you're caught? Click here to find out more about drinking and driving laws in SA.

We live in a world where facts and fiction get blurred
In times of uncertainty you need journalism you can trust. For only R75 per month, you have access to a world of in-depth analyses, investigative journalism, top opinions and a range of features. Journalism strengthens democracy. Invest in the future today.
Subscribe to News24
Related Links
78 die and ANC wants self-help system!
130+ vehicles in morning fog mayhem
Next on Wheels24
Driver is amazingly calm despite rolling his Jeep!

Subscribe to newsletters
Lockdown For
DAYS
HRS
MINS
Voting Booth
Do you think Lewis Hamilton deserves to be knighted by the Queen?
Please select an option Oops! Something went wrong, please try again later.
Yes, he is an incredible athlete
35% - 151 votes
No, he hasn't done anything special
21% - 91 votes
He is good, but doesn't deserve the honour
44% - 191 votes
Previous Results
Car Doctor
Why it's important to wipe personal information from your car - here's how to do so