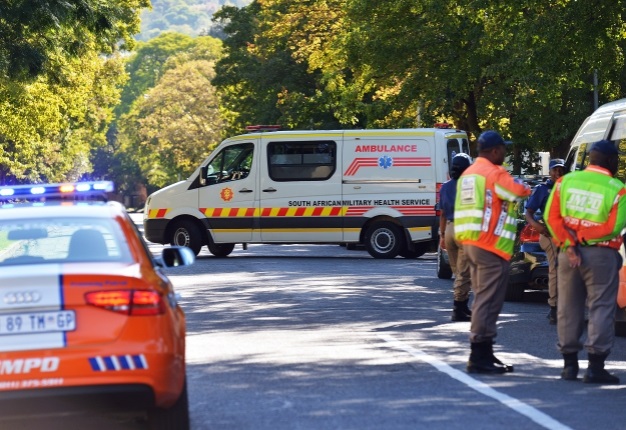 Draft regulations intended to curb road carnage include slower speed limits, the banning of carrying children in a bakkie load bay and restricting the use of heavy vehicles on public roads.

Another proposed regulation could frustrate drivers by compelling them to take a practical test, the details of which have yet to be published, when renewing a driving licence.

Dube said: "The regulations have been published for public comment and hopefully the outrage makes it to paper and is submitted as part of the public participation process."

"We understand the impetus been the proposed regulations. We have lobbied for similar amendments to be made in the past. Road deaths are a serious problem in SA and its important to tackle these problems not just through legislation but also through enforcement and education.

"Nationally, there's a major issue with driver fitness. Government discussions have identified various interventions such as a probation period for new drivers."

Government is calling for drivers to take a practical test when renewing a driving licence. Will this curb road deaths? Have your say in our home page voting booth!

Dube said: "According to statistics in the Western Cape, many pedestrian are being knocked down in 60km/h zones.

It's widely accepted that a 60km/h speed limit isn't safe for urban areas particularly around schools and shopping malls. A review of speed limits in urban areas needs to be conducted."

Comments on proposed amendments to road traffic act to be made within 4 weeks https://t.co/rbIJFX4t8q pic.twitter.com/QjL9zpqZR2

Wheels24 has received dozens of emails and comments about the proposals. Our readers' responses ranged from calls for better enforcement of current laws to approval of the new. Below are some of them:

Albert Managa: "New laws and rules can only work if they are enforced. If there is no enforcement, they will remain useless. It is senseless to have a millions of laws that remain unimplemented. Enforce the current rules first."

Aphiwe Handile: "I dont see how these new regulations will work. The issue of lazy and corrupt officers in our country remains. There are already SA road laws for those in authority to enforce. What happens if a driver bribed an officer/offical to obtain the driving licence what gives us guarantee that he/she wont when be called for a renewal? What a Waste of time and state resources..."

Nhlamulo Moses: "I think they are not certified about the corruption that is happening in our training centres where instructors are the ones who are tested on your behalf."

'IT WILL CAUSE MORE CORRUPTION'

Angelo said: "I agree with the reduction in speed limits but driver evaluation/lisence-renewal will cause corruption. I have seen it with my own eyes in traffic departments."

R Baker: "The idea of driver retesting is unrealistic and impractical and shows a lack a basic management skills by those proposing it. Instead of bothering the entire driving population, most of whom are safe drivers, the emphasis should be on identifying unlicensed, illegal drivers.

Secondly, drivers who are fined/caught for certain categories of traffic offenses or whom have  had crashes should automatically have to be retrained/reapply for licenses or government should enforce the demerit system.

"The underlying problem is lack  of  driver training for some (Not all) and Criminal/ignorant/corrupt disregard for existing licensing and training legislation. It is really not fair to inconvenience all drivers because of the sins of a few!

Ross Stuart: "The government can propose and pass whatever laws it likes but if they are not properly enforced they are worthless. At present there is enormous non compliance without consequences.

"Until such time as this state of mind is changed the status quo will remain, regardless of any law changes.
It would be an interesting exercise to establish what percentage of traffic fines issued are actually paid country wide and what percentage of those not paid end up in court."

Tokollo Maphala: "I am not in favour with the new proposal, it is just going to cost the country more problems and increase unemployment, crime. Furthermore reducing speed will not serve the purpose,what need to be done is for the department to increase visibility of law enforcement.

"Testing when renewing a driving licence is not cost effective for us because we will have to make an appointment first and while waiting for the date,you are not allowed to drive and some of us work far from the testing centres or outside town.

Reducing of speed will it apply to all citizens or government officials will be given special treatment. With regards to loading kids on bakkies - how are we going to help those living in rural areas only work as a transport to provide for her family?

"I understand the challenge that our county is facing, but it seems that people in the government don't think for other people who are not in the same league or disadvantages. They only concern about being noted as someone who drafted a new policy and not checking the impact of it.

"I truly believe that if visibility and the citizens can change their attitude and patience we can we this war."

http://t.co/sHKwtnc1Mq News24 In SA with no alternative to road transport the suggested legislation is bound to cripple the economy #nohope

What do you think of the Transport Department's proposed legislation? Will we see a reduction in road deaths? Email us and we'll publish your thoughts.

We live in a world where facts and fiction get blurred
In times of uncertainty you need journalism you can trust. For only R75 per month, you have access to a world of in-depth analyses, investigative journalism, top opinions and a range of features. Journalism strengthens democracy. Invest in the future today.
Subscribe to News24
Related Links
W Cape gov responds to new SA road rules
SA's new road rules: What YOU say...
New SA road rules: 20km/h speed cuts
Next on Wheels24
Takata air-bag saga: Honda hit hardest

Subscribe to newsletters
Lockdown For
DAYS
HRS
MINS
Voting Booth
Do you think Lewis Hamilton deserves to be knighted by the Queen?
Please select an option Oops! Something went wrong, please try again later.
Yes, he is an incredible athlete
35% - 162 votes
No, he hasn't done anything special
21% - 100 votes
He is good, but doesn't deserve the honour
44% - 206 votes
Previous Results
Car Doctor
Why it's important to wipe personal information from your car - here's how to do so