'Conditions were perfect really, my bike was great' - SA's Wade Young gets back to winning form 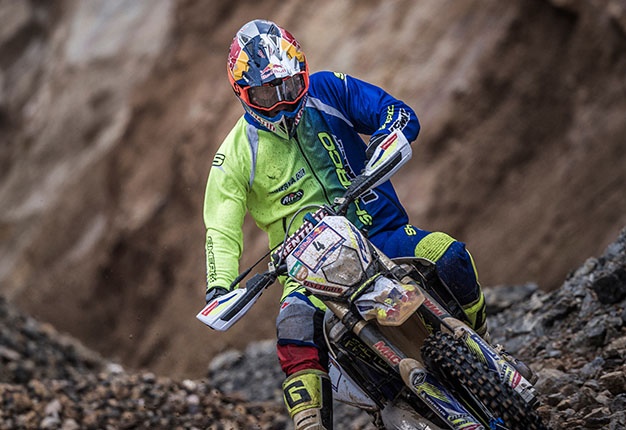 Red Bull athlete Wade Young won his 3rd Wildwood Rock Extreme Enduro in what was the toughest course set in the event history on 10 November.

The event once again offered sections of the Wildwood property, near Tullamarine Airport in Victoria, that riders loved to hate. Each lap gave spectators a front-row seat to some of the biggest spills and displays of unbelievable bike skills ever seen on a dirt bike.

"It was a good race. I really enjoyed the new sections of the track this year, and it was great to see so many fans back cheering us on," said Young, who has been sidelined due to injury for over a month.

"Conditions were perfect really. My bike was great, and we even ran the stock tyres which worked perfectly. It’s rewarding to put Sherco upfront and to win again. I like coming here and being in Australia," he added. The morning prologue saw defending champion Young take the fastest time of 2 minutes and 4 seconds over Australian Tim Coleman who was 12 seconds back.

With the event moving back to a 3-hour format from the previously tested four-hour format, the action was condensed and exciting for the duration.

Wade Ibrahim closely followed Young for most of the six laps to and took second place once again after finishing in the same spot in 2018. Ibrahim once again proving that he is Australia fastest Extreme Enduro rider back to back. Tim Coleman rounded out the podium.

Young commented that he was very impressed with how much harder this year’s event had been on the past years and was also aware that he could not afford to make any mistakes with Ibrahim hot on his heels. So close that it was only a 1:09 minute gap at the halfway point of the event between them.

Young now returns to South Africa to prepare to defend his Roof of Africa title in Lesotho in early December.

We live in a world where facts and fiction get blurred
In times of uncertainty you need journalism you can trust. For only R75 per month, you have access to a world of in-depth analyses, investigative journalism, top opinions and a range of features. Journalism strengthens democracy. Invest in the future today.
Subscribe to News24
Next on Wheels24
EICMA points the way to 2020 with a collection of new bikes