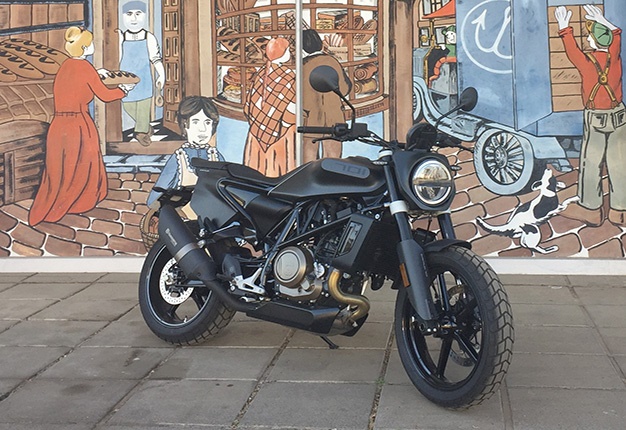 I enjoy almost every bike I ride, but every so often I come across one that is more than just enjoyable – a bike that can only be described as pure, unadulterated fun.

And if it comes packaged as one of the most attractive designs on the market, it becomes a very compelling proposition. That’s exactly what the highly anticipated new Husqvarna Svartpilen 701 is – a bike that invites you play, whether over a weekend on the open road, or on a weekday on your way to work. It turns every road, no matter how mundane or exciting, into a playground.

The Svartpilen (Swedish for ‘black arrow”), and its sibling, the Vitpilen, were received with interest when they were introduced to the local market. Husqvarna’s design philosophy was to take a modern bike and strip it down to its bare essentials, and then clothe the remaining mechanicals with restrained elegance. The resulting bikes were a breath of fresh air – beautiful in their simplicity when compared with the rest of the field, which seemed to become bigger, bulkier and more complex with every iteration. A testimonial is the fact that during the review period, every onlooker, without exception, would remark on how good-looking the Svartpilen was.

It is a great deal smaller than its 693 cm³ engine capacity would have you expect. Many an onlooker, when asked to estimate its engine capacity, placed the Svartpilen 701 in the 350-400 cm³ category. 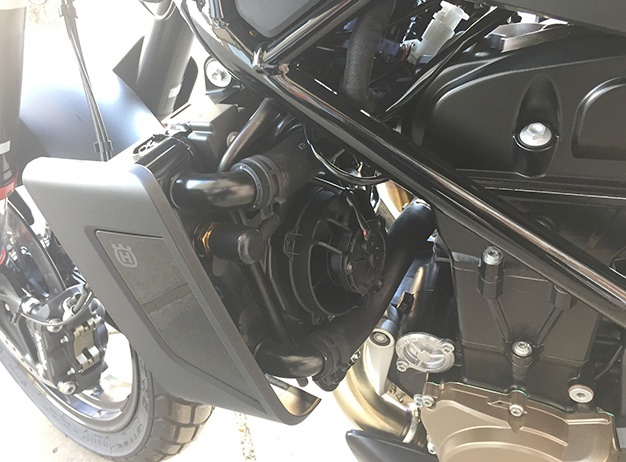 Apart from not being particularly high, the bike is also surprisingly narrow; something that was even more evident in retrospect when I transitioned to a KTM 790 Adventure R as my next review bike. Being this narrow allowed the Svartpilen to slip through traffic with the kind of impunity usually reserved for sub-500 cm³ bikes.

Yet, despite its compact appearance, the bike doesn’t feel cramped. The distance from the foot pegs to the seat allows for a comfortable amount of knee bend, while the upward-bent handlebars keep the upper body in a relaxed upright position.

The overall design is vaguely flat track-based, with a huge round headlamp surrounded by a vestige of what on a competition bike would have been a race number plate. Behind the heallamp is an equally huge round single dial which contains a monochrome LCD instrument panel, which is both comprehensive and easy to read under almost all light conditions. In addition to the usual tachometer, digital speedo, fuel and temperature gauges and gear position indicator, it also includes niceties such as fuel consumption, tank range and a plethora of warnings (side stand, engine kill switch, etc.).

What appears to be a single seat that flows into a 1980’s Kawasaki-like upswept tail piece, is in fact a dual seat – the “tail piece” is the pillion seat. On the side of the tank is the same beveled protrusion found on the Vitpilen, while a silver accent line carries the slope on the seat end of the tank through the side cover and rear foot peg mounting all the way to the exhaust bracket to create a clear distinction between the main frame and the sub-frame.

The bodywork terminates in a stylish tail light, and the whole effect is only marred by the mount for the number plate and indicators, which thankfully seems easy to replace with a tail-tidy. The magic of the Svartpilen comes from its 693 cm³ single-cylinder motor, straight from the KTM 690 Duke. What I found surprising was how willing the engine was to rev – it felt more like a twin than a single. But it lacks the smoothness of a twin, which, in this bike is not a bad thing. The vibration from the thumper mill, while never enough to be irritating, endowed the bike with a character without which the smoothly designed bike could easily have seemed bland.

Combined with an up-and-down quickshifter and autoblipper (that works surprisingly well for a single) and switchable traction control, everything mechanical about the bike just seems to beg you open the throttle and race through the gears. The handling department doesn’t let it down either. It is nippy and nimbler around town, but the Svartpilen really comes alive when you twist the throttle with vigor. The WP suspension lets it corner with pinpoint accuracy and lean into curves gleefully, despite being shod with Pirelli MT60RS knobblies, while the Brembo four piston radial caliper offers ample stopping power if a less-than-attentive cager suddenly feels the urge to obstacle your passage.

Granted, the Svartpilen 701 is more expensive than similar bikes, but it is a premium I would be happy to pay for a bike that is not just as lively as it is attractive, but practically guaranteed to turn heads wherever it goes. It is the easily most playful, enegetic and downright fun bike I’ve ridden this year. We live in a world where facts and fiction get blurred
In times of uncertainty you need journalism you can trust. For 14 free days, you can have access to a world of in-depth analyses, investigative journalism, top opinions and a range of features. Journalism strengthens democracy. Invest in the future today. Thereafter you will be billed R75 per month. You can cancel anytime and if you cancel within 14 days you won't be billed.
Subscribe to News24
Next on Wheels24
REVIEW | BMW's R1250 RT still has that je ne sais quoi of its forefather