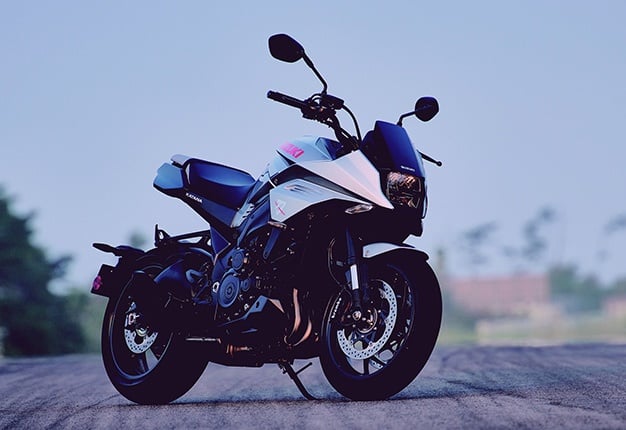 Let’s take a step back in time to 1981 when Suzuki caused a sensation with the most outrageous bike the world had seen up to then: the revolutionary GSX1100S Katana.

When the Katana was launched, it changed street motorcycle trends in one fell stroke. In fact, the Katana’s influence is still evident in motorcycle designs 38 years down the line.

Design by German design legend Hans Muth (who turned the ungainly-looking BMW '/5' series bikes into classic beauties), the Katana was the stuff that my teenage dreams were made of, and when the new iteration came around I wasn’t going to allow the opportunity to test its modern iteration, so I added my name to a lengthy waiting list for the opportunity to review one.

The new Katana, launched earlier this year but classified as a 2020 model, was also penned by an independent designer, Rodolfo Frascoli, who was also responsible for Triumph’s Speed Triple and Tiger 1050.

Frascoli’s 2017 design concept tickled Suzuki’s fancy, and they greenlighted the GSX-S1000-based concept for production with very little revision to the underlying platform.

Design-wise the new Katana is a worthy successor to the original. The lines that were so radically different in 1981 have aged well, and several younger onlookers who had never seen the original remarked positively on the bike’s looks.

One unintended compliment that summarised how well the bike has captured its predecessor’s appearance came from a young hipster, who said: “I love it, except for the headlamp – it looks so… eighties!”Like the GSX-S1000, the Katana is a practical everyday sportbike. 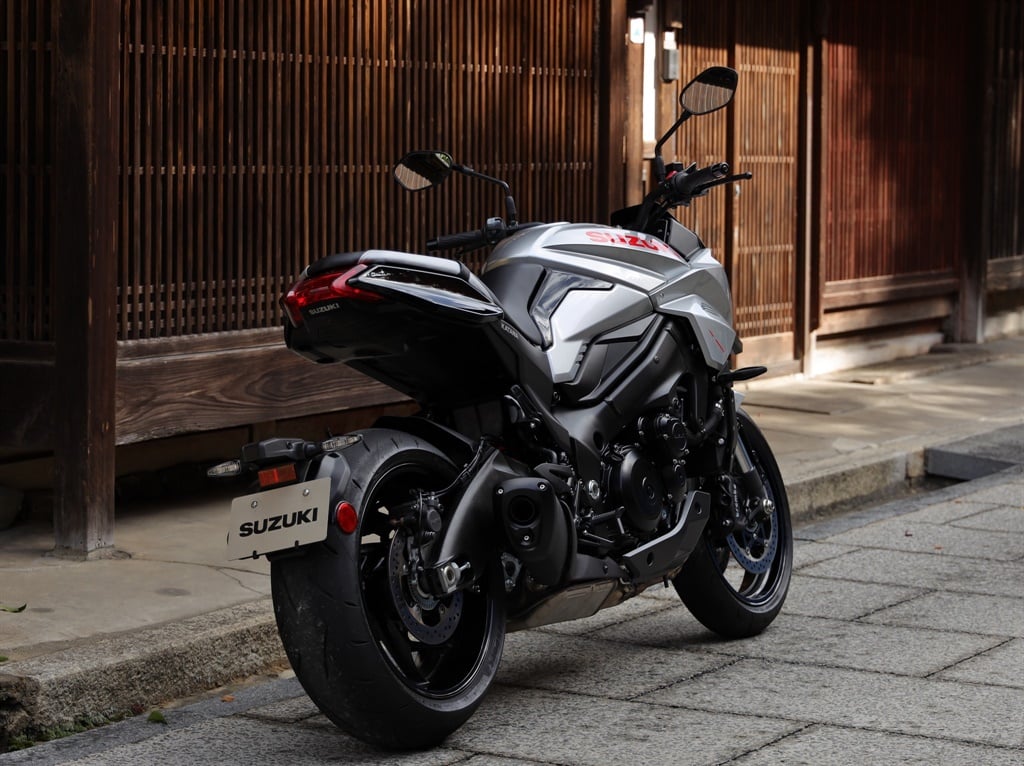 The seating position hits the sweet spot between sporty and neutral so that you only need to lower your upper body to transition from your commuting position to crouching for the twisties.

Ridden hard, the bike is responsive to light steering inputs and stable both through corners and at speed, and offers reassuring grip.The new Katana is nowhere near being the fastest bike in production, but that’s hardly the point of this exercise. That said, with 110kW on tap, it is no slouch either.

In the upper rev range, it goes like the proverbial stink, but as is common with everyday sportbikes, it also offers decent punch in the rev range where you spend most of your riding.

Sadly the #suzukikatana has to go back today, but it’s been a great experience. @suzuki_za @wheels24_sa

With its abbreviated tail, the Katana doesn’t offer much in the way of luggage room, making a backpack just about the best option for carrying your daily paraphernalia.

As far as long-distance riding is concerned, you would probably be best advised to send your luggage ahead or have a support car to do the heavy-lifting duties.

But none of these caveats, I suspect, will matter to potential buyers. The older ones will most likely be the ones who buy it to have a modern version of the bike they fondly remember from when they wore youngsters’ clothes, and the younger ones will likely do it to own a bike that stands out from the crowd with just enough retro cool to make a statement.

For either group, it will be a win, because they not only get what they are looking for, but they also get a thoroughly modern sportbike with all the mod cons we have come to expect, clothed in a body that is both timeless and exceptionally beautiful.

We live in a world where facts and fiction get blurred
In times of uncertainty you need journalism you can trust. For 14 free days, you can have access to a world of in-depth analyses, investigative journalism, top opinions and a range of features. Journalism strengthens democracy. Invest in the future today. Thereafter you will be billed R75 per month. You can cancel anytime and if you cancel within 14 days you won't be billed.
Subscribe to News24
Related Links
EICMA points the way to 2020 with a collection of new bikes
REVIEW | The Triumph Speed Twin combines the best retro and modern elements
Next on Wheels24
BIKE REVIEW | Return of the Triumph sport bike: Is the Speed Triple RR a reincarnated Daytona?

Get the newsletter
Lockdown For
DAYS
HRS
MINS
Brought to you by
Voting Booth
Do you think Mercedes will return to form later in the 2022 F1 season after two poor races?
Please select an option Oops! Something went wrong, please try again later.
Yes, don't discredit them.
33% - 611 votes
Who cares, F1 is exciting again!
44% - 810 votes
No, it's Ferrari's turn to dominate again.
23% - 430 votes
Previous Results
Car Doctor
Car doctor | How 'pimping your ride' could affect your vehicle insurance - what...