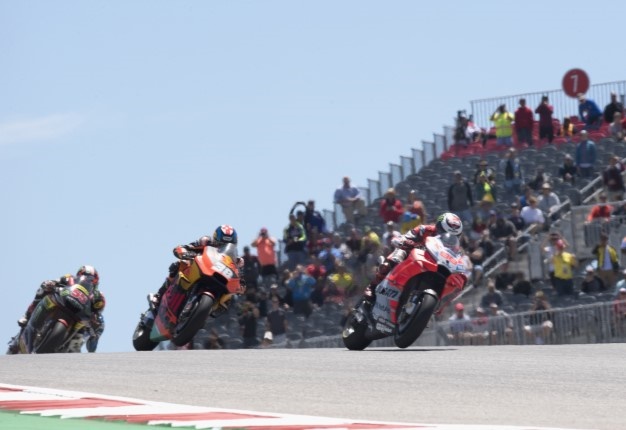 The 2020 MotoGP season lost another race on Monday when the Japanese Grand Prix was cancelled.

The first 11 races of the season have been either postponed or cancelled due to the coronavirus pandemic.

MotoGP organisers Dorna are awaiting Spanish government approval to start the truncated season with back-to-back races at the Jerez circuit on July 19 and 26.

Aside from the proposed double act at Jerez, three other races -- France, Italy and Catalonia -- are also awaiting a confirmed slot in a season that was due to have begun in Qatar in March.

Due to coronavirus outbreak, the #JapaneseGP ???? has been cancelled

Full details in the article below ??#MotoGP | ??https://t.co/2mZivcTlR5

July 19: Spanish Grand Prix at Jerez (to be confirmed)

July 26: Grand Prix of Andalusia at Jerez (to be confirmed)

November 15: Grand Prix of the Americas at Austin, Texas

We live in a world where facts and fiction get blurred
In times of uncertainty you need journalism you can trust. For 14 free days, you can have access to a world of in-depth analyses, investigative journalism, top opinions and a range of features. Journalism strengthens democracy. Invest in the future today. Thereafter you will be billed R75 per month. You can cancel anytime and if you cancel within 14 days you won't be billed.
Subscribe to News24
Related Links
Miller to throw his leg over a Ducati in 2021
'I thought I might have lost it,' says relieved motorbike champion Marquez
Next on Wheels24
Ride Train Race: Giving back to the community through youth development