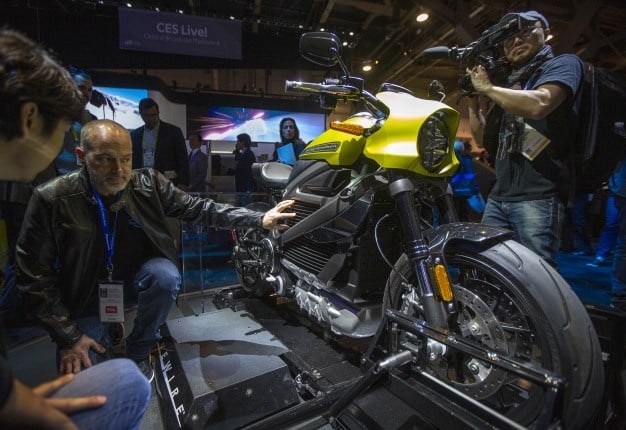 • The SR/S is the more powerful between the two boasting 190Nm.

"That's a Harley", is a common phrase when one hears off-beat noise from the spark plugs that fire at uneven intervals from miles away. Harley-Davidson's feature a traditional engine configuration , a V-twin with a 45-degree between the cylinders and a single crankshaft pin that holds the pistons, according to the Chicago Tribune.

The chug-chug-chug of the engine is synonymous with the American motorbike manufacturer.

Founded in 1903, the company's founders William S. Harley, Arthur Davidson, Walter Davidson, William A. Davidson would have been shocked to hear had they been alive that the company has an electric-powered bike.

Harley-Davidson's electric bike, the Livewire, was unveiled as a concept in 2014 and entered production in January 2018 only to be suspended due to a charging issue.

"We recently discovered a non-standard condition during a final quality check; stopped production and deliveries; and began additional testing," the company said in a statement at the time.

The Wall Street Journal reported that the decision came after a problem with the vehicle's battery charging was discovered. Production continued in October 2019.

The LiveWire is powered by an electric liquid-cooled longitudinally-mounted three-phase induction electric motor. It has a claimed 78kW and 117Nm and uses a single-speed belt drive via bevel gear transmission. The bike weighs 210 kilograms.

The Deutsche Welle team is comparing the Livewire against an electric bike from the Zero Motorcycle company called the Zero SR/S.

It has 82kW and and 190Nm, so a lot more torque than the e-Harley. Watch the video to see the comparison.

We live in a world where facts and fiction get blurred
In times of uncertainty you need journalism you can trust. For 14 free days, you can have access to a world of in-depth analyses, investigative journalism, top opinions and a range of features. Journalism strengthens democracy. Invest in the future today. Thereafter you will be billed R75 per month. You can cancel anytime and if you cancel within 14 days you won't be billed.
Subscribe to News24
Next on Life
Riding a BMW R18 classic bike: A day in the life of an apex predator with Brutus, the Berlin Bruiser