Even though it sounds like a made-up name of a company in a sundry accounts ledger, there is something known as ABC tuning. Wheels24's contributor Robin Classen explains in his terms.

The name sounds simple, and the mechanical intricacy involved is pretty much the same.

ABC tuning involves making the engine breathe better by employing a bigger exhaust system, and replacing the old intake with one of the 'cone' or 'mushroom' variety.

READ | That special car touch - What is gentleman tuning all about?

These small bolt-on mods can see power gains of up to as much as 20kW depending on a naturally aspirated engine. The quicker a car can suck in cleaner air and expel carbon, the faster it will go. 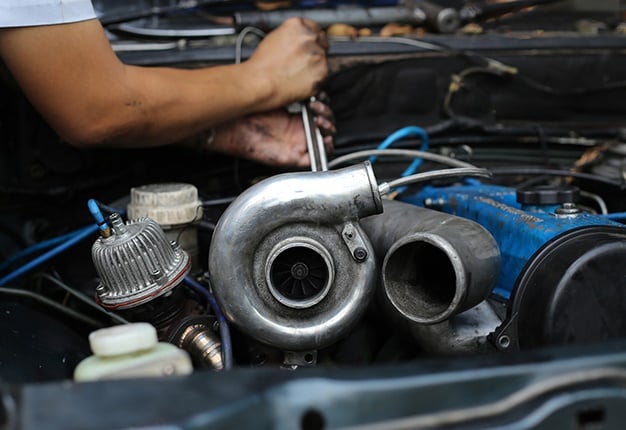 Turbocharged cars are easier to extract power from because there are a variety of bolt-on kits available for most cars that delivers a fair balance between speed and fuel economy.

Upgrading the stock boost pipes, wastegate and blow-off valve to aftermarket ones won't increase power but are an improvement over the stock items.

The K04 turbocharger in the Audi and Volkswagen range is a popular first-time modification with a healthy increase in power and improved throttle response.

Not heavy on the pocket

While cylinder head porting also greatly improves airflow inside the engine, it can't be considered part of the ABC gang because it involves having cylinder head removed.

Besides the exhaust and intake, switching a car's original fuel pump for a better pulsing one improves delivery to the fuel rail and injectors. It is also an inexpensive task to carry out.

The effects of lightening a car are immeasurable and greatly increase acceleration. Although this is a common practice in race cars, some people remove their spare wheels but this is not a good idea because anything can happen.

We live in a world where facts and fiction get blurred
In times of uncertainty you need journalism you can trust. For only R75 per month, you have access to a world of in-depth analyses, investigative journalism, top opinions and a range of features. Journalism strengthens democracy. Invest in the future today.
Subscribe to News24
Related Links
Car mods | These are some of SA's most popular engine swaps
Honda's Civic Type R FK2 and FK8 are prime examples of why turbochargers are the way to go
Next on Wheels24
WATCH | How to protect yourself from buying a water-damaged used car