Through many years of advertising, a perception has been created that the parts supplied by car dealerships are "genuine", thereby implying that the parts sold by the aftermarket are inferior "copies".

The truth is that car manufacturers only design and assemble cars.

With some exceptions, they make relatively few components that are used in the assembly of a vehicle as it would be impossible to manufacture the many thousands of components needed for each model. For that reason, among others, they outsource the manufacturing of parts and components to various suppliers around the world. 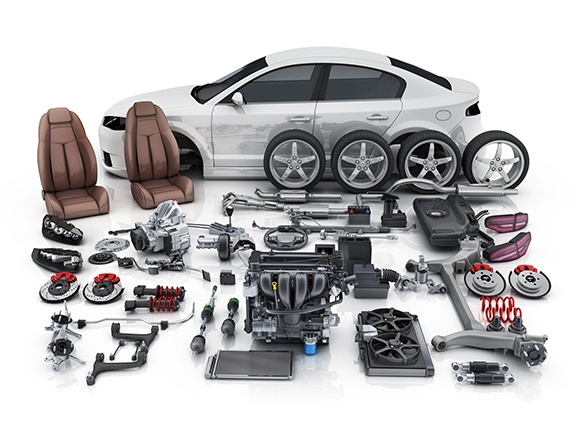 A little-known fact among the general public is that most OE suppliers also supply the aftermarket. More than 50% of our suppliers are original equipment manufacturers (OEM) supplying to Fiat in Italy, BMW in Germany, Ford in Brazil, etc.

Some of our suppliers have contracts with more than 20 different car manufacturers and have been OEM for many decades.

Where the wool has been pulled over consumers' eyes is that aftermarket distributors often sell precisely the same parts used on the production line. Still, instead of supplying them in boxes with the car manufacturer's logo, they are sold under the brand of the manufacturer of the part – a "private label" if you will.

Of course, some parts manufacturers are not OE suppliers.

Some have chosen that path because it is more lucrative to supply the aftermarket, while others do not have the quality to meet the car manufacturer's stringent demands. It is this latter group that sometimes leads to the reputation of aftermarket parts being inferior to the parts that car dealerships supply.

Our advice to car owners and consumers is to purchase parts from companies with a reputation for quality and service.

Many of your Wheels24 readers would have heard the term "pirate parts", which is associated with parts sold by the aftermarket in a derogatory context and undermines the reputation of aftermarket parts distributors.

Hopefully, I've provided some insight which shows this term is entirely out of context and should not be used in relation to automotive parts.

As in every industry, there are quality brands and also brands/suppliers which are better avoided.

Knowledge on automotive brands is not something the average member of the public is well-versed in; they seek "safety" in buying from the car dealer. However, choosing a reputable aftermarket parts supplier and getting the right advice when servicing your vehicle can save you a lot of money without compromising on quality.

- Chris O'Carroll is the managing director of Masterparts.

We live in a world where facts and fiction get blurred
In times of uncertainty you need journalism you can trust. For 14 free days, you can have access to a world of in-depth analyses, investigative journalism, top opinions and a range of features. Journalism strengthens democracy. Invest in the future today. Thereafter you will be billed R75 per month. You can cancel anytime and if you cancel within 14 days you won't be billed.
Subscribe to News24
Related Links
WATCH | This Limpopo pupil designed and built his dream car from scratch
SEE | Spoilers, cut springs, under-car lighting - 5 mods you should never do to your car
Next on Life
Does cruise control help save fuel when driving? Here's what you should know