Alonso reportedly in the running to drive 'pink Mercedes' in 2021 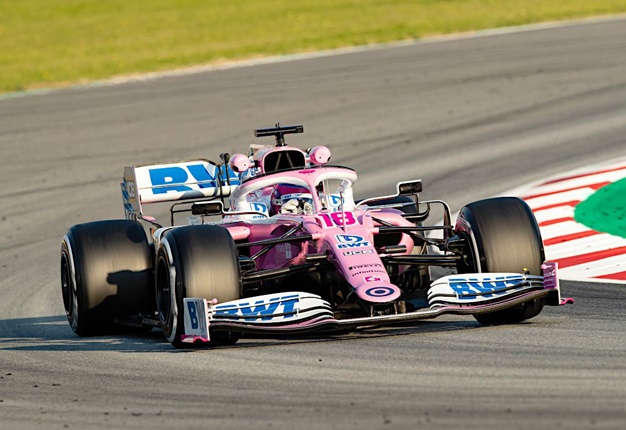 • Vettel, Alonso in the running for Aston Martin drive in 2021

• Racing Point's current drivers are under contract for 2021, however

Sebastian Vettel and Fernando Alonso are both in the running to drive for the new Aston Martin works team from 2021.

That is the claim of La Gazzetta dello Sport, even though the earlier rumour was that the former world champions were in fact vying for a Renault seat.

However, it is now rumoured that Vettel, who will leave Ferrari at the end of 2020, and Alonso, currently on sabbatical, could in fact drive a pink car next year.

The Silverstone based team's owner Lawrence Stroll has taken over Aston Martin and will rebrand Racing Point from 2021.  Stroll's son Lance and Sergio Perez are both firmly under contract for next year.

Follow @Wheels24
Would it make sense if either Vettel or Alonso - or both - drive for Aston Martin next year? Email us.

Pedro de la Rosa, who knows Alonso well from his days at McLaren and Ferrari, praised Racing Point's decision to base its 2020 car on last year's Mercedes.

He told Marca sports newspaper: "They took the regulations and said 'Let's see what we can do with them' and what we got was that pink Mercedes. Other teams could have done it. I know that the same (Mercedes) contract was offered to others and they declined, because they think it means the maximum is second place.

"But I think second place is something many people in Formula 1 would want at the moment."

We live in a world where facts and fiction get blurred
In times of uncertainty you need journalism you can trust. For 14 free days, you can have access to a world of in-depth analyses, investigative journalism, top opinions and a range of features. Journalism strengthens democracy. Invest in the future today. Thereafter you will be billed R75 per month. You can cancel anytime and if you cancel within 14 days you won't be billed.
Subscribe to News24
Related Links
F1 | 5 talking points ahead of the Austrian Grand Prix this weekend
Ricciardo already has one eye on next year, but 2020 could be a telling season
Next on Wheels24
First Leclerc's watch in Italy, now Vettel's bag stolen in Barcelona