An expensive exercise: F1 runs the risk of fewer talents joining its ranks 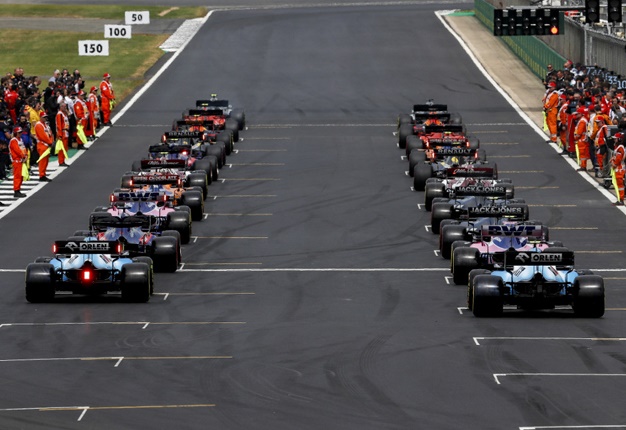 There is growing concern about the cost of racing, so much so that the British Racing Drivers’ Club believes talent is being missed because of the exorbitant costs.

The six-time World Champion will no doubt be inspiring many to try and follow in his footsteps all the way to Formula 1, but those young drivers with a working-class background are seeing growth stunted and dreams ended by the finances involved.

Derek Warwick, vice-president of the British Racing Drivers’ Club, says F1 risks missing out on the next generation of talented drivers as a result of the huge costs involved.

Which steps, do you think, can F1 take to make the sport financially viable for young drivers? Email us.

Warwick said: “If we are not careful, we are not going to get the next Lewis Hamilton because he is not going to be able to afford it unless his father or mother is a multimillionaire."

Warwick then used 19-year-old Johnathan Hoggard as a prime example of the flawed model.

Hoggard won the Aston Martin Young Driver of the Year of the year award, bringing with it BRDC membership, a £200,000 prize, a test with Red Bull, and a drive in the Aston Martin Vantage World Endurance Championship.

However, the harsh reality is those opportunities will still not help Hoggard reach the next level unless he can secure extra funding.

READ: 'Karting is getting more and more expensive' - Hamilton

Warwick added: “We are doing our little bit to try and help British motorsport, but it is difficult. With Johnathan I fear he might not be able to carry on his career because he hasn’t got enough money to make the next step. Which is really disappointing for me because he looks something special and it is rare you get someone so special coming through in British motorsport.

“Johnathan has no money behind him. He is an extreme talent but whether he can make it into F1 I am not really sure. If you have a big budget behind you or a wealthy family, it makes it easier but it is not impossible. It is possible but it is more luck or circumstances.”

Hoggard, who finished runner-up in the British F3 series in 2019, will be making his debut in the Daytona 24 Hours for Rick Ware Racing on January 25.

We live in a world where facts and fiction get blurred
In times of uncertainty you need journalism you can trust. For only R75 per month, you have access to a world of in-depth analyses, investigative journalism, top opinions and a range of features. Journalism strengthens democracy. Invest in the future today.
Subscribe to News24
Related Links
One of these drivers could partner Charles Leclerc at Ferrari in 2021
Verstappen 'must learn to shut his mouth' - Briatore
Next on Wheels24
Verstappen wins dramatic qualifying battle against Hamilton to start US GP on pole