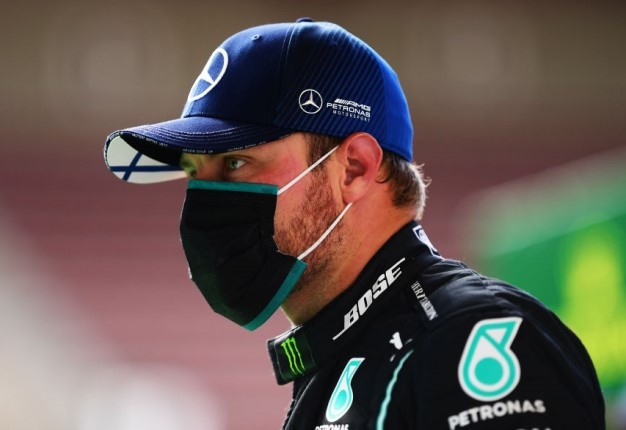 • Charles Leclerc put his Ferrari up into fourth place.

Valtteri Bottas took pole position after a back and forth battle with team mate Lewis Hamilton and Red Bull's Max Verstappen.

The Mercedes driver seemed to have been trailing both Hamilton and Verstappen during the closing stages of qualifying, but strung it all together to take the 14th pole of his Formula 1 career.

For Leclerc, it was another stellar performance in an underperforming car. The Ferrari driver again outperformed his car and made his presence felt in a session that saw his illustrious team mate, Sebastian Vettel, being eliminated after the second part of qualifying.

Prior to the start of third practice this morning, the Racing Point team announced that driver Lance Stroll is unwell. This prompted a flurry of arrangements from the team who had to find a replacement in case Stroll could not race.

A quick call to Nico Hulkenberg saw the driver arrive at the track and ready to perform a miracle. In the end, Hulkenberg qualified in the last place, but he missed out on the second part of qualifying by less than half a second.

READ: Valtteri Bottas tops the only practice session ahead of qualifying for 2020 Eifel GP

The significance of it all is that while the rest of the grid had run this morning, Hulkenberg’s only time behind the wheel was when qualifying came around. On his first run, he was 3.5 seconds off the pace, but in the end, he missed out by about 0.5sec. The conditions this weekend is not ideal. And with four laps under his belt (whereas others had ample practice this morning) this attempt by Hulkenberg is being lauded by F1 pundits.

Be sure to keep an eye on Hulkenberg in the race tomorrow. He has the potential to finish the race in the points.

We live in a world where facts and fiction get blurred
In times of uncertainty you need journalism you can trust. For 14 free days, you can have access to a world of in-depth analyses, investigative journalism, top opinions and a range of features. Journalism strengthens democracy. Invest in the future today. Thereafter you will be billed R75 per month. You can cancel anytime and if you cancel within 14 days you won't be billed.
Subscribe to News24
Related Links
Valtteri Bottas tops the only practice session ahead of qualifying for 2020 Eifel GP
Formula 1 CEO under threat for 'not caring' about Eifel Grand Prix in Germany
Next on Life
First Leclerc's watch in Italy, now Vettel's bag stolen in Barcelona