Has Vettel signed with McLaren for one year, Sainz to Ferrari? - reports A day after the shock announcement that Ferrari and Sebastian Vettel will part ways at the end of 2020, news broke that the German driver will sign with McLaren for 2021, according to various  motorsport news sitereports.

An official contract is yet to be confirmed, but the one-year deal would see Vettel remaining in the sport for at least one more year, but it is safe to assume that the driver will have the option to extend.

Vettel departs from Ferrari on the back of six unsuccessful seasons of trying to bring championship gold back to the once-dominant team.

When contract negotiations between Vettel and Ferrari hit a snag, it was immediately assumed that a new deal would not come to fruition. On May 12, both Ferrari and Vettel announced that they would be parting ways at the end of 2020.

The announcement came as little shock, given the rise of Charles Leclerc in 2019. Ferrari signed the young hotshot to a five-year contract at the end of 2019, which underlined its intentions to rest its championship hopes on him.

This shift in power left Vettel in the open, and his lackluster performance in 2019 did him no favours, as well.

The 'dream partnership' between Vettel and Ferrari may be over, but the driver will remain in the sport until at least the end of 2021.

Would you support Vettel at McLaren, why? Email us. 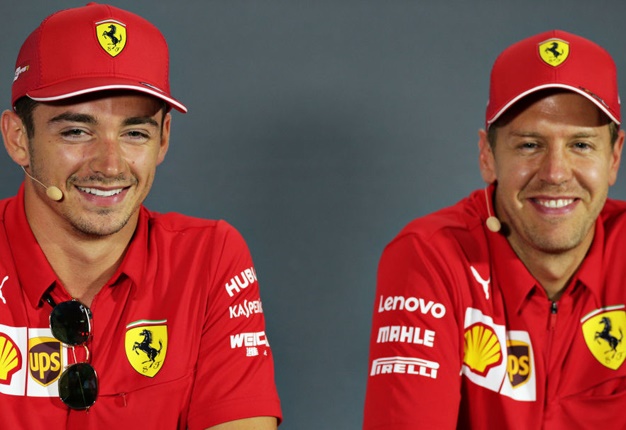 It's been said that Vettel holds the key to the 2021 driver market. What he decides will ultimately determine where many other drivers will end up. These drivers include Lewis Hamilton, Daniel Ricciardo, and Carlos Sainz Jr. Ricciardo and Sainz have been tipped to replace Vettel at Ferrari should the German walk away, and reports are suggesting that it has been the case.

Sainz and Vettel will reportedly swap seats in a move that'll see the Spaniard making the move up to Ferrari. Sainz, a driver who has always pulled on the shorter end of the F1 stick will now realise his dream of racing for a top team should these reports be confirmed.

Ferrari will reportedly announce Sainz as its second driver later this week, but it remains an open question as to how he and Leclerc will go about their business on track should he sign. Given that Leclerc is Ferrari's 'chosen one', just how the team will handle two hungry-to-win drivers is anyone's guess.

The Heppenheimer has been negotiating with McLaren team boss Andreas Seidl for a long time about the cockpit of Carlos Sainz. He is currently close to signing the contract with McLaren-Mercedes.#sebastianvettel #vettel #formula1 #f1 #ferrari #mclaren #news pic.twitter.com/7Aq2KAhOZl

We live in a world where facts and fiction get blurred
In times of uncertainty you need journalism you can trust. For only R75 per month, you have access to a world of in-depth analyses, investigative journalism, top opinions and a range of features. Journalism strengthens democracy. Invest in the future today.
Subscribe to News24
Related Links
Vettel is done with Ferrari, what's next? Here's where Seb could end up in 2021
SEE | Here's the full Ferrari statement on Vettel's future
Next on Wheels24
Verstappen wins dramatic qualifying battle against Hamilton to start US GP on pole