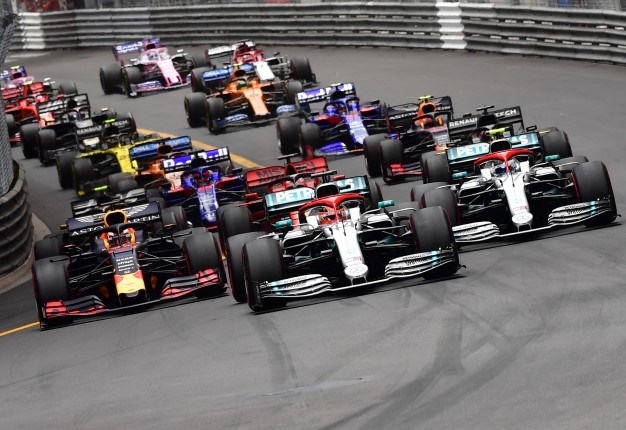 Alarm bells have been ringing for weeks about whether the sport can survive in its current format ahead of key talks Thursday between motor racing's governing body FIA, F1 bosses and the 10 teams who take part in the circuit.

"The crisis is the final wake-up call for a sport which was unhealthy and not sustainable and had reached a point where we need drastic changes," McLaren's team principal Andreas Seidl told journalists on the eve of the conference.

Formula One, the most expensive luxury brand of motorsport, has weathered financial storms before. Following the 2007-8 crisis manufacturers BMW, Honda, Toyota and Renault quit. In 2009, the French Grand Prix was cancelled and the Fuji circuit in Japan, owned by Toyota, dropped out.

But F1 cut costs and recovered.

This time the blow to the sport and the global economy is harder and the sport may be less well equipped to deal with it.

Two races (Australia, Monaco) have been cancelled, seven (Bahrain, China, Vietnam, Netherlands, Spain, Azerbaijan, Canada) have been postponed and the later rounds, starting with the French Grand Prix on June 28, are in doubt.

Ratings agency Moody's downgraded Formula One, owned by the American group Liberty Media, early in April but said it felt the sport could survive a lost season.

"Formula One has strong liquidity and a sufficiently flexible cost base to manage through a severely curtailed 2020 season," wrote Moody's, adding that F1 "would likely be able to support a full cancellation."

The sport's leadership is not ready to write this season off.

"If we were able to start at the beginning of July we could do a 19-race season," Ross Brawn, a F1 managing director, said on April 8.

Brawn said under FIA rules "eight races is the minimum we can have a world championship."

"We could achieve eight races by starting in October. So if you wanted a drop dead point it would be October."

The picture is different for the teams.

Even those with wealthy backers, such as Renault and Daimler (Mercedes' parent company) might rethink their future involvement in F1.

The uncertainty is increased because commercial and governance agreements for next season are still being negotiated by the FIA, Formula One and the teams.

One issue is reducing the spending cap, which is currently $175-million per team.

McLaren's Seidl says the impact of the coronavirus pandemic remains unknown but Formula One needs to assure its backers it can withstand the blow.

"With all the financial losses we will face this year and the magnitude being still unknown because we don't know when we will get back to racing, it is important we can show our shareholders that (whatever the) losses this year, you can compensate over the coming years."

The spending cap "is going to be lowered," FIA president Jean Todt told AFP on April 9.

"Motor racing, starting with F1, is too expensive," he said.

"But the pandemic is making it more difficult to cover these costs. There is a risk of losing teams and manufacturers."

Franz Tost of Alpha Tauri said his team would lose between $1.5-million and $2-million per race.

Asked if he could see teams going under, McLaren chief executive Zak Brown told the BBC: "I could see four teams disappearing if this isn't handled the right way."

"Given how long it takes to ramp up an F1 team, and given the economic and health crisis... to think there would be people lined up to take over those teams like there has historically been.

"I don't think the timing could be worse from that standpoint."

Yet Seidl was optimistic the crisis might accelerate reforms of the sport that his team needs.

"We have a good sport," he said. "Hopefully we can come out of this crisis with F1 in better shape.

We live in a world where facts and fiction get blurred
In times of uncertainty you need journalism you can trust. For only R75 per month, you have access to a world of in-depth analyses, investigative journalism, top opinions and a range of features. Journalism strengthens democracy. Invest in the future today.
Subscribe to News24
Related Links
F1 | Belgian Grand Prix in doubt for August 30
F1 should never have travelled to Australia - Raikkonen
Next on Wheels24
F1 LIVE | 2021 United States Grand Prix - 3rd Practice