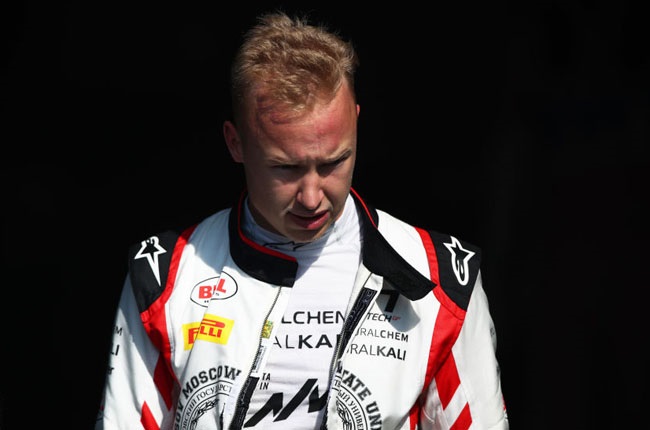 Nikita Mazepin of Russia and Hitech Grand Prix following practice ahead of the Formula 2 Championship at Sochi Autodrom on September 25, 2020 in Sochi, Russia.
Photo by Joe Portlock - Formula 1

Formula 1 will meet with the 20 drivers when the season gets up and running in Bahrain, to discuss the importance of them being "positive ambassadors" for the sport.

The news comes as F1 CEO Stefano Domenicali admits that the recent Nikita Mazepin groping scandal was "not acceptable" - and as the 2021 Haas rookie has now been fined in a British court for running a red light last June.

"I would say that it was pretty clear what Mazepin did was not acceptable," Domenicali said on Thursday (4 Feb).

"We need to make sure that in the discussions that we will have that they understand we cannot joke about certain things.  It's not possible.

"They are too important not to understand and embrace that they are role models."

The 'discussions' Domenicali is referring to will follow a letter he wrote to GPDA president Alex Wurz, outlining "how important it is that the drivers understand their value in being a positive ambassador for F1".

"Not only the sport, also the values on which F1 is focussed," said the Italian. "The 'we race as one' project, the diversity and sustainability projects. I invited them to a meeting - the target is to have it in Bahrain - to discuss and share this opportunity," Domenicali added.

Full send into the weekend ??

Amid the fierce and ongoing anti-Mazepin campaign on social media, Haas boss Gunther Steiner says 21-year-old Mazepin has "understood" the seriousness of his indiscretions.

"We settled it privately," he told n-tv. "I won't go into the details.

"It wasn't right, Nikita apologised, he knows it's wrong and for me that is a sign that he understood."

We live in a world where facts and fiction get blurred
In times of uncertainty you need journalism you can trust. For 14 free days, you can have access to a world of in-depth analyses, investigative journalism, top opinions and a range of features. Journalism strengthens democracy. Invest in the future today. Thereafter you will be billed R75 per month. You can cancel anytime and if you cancel within 14 days you won't be billed.
Subscribe to News24
Related Links
OPINION | Money talks loudest in F1 as Nikita Mazepin's unruly actions are 'forgiven'
#WeSayNoToMazepin: Now 41 000+ fans sign petition for Nikita to be dropped from Haas F1 team
Haas-bound Nikita Mazepin apologises after posting groping video on Instagram
Next on Wheels24
First Leclerc's watch in Italy, now Vettel's bag stolen in Barcelona