• Raikkonen has won only once since rejoining Ferrari in 2014

The curious case of Kimi Raikkonen. What's not been said about Formula 1's Iceman that's not already been said?

Raikkonen, who joined the sport in 2001, first joined Ferrari in 2007. After three seasons, he was replaced by Fernando Alonso, only to make a return to the team in 2014. His second spell, from 2014 - 2018, was somewhat subdued because Raikkonen could never revive the glory days of from his first year at Ferrari.

Despite several average seasons, Raikkonen remains the driver to have last won a championship for and with Ferrari (in 2007). Still, not even the motivation of being the team's last champion was enough to propel him into championship contention.

Can Raikkonen win one more race before quitting F1? Email us with your thoughts. 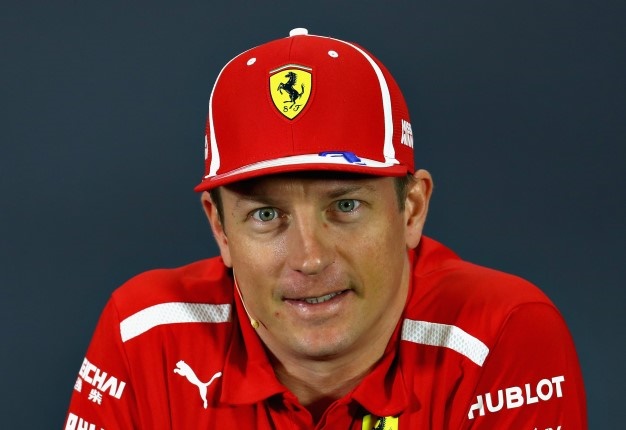 Raikkonen is no stranger to race victories, but for today we will focus on his second stint at Ferrari, only.

2014, when he rejoined the team, he finished the year in a lowly 12th place overall. Fernando Alonso, his team mate, managed a sixth-place finish, which only proved that Ferrari's first car in the turbo-hybrid era was dog slow. It was so bad that, between the two, they suffered three race retirements and more than two-hands full of finishes outside of the podium.

In 2015, Raikkonen was partnered with Sebastian Vettel, who was drafted in from Red Bull Racing. Again Raikkonen failed to score a win throughout the season but did manage five race retirements. Ferrari improved the car over the previous year's, which catapulted Raikkonen to a fourth-place finish in the championship standings. Vettel was third.

2016 was almost a carbon copy of the previous year, as Raikkonen suffered a total of four race retirements. He did, however, finish on the podium four times, which included two second-place finishes. At the end of the year, Raikkonen ended the season in sixth place, with Vettel in fourth.

The following year, Raikkonen scored the fourth most points, despite suffering two retirements and failing to start the Malaysian GP. He made an appearance on the podium a total of six times, but again that was not for winning. Vettel ended the season in second place.

Then came 2018: Raikkonen's last year with Ferrari before being delegated to Alfa Romeo and replaced with Charles Leclerc. Again, four race retirements came his way that year, but he did, at least, managed to win the American Grand Prix after starting in second place. This was Raikkonen's last win in F1, and it propelled him to a third-place finish at the end of the season - behind team mate Vettel. Contrary to what you might think of Raikkonen, he is a proven race winner after standing on the top step of the podium 21 times. In his McLaren years, from 2002 -2006, he won a total of nine races. At Ferrari, from 2007 - 2009, he won a further nine more. Returning to the sport with Lotus after a few years away, Raikkonen won the Abu Dhabi GP in the closing stages of 2012, and again in Australia 2013 - the opening race of that year's season.

Like all drivers, Raikkonen has a unique driving style, which meant that if the car was not to his liking, he'd find it difficult to extract the maximum from it. While drivers like Lewis Hamilton and Fernando Alonso - his peers - could adapt their styles, Raikkonen had a harder time doing it. Should he have won more races and championships in F1? Undoubtedly, yes!

2020 will probably be Raikkonen's last year in F1, before either taking up a managerial role at Alfa Romeo or walking away entirely. The first option is not an unlikely one, seeing that Raikkonen took a pay-cut when joining the team in 2019 in return for shares. One thing is for sure, though: Formula 1 will never see the likes of Kimi Raikkonen ever again. He is a once-in-a-lifetime entity with a uniqueness that's hard to find.

We live in a world where facts and fiction get blurred
In times of uncertainty you need journalism you can trust. For 14 free days, you can have access to a world of in-depth analyses, investigative journalism, top opinions and a range of features. Journalism strengthens democracy. Invest in the future today. Thereafter you will be billed R75 per month. You can cancel anytime and if you cancel within 14 days you won't be billed.
Subscribe to News24
Related Links
F1 Gold | The time Kimi Raikkonen won the 2005 Suzuka GP from 17th on the grid
Raikkonen 'not excited' to become most experienced driver in F1 history
Next on Wheels24
First Leclerc's watch in Italy, now Vettel's bag stolen in Barcelona