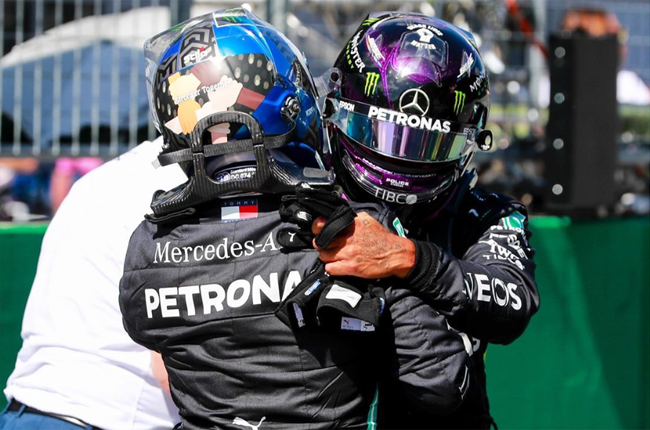 • Vettel out of the running for 2021 seat at Mercedes.

• George Russell looks to remain with Williams next year.

Mercedes' current drivers appear to be making moves to ink new deals for 2021.

One of those boys is Valtteri Bottas, who earlier also looked at risk of being ousted in favour of George Russell.

But it now appears that Russell is tied to Williams for 2021.

Russell said in Austria: "I do have a contract for next year with Williams, so you know ultimately it's potentially in Claire's hands of where my future lies."

That is good news for 2020 championship leader Bottas, who admitted that last year's uncertainty about his future affected his performance.

When asked if he might sign an earlier deal this time around, the Finn said in Austria: "I really hope so, although the season is unusual this time so it can't be compared to before. I do hope that we will soon be able to close the topic of the contract and not think about it anymore."

As for world champion Lewis Hamilton, his best option for 2021 is clearly Mercedes and so he is now openly contemplating a new contract.

He told the German broadcaster RTL: "It is very possible that this will be my last contract with them (Mercedes). If it is, I want to be sure that I have thought about everything very thoroughly."

We live in a world where facts and fiction get blurred
In times of uncertainty you need journalism you can trust. For only R75 per month, you have access to a world of in-depth analyses, investigative journalism, top opinions and a range of features. Journalism strengthens democracy. Invest in the future today.
Subscribe to News24
Related Links
Can Lewis Hamilton bounce back from a disastrous opening race?
Can Bottas maintain his momentum throughout 2020 and beat Hamilton to the championship?
Next on Wheels24
Saudi F1 chief says debut is a 'signal' to the world', calls for Justin Bieber to cancel act