• The 2020 Formula 1 season will be remembered for various reasons, including Covid-19.

• Nico Hulkenberg made a surprise return to the sport this year, registering good results in the process.

Wow, what a season we've had! One can almost not believe that 17 races in a topsy-turvy 2020 Formula 1 season have come and gone, with the final race-weekend taking place as we speak. The season had its fair share of ups and downs, starting with the Australian Grand Prix in March being cancelled mere hours before the first practice session got underway.

This was followed up by three months of inactivity as the sport respected the international lockdown rules as a measure to curb the spread of Covid-19. But as we've seen in Australia, even F1 and its drivers are not exempt from contracting it.

The season also saw several records being broken, 'super subs' stepping up to the plate, and rookies putting pen to paper to race in the sport come 2021.

Here's a quick recap of how the season played out.

Late 2019, the world was put in high alert as a virus, stemming from China, made its way around the world. Called the Coronavirus, or Covid-19, it brought the world as we know it to its knees. In those early months, Australia was one of the countries hit the hardest by it - the very venue for the opening round of the 2020 season. And as luck would have it, a member of the McLaren team was diagnosed with Covid-19. The sport was in two minds: do we continue racing and ignore the danger signs, or do we call off the race and play it safe?

It was unanimously decided to postpone the season, but it wouldn't stop there. Several races were cancelled and the sport, at the 11th hour, had to find replacement races. With 21 races scheduled for this season, the FIA and F1 pulled off a miracle by hosting 17 races in 2020. A full season of F1 in a year where lives and all-round activities were put on notice.

Sadly, three drivers contracted Covid-19 this year. Both Racing Point racers - Sergio Perez and Lance Stroll - tested positive at one point this season, and Lewis Hamilton contracting the virus after his win in Bahrain two weeks ago. All three drivers made a recovery and resumed their racing duties. Hamilton will race this weekend in the final race of the season. Interestingly, since joining the sport in 2007, Hamilton has not missed a single race. Last weekend's Sakhir GP was the first time he had to sit out a race. When Perez tested positive, Racing Point had to find a replacement driver who could get up to speed with the car in a short amount of time and bring home good results. The list of possible candidates was not very long, but the team decided to rope in the services of erstwhile driver, Nico Hulkenberg.

Hulkenberg was ousted by his Renault team at the end of the 2019 season, but has always been rated as a fast, consistent driver. When he stepped into Perez's car, he was right on the button and rewarded the team's trust in him. He raced two consecutive races for the team - the British and 70th Anniversary GPs - something that caught the eye - and respect - of many teams in the paddock. He was brought in again several races later when the sport headed to Germany for the Eifel GP. With two hours before qualifying got underway, the Hulk rocked up at the venue to stand in for a Covid-positive Stroll. Starting last, he eventually finished the race in eighth place. The result duly gave him the nickname of F1's 'super sub'.

READ: Sergio Perez may have won in Bahrain, but the win wasn't his to begin with

When Hamilton contracted the virus, his Mercedes team called up Williams driver, George Russell. Russell qualified second for the Sakhir GP but took the lead at the start of the race. Had it not been for a 'colossal f**k up' with his pit stop, he would have won the first race of his career. Rumours have begun floating around the F1 world that Russell could race for Mercedes in 2021, replacing an underperforming Valtteri Bottas. 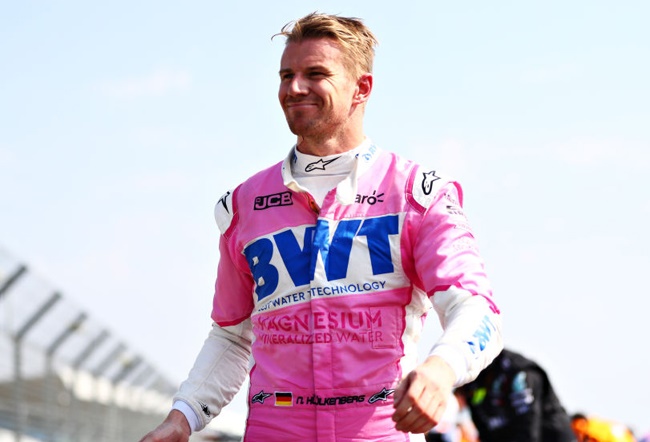 The Haas F1 team also announced that it would not be renewing the contracts of its current drivers, Romain Grosjean and Kevin Magnussen. Instead, the team will look to two completely new drivers in the form of Mick Schumacher and Nikita Mazepin. Schumacher is the son of seven-time F1 champion, Michael Schumacher, and came out on top in this year's Formula 2 championship. Given his close ties with Ferrari, Haas, who is also affiliated with the Italian team, had no issue signing a champion driver.

Mick comes with a surname that will attract sponsors and will no doubt see the team increase its stock in F1. For Schumacher Jr., however, he will have a lot of pressure on his shoulders to lift the team from the doldrums and into a competitive space. His performance over (at least) the next two seasons could see him join a front-running team - like Ferrari - as soon as 2023. If all goes to plan.

Schumacher's new team mate at Haas is a bit of a controversial figure. The 21-year-old Mazepin is known for throwing his toys around and has been on the wrong side of a penalty more times than he'd like. Haas team boss, Guenther Steiner, warned the Russian driver not to bring his "mistakes" into F1, but mere days later Mazepin was involved in a groping scandal. Click here to read more on it.

Mazepin is backed by his billionaire father, Dmitry Mazepin, who Haas hopes will invest in the team.

At the start of the Bahrain GP, Grosjean attempted a manoeuvre but connected with Daniil Kvyat's AlphaTauri. The impact sent the Haas driver into the barricade and saw his car burst into a ball of fire. The incident was so severe that the race was immediately red-flagged (stopped), with medical personnel and fire marshals rushing to the scene.

Grosjean escaped the accident with his life intact and with burn wounds to his hands and feet. The impact split his car in two, with him and the front half of the car ending up on the other side of the barriers.

That being the third-last race of the season, Grosjean's F1 career is effectively over, but he will forever be remembered as the driver who jumped out of an on-fire F1 car as if it was just another crash. He did ask for only one more drive in an F1 car in 2021, to which the Mercedes team agreed if his 'old' financially-stricken Haas team could not see to a private test.

We live in a world where facts and fiction get blurred
In times of uncertainty you need journalism you can trust. For 14 free days, you can have access to a world of in-depth analyses, investigative journalism, top opinions and a range of features. Journalism strengthens democracy. Invest in the future today. Thereafter you will be billed R75 per month. You can cancel anytime and if you cancel within 14 days you won't be billed.
Subscribe to News24
Related Links
SA race car driver Alan van der Merwe part of crew that rescued Romain Grosjean from fiery F1 wreck
BREAKING | Lewis Hamilton to miss Sakhir Grand Prix following positive Covid-19 test
The blunder of all blunders that got George Russell off the winner's podium in Bahrain
Next on Wheels24
First Leclerc's watch in Italy, now Vettel's bag stolen in Barcelona