Williams potentially up for sale, McLaren and Renault cutting staff and world champions Mercedes having to deny they are pondering a dramatic exit from Formula One.

All this and the season still hasn't started yet.

AFP Sport looks at the current state of Formula 1:

The likes of Nigel Mansell, Alain Prost and Damon Hill were all world champions behind the wheel of a Williams car. However, it's 23 years since the British team last claimed the championship courtesy of Jacques Villeneuve.

On Friday (May 29), and after two years of struggles, Williams said that they are considering selling up after a multi-million pound drop in the company's financial results.

The William Grand Prix Holdings group reported an adjusted loss of $15.9-million for the year ending 2019. After posting a 12.9 million profit in 2018, Williams have responded to the blow by seeking new investment. A minority or majority stake will be offered to investors, along with the option for an outright buy-out.

She told the BBC: "I have every confidence we will find the investment we need."

In 2019, Williams finished last in the championship, scoring just one point. Friday also saw them split with title sponsor Rokit. 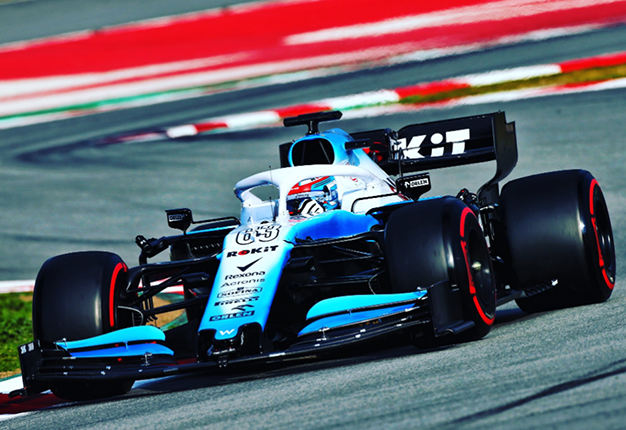 Renault said they will continue to run an F1 team, despite announcing nearly 15 000 job losses in the wake of plummeting car sales.

Interim Renault chief, Clotilde Delbos, said: "We said publicly and we confirm that we intend to stay in F1. The news about the new budget cap is very good for us, because we had less in this area than some of our competitors which were spending a lot of money."

Renault were fourth in the constructors standings in 2018, but slipped back to fifth last year.

The McLaren group is cutting 1200 jobs and signficantly scaling down its racing division after the coronavirus crisis hit sales. The restructuring affects over a quarter of the company's 4 000 jobs with executive chairman Paul Walsh warning the cuts "will have a significant impact on the shape and size of our F1 team".

British media reports said about 70 of the racing team's 800 jobs will be eliminated.

McLaren, the second-oldest team on the grid, have won 12 drivers' titles - including with racing legends Alain Prost and the late Ayrton Senna - and the constructors' championship on eight occasions.

They were fourth in the constructors in 2019 with Carlos Sainz, bound for Ferrari in 2021 to replace four-time world champion Sebastian Vettel, taking a creditable sixth in the drivers standings. Spending by teams will be capped at $145-million in 2021, with a subsequent limit of $135m by 2023 as the sport's rulers attempt to stem the bleeding from the coronavirus pandemic.

Before the pandemic struck, a spending cap of $175m was set to be introduced next year in a bid to help even up the competition. As well as a budget cap, the FIA also agreed to a host of changes to technical and sporting regulations.

The most significant of these is the introduction of a handicap system for aerodynamic development, also set for 2021. Daimler said in a statement: "Speculation regarding a potential withdrawal from F1 continues to be unfounded and irresponsible. The sport has taken the right measures to address the consequences of the Covid-19 pandemic and its future financial sustainability, and we welcome these steps. It is our clear intention to continue competing in F1."

Mercedes have won the drivers' and constructors' championships in each of the past six seasons. Last year, they captured 15 of the 21 races as Lewis Hamilton romped to a sixth world title. 6. Now, what about the racing?

The 2020 season has been in cold storage ever since the chaotic retreat from the proposed season opener in Australia in March.

Cancellations and postponements have piled up, but the season will take off with two back-to-back races in Austria on July 5 and 12.

However, Silverstone's hopes of also staging two races are on a knife-edge after the British government said they intended to introduce a two-week quarantine for all visitors to the UK from mid-June.

We live in a world where facts and fiction get blurred
In times of uncertainty you need journalism you can trust. For only R75 per month, you have access to a world of in-depth analyses, investigative journalism, top opinions and a range of features. Journalism strengthens democracy. Invest in the future today.
Subscribe to News24
Related Links
Renault to stay in Formula 1 despite 15 000 job cuts
Williams F1 team reveals it is for sale
Next on Wheels24
OPINION | Lewis Hamilton needs to realise tantrums are for spoiled children