Austria - Would you drink from a race drivers shoe? Well neither would Mercedes' Valterri Bottas as he rejects Daniel Ricciardo's 'shoey' ritual at the 2017 Austrian GP.

Bottas has taken a comfortable victory at the 2017 Austrian GP after starting the race in pole position.

After the race, Ricciardo cheekily tried to get Bottas to perform a 'shoey' but was rejected by the Mercedes driver.

Check out Bottas rejecting a shoey below:

At the 2017 Arzebaijan GP, Ricciardo convinced teenager Lance Stroll to drink his shoe. Check out his  reaction below: Racers are not the only ones targeted by Ricciardo to do the shoey, as earlier this year, he managed to get English acting legend Patrick Stewart to do the shoey with him at the Canadian Grand Prix. 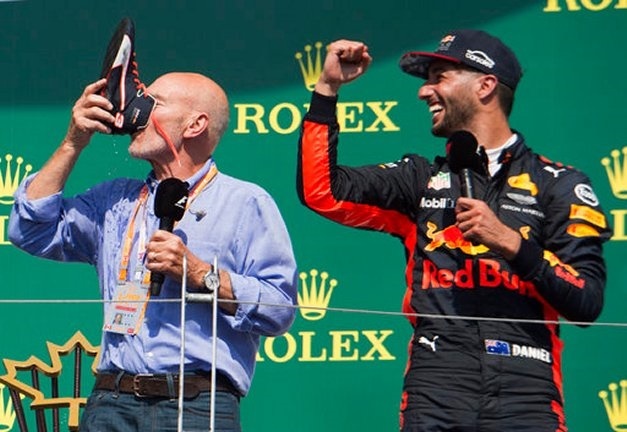 We live in a world where facts and fiction get blurred
In times of uncertainty you need journalism you can trust. For only R75 per month, you have access to a world of in-depth analyses, investigative journalism, top opinions and a range of features. Journalism strengthens democracy. Invest in the future today.
Subscribe to News24
Related Links
'I gave it everything' - disappointed Hamilton
Bottas beats Vettel in Austria, Hamilton fourth
Next on Wheels24
OPINION | Why F1 will forever ignore sprint race criticism