Racing Point could be 'dangerous to beat' in 2020 - Carlos Sainz 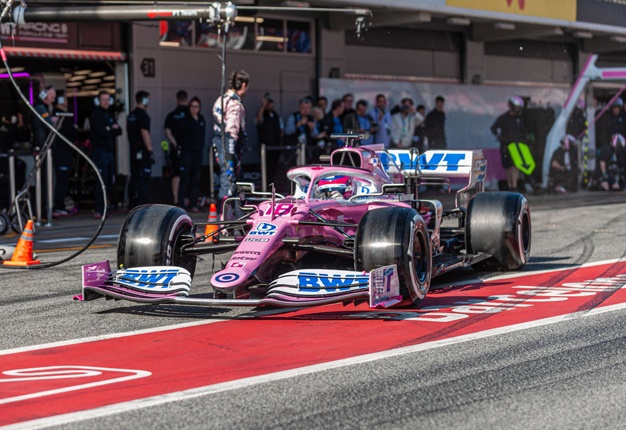 In what will be their final Formula 1 season under the identity before becoming Aston Martin, Racing Point started the controversy early in pre-season testing with their overhauled aero philosophy.

The problem was that this redesigned RP20 had an uncanny resemblance to Mercedes' W10 which earned a sixth consecutive Drivers' and Constructors' title double in 2019.

It did little to please their rivals, and the impressive pace which they showed throughout pre-season testing sparked talk of them possibly even challenging Ferrari at the season-opener in Australia.

Of course testing is a very poor guide to judging where the teams stand in terms of performance, but Sainz nonetheless expects the RP20 to be "very quick".

The McLaren driver is quoted by Autosport: "I think every single team, at some point of the tests, they've done a very strong lap time, so it's very difficult to know who is in front of the midfield or behind. I think the Racing Point and even the AlphaTauri, I would put them as probably the most dangerous guys to beat.

"The team (McLaren) doesn't have a clear picture of how far we are from the top three. But we will see immediately in FP1, FP2 (in Melbourne), when we will run the same fuel loads or more or less. On the midfield, the Racing Point – they've been very quick the whole of the two weeks."

"They hit the track on the first day and they did a 1min17:3. And since then they haven't improved much because I don't think they want to – but that 17.3 on the first day, I think it impressed all of us and they're going to be quick, very quick."

We live in a world where facts and fiction get blurred
In times of uncertainty you need journalism you can trust. For 14 free days, you can have access to a world of in-depth analyses, investigative journalism, top opinions and a range of features. Journalism strengthens democracy. Invest in the future today. Thereafter you will be billed R75 per month. You can cancel anytime and if you cancel within 14 days you won't be billed.
Subscribe to News24
Related Links
F1 | Racing Point to become Aston Martin in 2021
What Lawrence Stroll's 20% stake in Aston Martin could mean for F1
Next on Wheels24
Schumacher needs to get to Magnussen's level, says Haas boss Steiner