• Can things get any worse for the Italian F1 team?
• Racing Point's improved car has everyone talking.
• Does Sebastian Vettel have any other option for 2021?
• For more motoring stories, go to www.Wheels24.co.za

1. Ferrari further down the spiral

This is probably the worst start to a season for the Italian constructor since 1992. Apart from a fortuitous podium in Round 1 for Charles Leclerc, Austria has not been a happy stop for F1's most successful team.

Current drivers Sebastian Vettel and Leclerc are without a doubt better than that season's Jean Alesi and Ivan Capelli. For the second consecutive weekend, their qualifying pace was average at best with this also being the second time in four races that the two drivers collided with each other.

No doubt there's a mammoth task ahead of the team going forward, and I don't think the current management team are the right people to lead the way.

Ferrari is undoubtedly finding themselves in deep trouble.

2. Next move for Vettel

On Friday, Red Bull Racing closed the door quite firmly on any chances of the man who took four titles with the team returning for 2021. This does not leave him with many other options for after this season.

I somehow do not see a move to Mercedes on the cards.

Aston Martin could be an option, but with Lance Stroll's dad being co-owner and the great form shown by Sergio Perez, it is unlikely that there will be a seat open.

Perhaps the most realistic option will be to take a sabbatical and come back in 2022. At 33 years of age, the German has still got a lot of racing in him. This certainly worked for Alain Prost back in 1993; another multiple-champion left with no options after a dismal time at Ferrari. 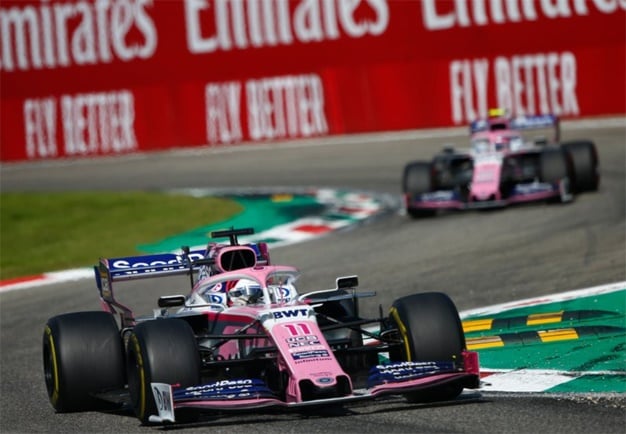 The two Racing Points do look competitive in 2020, and yes, they also do look a lot like the 2019 Mercedes. Shortly after the Styrian GP, Renault filed their protest alleging that the brake ducts used on this year's Racing Point were derived from the ones used by Mercedes in 2019.

Subsequently, the parts in question were impounded with the FIA set to investigate this. Brake ducts are listed as a component that must be designed by the constructor itself.

There is however no denying that Racing Point has stepped up to become the early midfield leaders. Before the start of the season, their car was already inspected and cleared by the FIA.

I believe that Renault are clutching at straws here and I will be very surprised if anything comes from this. Two rounds in and Mercedes are leading the Constructors' championship with Valtteri Bottas and reigning champion Lewis Hamilton on top of the Drivers' standings; each having taken a win.

Fact is, Bottas in the same car was 1.5 seconds behind his team mate. Hamilton has proven his skill in the rain already, and with six titles behind his name, even his most prominent critics can not say that he is not one of the all-time greats.

They did not look as dominant in Round 1, but in 2018 they came from a worse start to take the title. And they're looking good for a seventh-consecutive Drivers' and Constructors' double-title in 2020 already.

We live in a world where facts and fiction get blurred
In times of uncertainty you need journalism you can trust. For only R75 per month, you have access to a world of in-depth analyses, investigative journalism, top opinions and a range of features. Journalism strengthens democracy. Invest in the future today.
Subscribe to News24
Related Links
'I want to inspire children of colour' - Stephanie Travers, the first black woman on an F1 podium
Ferrari should have fined Leclerc - Briatore
Next on Wheels24
OPINION | Lewis Hamilton needs to realise tantrums are for spoiled children