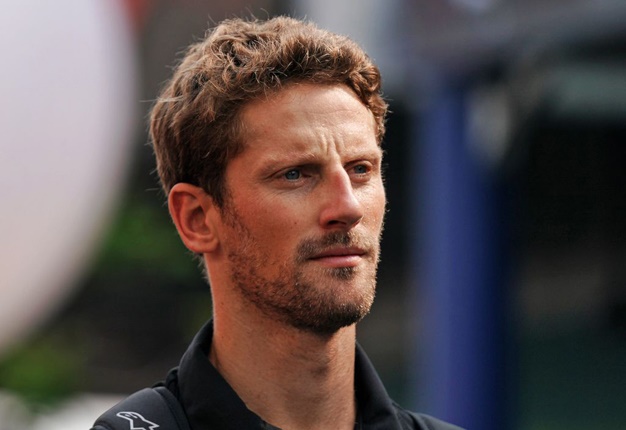 • Romain Grosjean escaped death at the 2020 Bahrain GP in a fiery crash.
• He was unable to race the last two F1 events of the year.
• While his F1 career has ended, he will be racing in the 2021 IndyCar Series.
• For more motoring stories, go to Wheels24.

Romain Grosjean has revealed the skin on his left hand is "98 per cent" healed after announcing plans to return from his horror crash at the Bahrain Grand Prix in the 2021 IndyCar series.

Grosjean cheated death on November 29 when his Haas penetrated a steel barrier at 140mph on the opening lap in Bahrain and burst into flames.

The 34-year-old Frenchman scrambled to escape his burning cockpit for almost half-a-minute before he was airlifted to hospital, where he spent three nights recovering from his ordeal.

"The left hand is the one that is the most damaged; the right is good," Grosjean said on Twitch.

"The left (hand) skin is almost fully recovered, 98 per cent in terms of surface.

"I had a left thumb ligament that was also pulled away, so I had to get surgery on it but it's quite stable, so I'm also working on rehab and getting it to work and getting the mobility on it.

"Putting on racing gloves, I'm waiting maybe another week – but I should be all right."

Grosjean's Formula One debut came in 2009 with Renault and he has made 179 Grands Prix starts and had 10 podium finishes.

He has all but ruled out a return to F1, although he is still waiting on a one-off Mercedes test that was touted in 2020.

"I'm still very keen on jumping in the Mercedes F1 car for sure; it's an offer you cannot refuse," Grosjean said.

"Just for me to have an understanding of the taste of that car and how it was working, but I won't bother Toto (Wolff, Mercedes F1 boss) right now. He can expect to get a phone call eventually.

Grosjean missed the final two F1 races of 2020 after his Bahrain accident and, with his Haas contract having expired, he announced on Wednesday (3 Feb) that he will be competing in the 13 road course events in the 2021 IndyCar Series for Dale Coyne Racing.

"I'm super happy and delighted," said Grosjean, who will not contest the Indianapolis 500, nor any other oval events.

"It's going to be a nice challenge and a nice chapter for my next career path. I was going to do the full championship but then, obviously, Bahrain happened.

"For a moment I thought I was dead, in Bahrain, and being a father of three kids I need to be sensible in my decisions, in my choices in the future and at the minute I don't feel comfortable… for my kids and my wife, to race ovals – at least the speedways.

"One thing I've learned with my accident is that life is short, and I want to have the choice to say no to some things, and if that's being in Formula 1 to barely go out of Q1 once or twice a year, I think that chapter is closed for me.

"I would much rather look at other places where I can go race and potentially try to win races."

We live in a world where facts and fiction get blurred
In times of uncertainty you need journalism you can trust. For 14 free days, you can have access to a world of in-depth analyses, investigative journalism, top opinions and a range of features. Journalism strengthens democracy. Invest in the future today. Thereafter you will be billed R75 per month. You can cancel anytime and if you cancel within 14 days you won't be billed.
Subscribe to News24
Related Links
F1's Romain Grosjean not betting on being 'a hand model' following surgery
How Romain Grosjean went from hero to zero to hero
The agony; the ecstasy and the irony of being Romain Grosjean
Next on Wheels24
First Leclerc's watch in Italy, now Vettel's bag stolen in Barcelona