• No Ferrari-powered driver was near the front of the field last year.

While we wait patiently on the 2021 Formula 1 season to start turning its wheels, it is a good opportunity to reflect on the past season and what it brought to the table. The biggest news coming from 2020 is Lewis Hamilton matching Michael Schumacher by winning a seventh F1 Drivers' championship, and breaking - and setting new - records along the way.

Throughout the season, the 17 races raced counted for a total of 1037 laps. That's a decent amount, but it could have been far more had the season not been affected by Covid-19. It would be fair to assume that Hamilton, his team mate Valtteri Bottas, and Max Verstappen would be the drivers to dominate the list of drivers who led the most number of laps, but the real surprise is the drivers who make up the remainder of the list.

Of the 20 drivers that competed in last year's championship - 23, if you include Nico Hulkenberg, Jack Aitken, and Pietro Fittipaldi - only nine managed to lead a race at some point. And interestingly, not one of these drivers were powered by a Ferrari engine. Hamilton has had an immensely successful 2020 campaign and duly impressed en route to a seventh championship. Despite missing the Sakhir Grand Prix after testing positive for Covid-19, Hamilton led the most number of laps last year. On 613 laps, he has been at the front of the grid three times more than his Mercedes-AMG team mate, Bottas; who 'only' managed 188 laps. Not taking anything away from the Finnish driver, but he should have been far closer to Hamilton's number than a measly 188.

Red Bull Racing's Verstappen led the third-highest number of laps on 87, followed by George Russell on 59. Russell stood in for Hamilton at the Sakhir GP. After qualifying second behind Bottas, Russell got the jump on the Fin at the start of the race and led impeccably until a stuff up in the pits prevented him from registering his first win.

Lance Stroll (Racing Point) led 32 laps, while his team mate, Sergio Perez, was at the front for 26 laps. Perez won the Sakhir GP - his first in F1. He will race for Red Bull in 2021 and partner Verstappen.

See the gallery of images below. Click on the white arrows to scroll through the pictures. 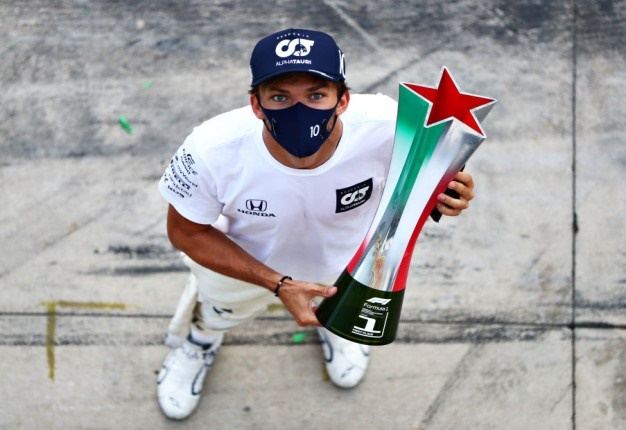 Alex Albon (Red Bull Racing) led one lap in 2020
Getty Images Mark Thompson
We live in a world where facts and fiction get blurred
In times of uncertainty you need journalism you can trust. For 14 free days, you can have access to a world of in-depth analyses, investigative journalism, top opinions and a range of features. Journalism strengthens democracy. Invest in the future today. Thereafter you will be billed R75 per month. You can cancel anytime and if you cancel within 14 days you won't be billed.
Subscribe to News24
Related Links
Lewis Hamilton is yet to sign new contract, as power struggle brews behind closed doors at Mercedes
McLaren's Lando Norris tests positive for Covid-19
2021 marks the return of Aston Martin to Formula 1 in 2021
Next on Wheels24
First Leclerc's watch in Italy, now Vettel's bag stolen in Barcelona