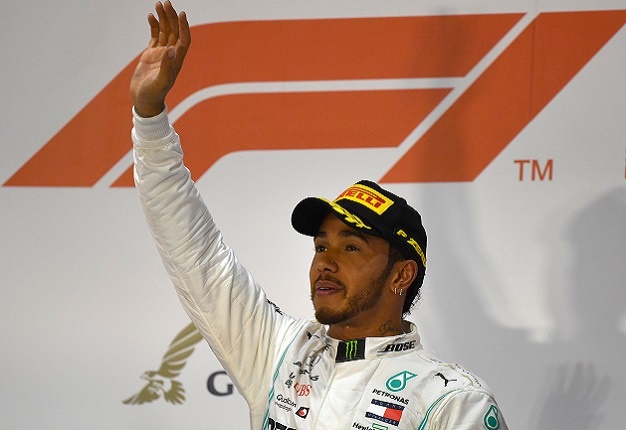 Mercedes British driver Lewis Hamilton celebrates on the podium after winning the Formula 1 Bahrain Grand Prix at the Sakhir circuit in the desert south of the Bahraini capital Manama, on March 31, 2019. Image: Andrej ISAKOVIC / AFP

Lewis Hamilton has urged reporters to "chill" rather than denounce Formula 1 as boring.

Mercedes has won every race so far in 2019 except for Austria, where the team suffered cooling problems.  Red Bull's Max Verstappen and Charles Leclerc, in the Ferrari, instead tussled for victory in a thrilling race.

"You guys have been begging for racing for ages and you got it," championship leader Hamilton told reporters.

"Ultimately, I guess what it shows is that you can't look at just one weekend and complain because that is what seems to happen.

"One weekend doesn't go so well and then everyone is like, 'oh racing is boring'.  Then you have a race like this and it's exciting, then the next race it's boring again.

"You just have to make up your mind, and chill.  Racing is racing," Hamilton added.

We live in a world where facts and fiction get blurred
In times of uncertainty you need journalism you can trust. For only R75 per month, you have access to a world of in-depth analyses, investigative journalism, top opinions and a range of features. Journalism strengthens democracy. Invest in the future today.
Subscribe to News24
Related Links
'The car felt amazing' says a delighted Leclerc as Hamilton hit by grid penalty in Austrian GP
Wolff, Hamilton, also want 'more exciting races'
Next on Wheels24
Lewis Hamilton hits back at critics calling him a 'lucky champion'